A journey into the dream world.. 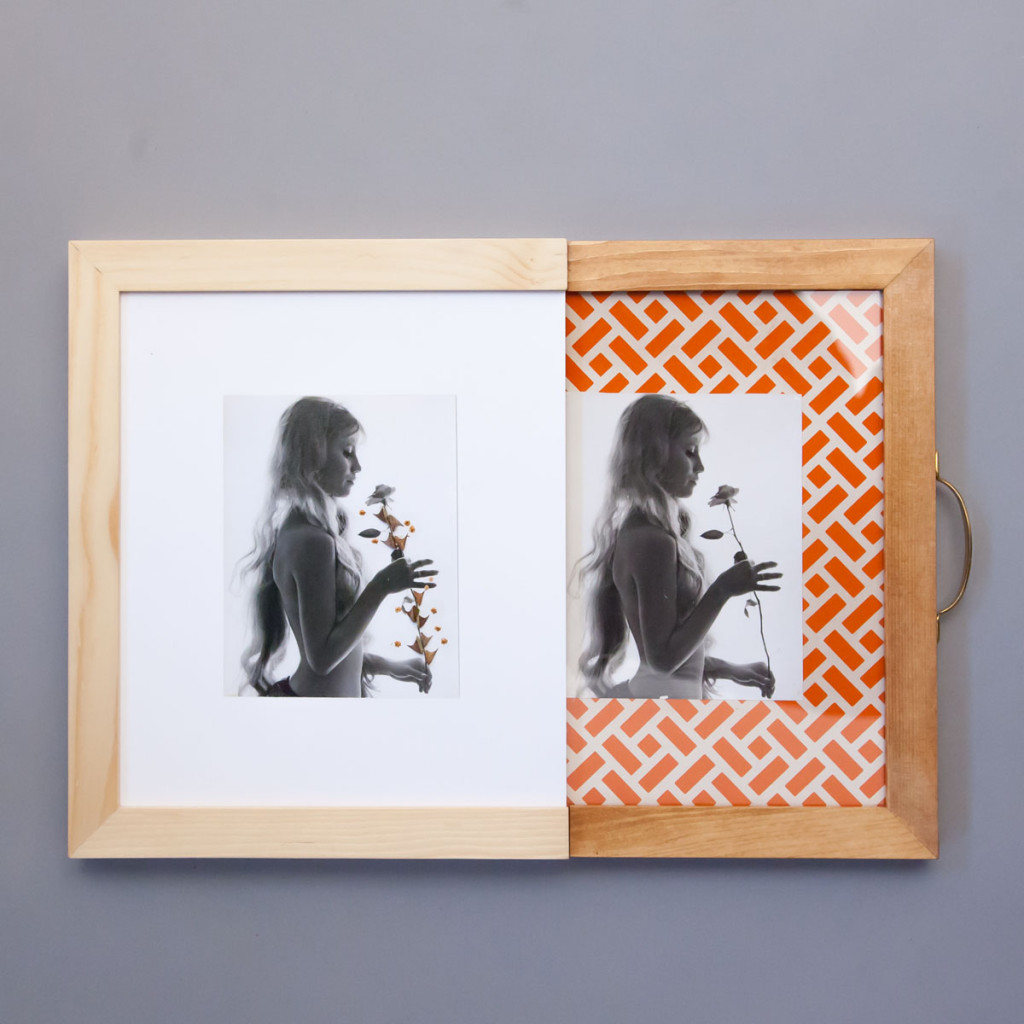 Last 8 th March at MIA PHOTO Fair the BNL Prize BNP Paribas Group, awarded by a jury of experts to the best among the artists proposed by the galleries, was awarded to the Joie de Vivre project by Letizia Cariello, represented by the Massimo Minini Gallery in Brescia.  This is, as the jury’s motivation states, a broad conceptual project that reinvents photography introducing a narrative based on sensitivity. The work consists of a series of 20 photographs taken from Cristiana Carminati’s family archive that the artist has duplicated and reworked with red thread embroidery, feather inserts,  rose thorns and pictorial interventions with nail polish. The original and the modified copy of each image are then displayed side-by-side within a special wooden drawer structure, on whose bottom surface a white layer and a vintage wallpaper alternate. The photos portray Carlo, the father of the donor, on holiday in Saint-Tropez in the ’60s together with his future wife Kikka and some friends, and had been commissioned to a local photographer in charge of following the group’s life and documenting the summer pastimes. Beautiful, unruly, these young people at that time nicknamed “Les Italiens” live in a climate of freedom and lightheartedness that recalls the golden age of the ’68 great illusions.

The manipulations by Letizia Cariello penetrate the glossy superficiality of these scenes to identify relationships, lines of force, loneliness, bonds, emotions and fragility of the portrayed people emphasizing what in the original photo shines only as a labile intuition. The three-dimensional inserts added to the focal points of the reproduction transform the image into a concrete object and disentangle the complex stratification of psychological, physical and emotional levels incorporated into the snapshot in a real architecture of the memory of which they constitute the cornerstones.

How was the Joie de Vivre project born and on what criteria did you choose the images to include in the series?
The project was born by chance when Cristiana Carminati met my work: she was very attached to these photos that followed and troubled her for years and wondered what to do with it, so she decided to show them to me. For the first time I was working with images not taken by me and I was not sure I could find a natural path and direction. But when I opened the box in which they were kept, the voices of the portrayed people invaded me like the visions generated by an Aladdin lamp. At first I was almost shocked by the perception of these happy but interrupted lives, I felt that there were many things left on hold, as if I were asked to finish the sentence. I instinctively decided to choose 20 photos without the possibility of rethinking, requiring me to avoid any preconceived reasoning. The second phase of the work lasted more than a year and a half, in which I tried to listen to each image to channel and flow the blocked energy that it contained. The process required slowness and delicacy, I had to impose pauses between one and the other to avoid automating the operation. Every image had to be the meeting with a new entity. There was not a single initial decision: it was necessary to mend relationships, to help, to sew, to put back together and, as in medicine, the cure, even though it had a precise and disciplined field of action, could not be predetermined, it had to follow the reactions of the “patient”.

Spines of roses, feathers and red thread have been recurring for years in your varied artistic production. Do you attribute a particular symbolic meaning to these elements or are you simply attracted by their aesthetic potential?
The symbols always refer to something else, while the objects have their own sound, smell and meaning that I do not want to reduce to a caption, they are treatments that do not refer to anything other than themselves. In the language of forms I do not care about aesthetics understood in a decorative sense, but in the evocative and signifying power of the things and gestures that their presence implies.

Do you think that the sculptural tradition that has been handed down in your family for over two hundred years has influenced your three-dimensional interpretation of photography?
At the Academy I studied painting and I was thinking of working in a two-dimensional way, then things took me all to the third dimension. I have always admired sculptors (I love Giacometti, Camille Claudel and Brancusi), but I did not believe this attraction was about my language. Instead, after the conclusion of the work I found out with surprise how strongly it was three-dimensional and I realized that at the end I always have to build things, it’s an atavistic legacy that re-emerges.

The particular drawer display that houses the images creates a relationship of interdependence between the work and the frame that extends to the frame the significant function of its content. What is the relationship between these two elements?
It is the continuation of a topic which started apparently by chance three years ago: at a certain point I had to personally build the structure in which my photographs were. Like the 17th century Dutch painters who tended to include their still life in three-dimensional structures, for my photos I needed an architectural element that mediated between the internal space of individual thought and the external space that we physically inhabit. Even Giotto and Mantegna in their altarpieces designed and built the structure that housed the painted tables, it was a decisive aspect for the closure of the work. The frame is therefore not only a finishing but it has an important function of re-stitching between the fluid inner time and the outer time that clashes with the material aspect of existence. So in the After Vermeer series in 2014 I started collaborating with master cabinetmakers to create unique pieces that formed an indivisible whole with the work. The drawer structures are inserted in this path, to which the idea of lining them with wallpaper as it was used in the past has been added during the work. The reference to the “drawers of memories” came of after: when a work derives from an open process, it has an expressive autonomy that sometimes amazes even its author, if in retrospect he discovers congruencies that are impossible to program at a table. I think that a work functions when the artist knows how to be coherent and rigorous in his intentions without becoming executive and predictable, first of all for himself.

Joie de Vivre returns vitality and presence to old memories for years forgotten in a box. Is the intention to “cure” these memories and to recreate the implications otherwise destined to oblivion present at the beginning of the project or did it emerge during the realization of the work?
It is present from the beginning of the project, as I said before I answered a request because I perceived a question and for this I was able to interact with images not taken by me. In three-dimensional works and calendars I have always used a dimension of listening that now, manifesting itself in photographic work, reiterates my concept of art as a tool to identify a wound and treat it … Our society would need much care and who cure is usually the weakest of all, he feels so in need of therapies that he ends up treating others. 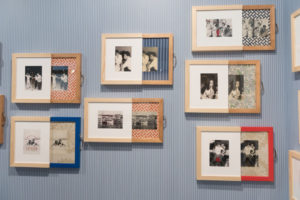 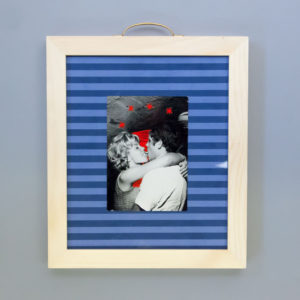 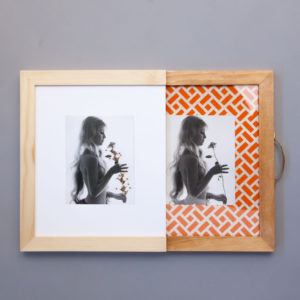 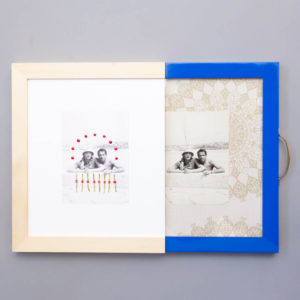