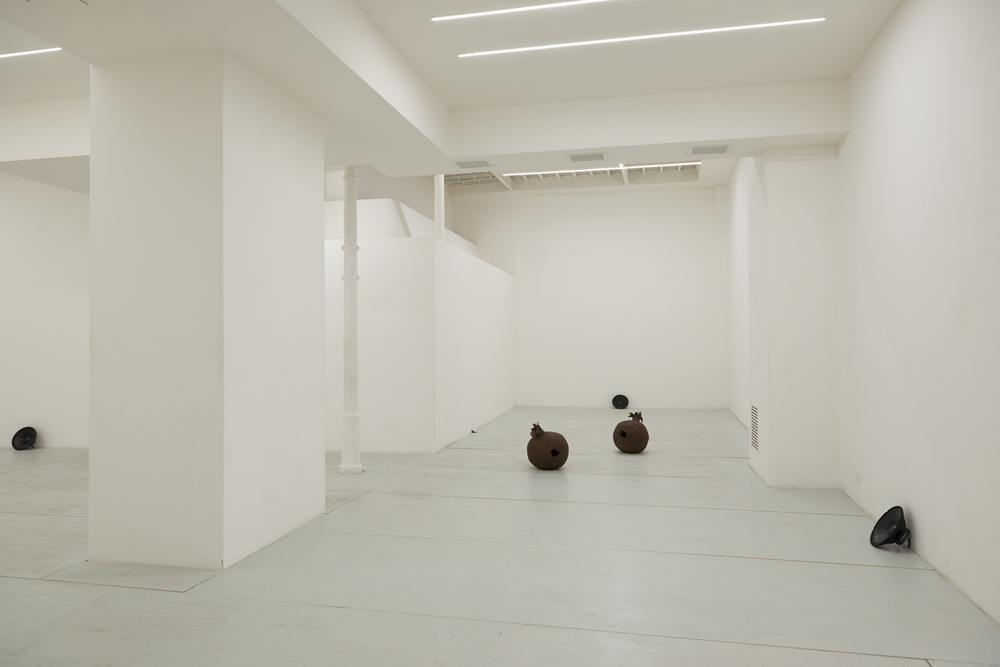 Liliana Moro‘s research (Milan, 1961) explores the relationship between subjective reality and external space through essential compositions based on the connection between sounds, words, videos, sculptures, images and actions that stage fragile balances between seemingly simple materials and objects whose underlying vitality interacts with the perceptions and emotions of the spectator.  The artist’s goal is to orchestrate meetings and trigger experiences that become a metaphor of our being in the world, suggesting how to inhabit a place means first of all listening and going beyond what is immediately visible.

After the graduation at the Brera Academy of Fine Arts with Luciano Fabro, in 1986 she made her first work, entitled Black Boxes: four wooden boxes, alluding to the homonymous electronic control devices installed on the aircraft, inside which an amplifier transmitted sounds recorded in the streets of Milan punctuated by the ticking of a clock. The individual experience of the artist became the objective presupposition that generated the environment in which visitors were invited to intervene by building their emotional bonds in the constant tension between familiarity and estrangement. Over the years Letizia Moro has remained faithful to this conception of art as an evidence of a subjectivity that in sharing becomes polyphonic, as a minimal but all-encompassing event, as a physical crossing of an intangible situation.

The Underflow exhibition at Galleria De’Foscherari, the artist’s first solo show in Bologna, presents new works, created with different materials and media, which activate the surrounding space by reacting to the unrepeatable changing of external conditions and to the passage of people . From the beginning of the exhibition, an enigmatic drawing behind the external window of the gallery depicting a red stylized human silhouette moving away from a large drum, it is clear that every work is conceived as a sort of “attention proposal” that acquires meaning and resonance only through the active involvement of the public called to be at the same time actor and spectator of an environmental transformation. Entering, the visitor is projected into an essential landscape, a rarefied atmosphere where the dazzling white of the room appears interrupted by the presence of a few paintings on the walls and some objects scattered on the ground whose isolation emphasizes their presence and weight.

One immediately notices two large clay sculptures in the shape of a pomegranate, in which the surface left rough preserves almost the imprints of the gesture that shaped it and evokes a skin that wraps and protects the precious content of the fruit. Archaic symbol of the death-life cycle on which the perpetuation of existence is based, influences the artist for the harmony of its round shape crowned with leaves and instigates the viewer to lower himself to observe it closely and approach his mystery. It turns out that every sculpture has a circular opening as if it had been attacked by a sharp beak, but as much as one tries to peer into it the darkness of the cavity remains impenetrable. The physical and mental tension caused by the immediately denied disclosure of this new and imponderable suggestion of visceral spatiality becomes more acute when one realizes that the irregular crackling emitted by the circular speakers juxtaposed to the walls is the amplified echo of the visitor’s steps on a wooden platform that raises a few centimeters of the floor throughout the exhibition hall. We understand then that we are within the work, that we run through it and touch it from within, that we belong to it and that we are its inner and living space and the medium of its poetic manifestation and the detonator of one of the infinite possibilities of its existence.

For Liliana Moro then it is not a matter of giving voice to otherwise inert objects but of creating constructive relationships, in their imperfect temporariness, between elements taken from life and stripped of the unnecessary to restore an attitude to auscultation and interior appropriation aimed at the rediscovery of a new rhythmic agreement between the self and the world. The correspondence continues in the series of paintings where the shape of the pomegranate reappears in a flat white color on a black background that ideally dematerializes the sculptures, returning the negative of their presence as if they were a flat and luminous shadow. The earth and the colors of the sculptures return in a small brick made of damp river sand, compacted with a simple mechanical instrument, which is a minimal ecosystem protected by a glass case. In this case we cannot explore the swarming universe that this raw aggregate of matter contains, but we can sense the powerful cohesive force of the relations between its internal granularity from the unsuspected resistance of the structure. It is therefore not a thing but an organism that in its own way lives and breathes exuding its existence on the plates that contain it and that for this embodies the emotional fulcrum of the macro-organism-exhibition of which the visitor is also part.

Underflow is therefore the underground flow of a thought that becomes noise, of a latent intensity that crosses space and matter to manifest Nature as an unstoppable process that involves us even when the artificiality that characterizes our times seems to have taken over. 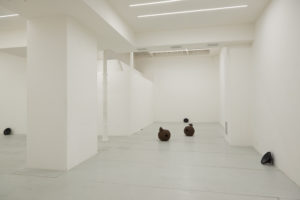 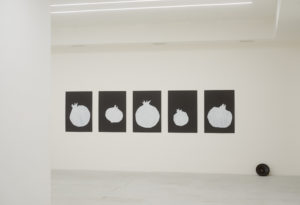 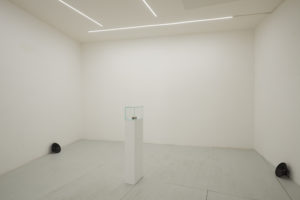 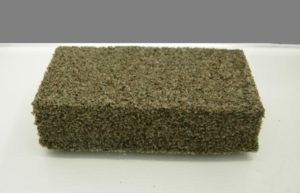