Lygia Pape. Between nature and geometry

Lygia Pape. Between nature and geometry

Lygia Pape (Nova Friburgo, 1927 – Rio de Janeiro, 2004), a protagonist of modern and contemporary Brazilian art, is often associated with Hélio Oiticica and Lygia Clark as one of the central figures of the Neoconcretist movement, developed in Rio de Janeiro between 1959 and 1963 and promoter of an aesthetic that makes the presence and participation of the public essential for the completion of the work.

Pape’s artistic parabola extended far beyond this key moment in Brazilian art history, expanding for almost five decades of the twentieth century and including such a variety of languages ​​- from design to installation, through performance, ballet and poetry – to make every attempt to classify her work never definitive, if not superfluous.

Now, fifteen years after the death of the artist, the Fondazione Carriero retraces the most important works of Pape realized between 1952 and 2000 in an exhibition, curated by Francesco Stocchi, that wants to highlight the continuity between the Brazilian art of the late twentieth century and international modernist instances.

The reverberation of these continuities is proposed from the very first rooms: Livro do Tempo (Book of Time, 1965) is a series of wooden sculptures that play with the variants of the parallelepiped form and with the juxtaposition of primary colors, taking over the constructivist lesson their own; Desenhos (Disegni, 1980) on graph paper reflect the modernist taste for geometric control, but also a more instinctive expressiveness that draws inspiration from nature and man.

Even the woodcuts, entitled Tecelar (Tessitura, 1952-1969), follow the same direction: the fine lines that run through the images seem to be the result of a rigorous and studied procedure, but they are nothing but the sign of the grain of the wood used as a matrix.

In general, despite the obvious preference for abstraction, what emerges when visiting this exhibition is that the whole work of Lygia Pape expresses her interest in man and natural forms. Nature is what allowed her to find a language that on the one hand gave her an objective anchorage to the material reality, on the other hand provided her with a series of processes with which to move away from the world of immediately recognizable things and head towards an indistinct space, in which both words and images are temporarily suspended.

The accomplishment of this speech is Ttéia 1, C (2000), an installation of golden wires held in tension between the floor and the ceiling. The title is a play on words that links the term teia, in Portuguese net, to teteia, grazia. And in fact there seems to be the grace of nature behind the construction of this metallic web that, just like a real web, appears and disappears from view depending on the position from which it is observed.

As in the sculptures, there is still the reference to the polarity between full and empty, visible and invisible, but the difference is that now the attention of Lygia Pape does not seem to turn more to geometry but to the absolute space of the mind, to the way through which the eye perceives the world and the brain categorizes it.

Tééia 1, C has no stable color or shape, because at every step we take, the light refracts differently on the metal wires, modifying our perception of them and, simultaneously, making us participants in a creative process that does not see the work as separate from man or man as passive spectator of the work.

It is precisely this condition of “being situated”, so dear to neoconcretist instances, that is integrated both in Lygia Pape’s artistic production and in Stocchi’s curatorial imprint.

As if both were suggesting that we begin to understand something about our objects and situations only if and when we understand where we are looking at them. 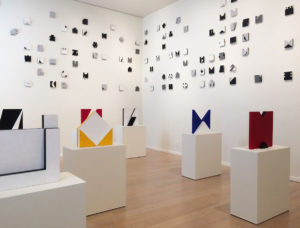 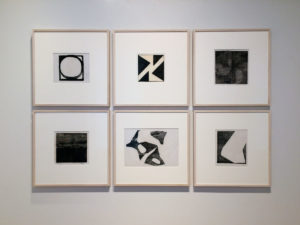 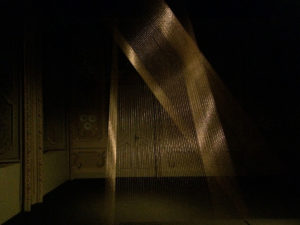