Massimo Barzagli: dialogue at a distance

Massimo Barzagli: dialogue at a distance

Massimo Barzagli was born in Marradi (FI) in 1960 and in 1990 made a name for himself with the solo exhibition at the legendary L’Attico Gallery in Rome, presented by Maurizio Calvesi. Then things went fast: his works began to travel to museums and private galleries: Kunstmuseum Bochum, Luigi Pecci Centre in Prato, Museo Civico of Reggio Emilia, Villa delle Rose in Bologna, Ludwig Forum Aachen. His work is characterized by the imprint, that is, by a priming that at first sight can recall the work of the “Anthropométrie de l’époque bleue” by Yves Klein, on which the author certainly reasoned and drew considerations of a linguistic and material nature, but from which he broke away for the variety of subjects and supports, as well as for that sense of site specific approach that drops any attempt to provoke or slap the lazy thought of the good bourgeoisie. We talk with the author about his work and his path, just now that his installation on the cycle of flowers (“Flowers imprints on glass plates / Fiorile” 1993) has found an interplay with the “Flowers” by Andy Warhol (blog by Leo Castelli Gallery, New York) and permanent hospitality at the Luigi Pecci Centre in Prato, thanks to the long-term loan offered by Fabio Sargentini.

Dear Massimo, if you didn’t have to live in Turin where would you like to live?
Florence and New York are the cities I know best. I certainly like Turin, but I’ve only lived there for two years and I don’t know it very well yet.

How do you focus on the images you start from to produce your world of superimpositions and reflections on transience and precariousness?
I believe I am following an evolutionary process: sometimes I am guided by the images, other times simply by the way, the fluidity, the impact. Procedures vary a lot; when I paint human figures I adopt the fast strategy of fresh painting, because the water-based paint dries quickly and on dressed bodies it accelerates drying even faster. When I painted the rains (Rain Paintings cycle) I adopted abstract expressionist procedures: the monochromes are very radical, very opaque and absorbent, suitable for receiving the discharges of the oil-soaked strings (Philadelphia rain).

You have treated flowers, animal bodies, silhouettes of objects and people … many times the support changes and sometimes your world becomes a global and site specific setting… that is to say: are you flexible and willing to adjust according to the space made available to you?
It seems to me that space is granted to me by the history of art, the physical one is then consequential. Anyway yes, I am flexible enough. I have exhibited in Marine Aquariums, in Genoa at the Botanical Garden, in Reggio Emilia at the Anthropological Museum, and when I was on a residency at the Kunst Museum in Bonn I asked for hospitality at the Museum of Natural History. I also happened to take my paintings to theaters or contemporary dance festivals, at the Biennale of the Mediterraneo, in San Paolo I exhibited Fiorile, at the Seoul Institute of the Arts they called me for a Save Our Flowers station, other stations were also installed in health units such as Dynamo Camp or the Sant’Anna Hospital in Turin, up to the audio installation at the Arsenale in Venice on the occasion of “Mondo Italia”, a pavilion curated by Rem Koolhaas during his Architecture Biennale (Muratori – 2014/2018 – Massimo Barzagli -ciao- Galleria Alessandro Bagnai)

Can you indicate an author or more authors you consider important for your artistic education?
I believe that studying has been fundamental for my artistic training and it remains essential to continue studying. I began my education at the State Institute of Art for Ceramics in Faenza, I enrolled in the Restoration workshops of the Superintendencies, to specialize, during my studies at the Academy of Fine Arts in Bologna. In the meantime I frequently visited European museums; later joining the L’Attico Gallery was the next step.

Your most significant path began in 1990 with a major exhibition in Rome, right at the legendary L’Attico Gallery of Fabio Sargentini: what do you love to remember from those years and how do you relate them to the present?
During Fabio Sargentini’s first visit to my studio I was obviously very nervous: he silently wandered around among the works for a long time, then he sat down and asked me for a pen, it was then that he broke the silence and said to me: “You can officially say that you have an exclusive relationship with Fabio Sargentini’s L’Attico Gallery”. I remember well in New York the reaction in the art system when I said I was working with Sargentini. For example, Trisha Brown, in Michail Baryšnikov’s Building, spoke to me with nostalgia about Fabio and the Garage, and told me that those in Via Beccaria had been unforgettable years. One more memory: I was in the countryside at Fabio’s, in Umbria, we were planning L’erba voglio; Fabio sat on a dry stone wall, in front of him I was lying in the grass chewing some stems as I used to do in the prairies as a child, he looked at me and told me that at that moment he understood I was a “sincere painter”, at other times he often repeated that I was a “seasonal painter” because I could not paint branches in winter. At the 1990 Biennale Leo Castelli and Fabio met and hugged. Fabio, in a strong way said “Leo, you are the Pope of Modern Art”, Castelli replied: “And you are the Cardinal”. The time of art is a time at a standstill. When I was painting lawns in the 1990s Fabio told me that I would always paint lawns. Today in 2020, in Turin, I am painting lawns.

Then, from 1992, you started a solid work relationship with the Alessandro Bagnai’s Gallery, so much that you held there six personal exhibitions and even now your collaboration continues, given that the group exhibition you took part in has just ended: “Present Perfect”…
When we met Alessandro was a young gallery owner, highly esteemed by Sperone and Sargentini. I think I have done my most difficult exhibitions with him. For example, when I was installing the personal “Mai Home” in his gallery (Florence, via Maggio), Bruno Bischofberger came to visit. Faced with the works – luminous impressions on photographic paper – he asked me the procedure, I replied that it was all at random. I said the same thing in New York at the Leo Castelli Gallery, to the Gagosian staff.

What are you planning for 2021?
I would hope from 2021 to be able to return to study in New York for a few months. 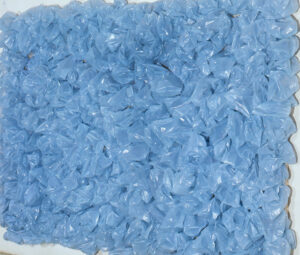 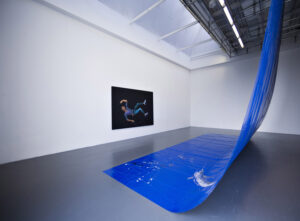 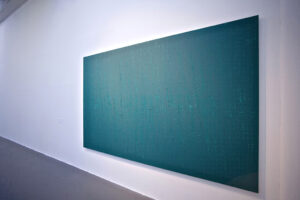 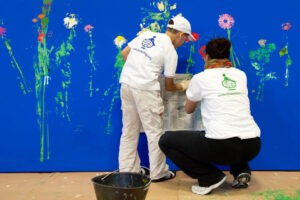 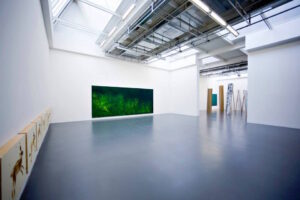 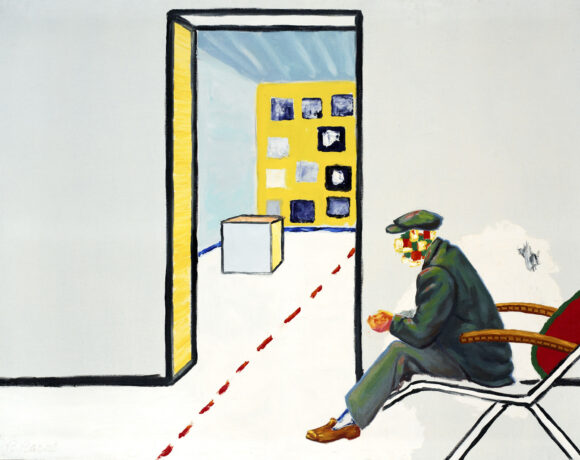 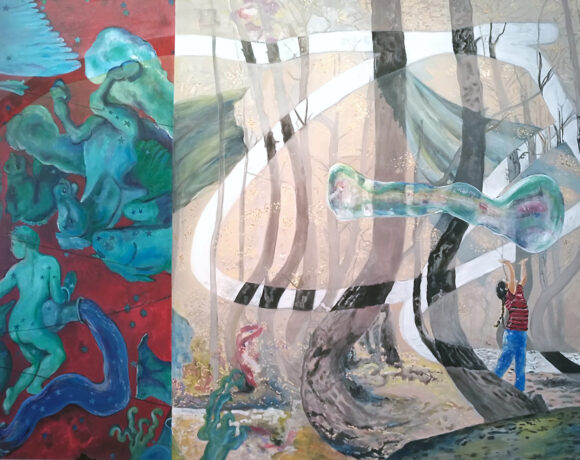 In conversation with Paola Volpato 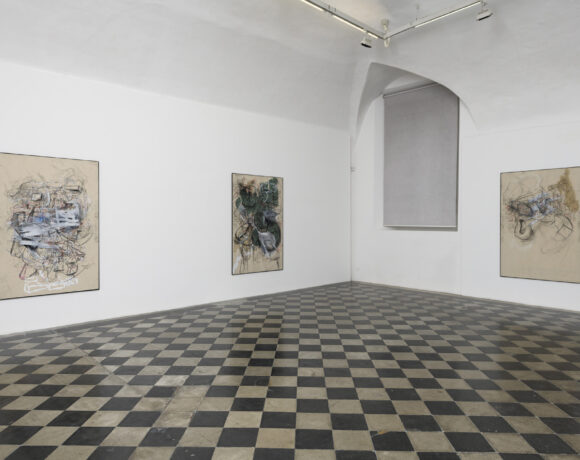