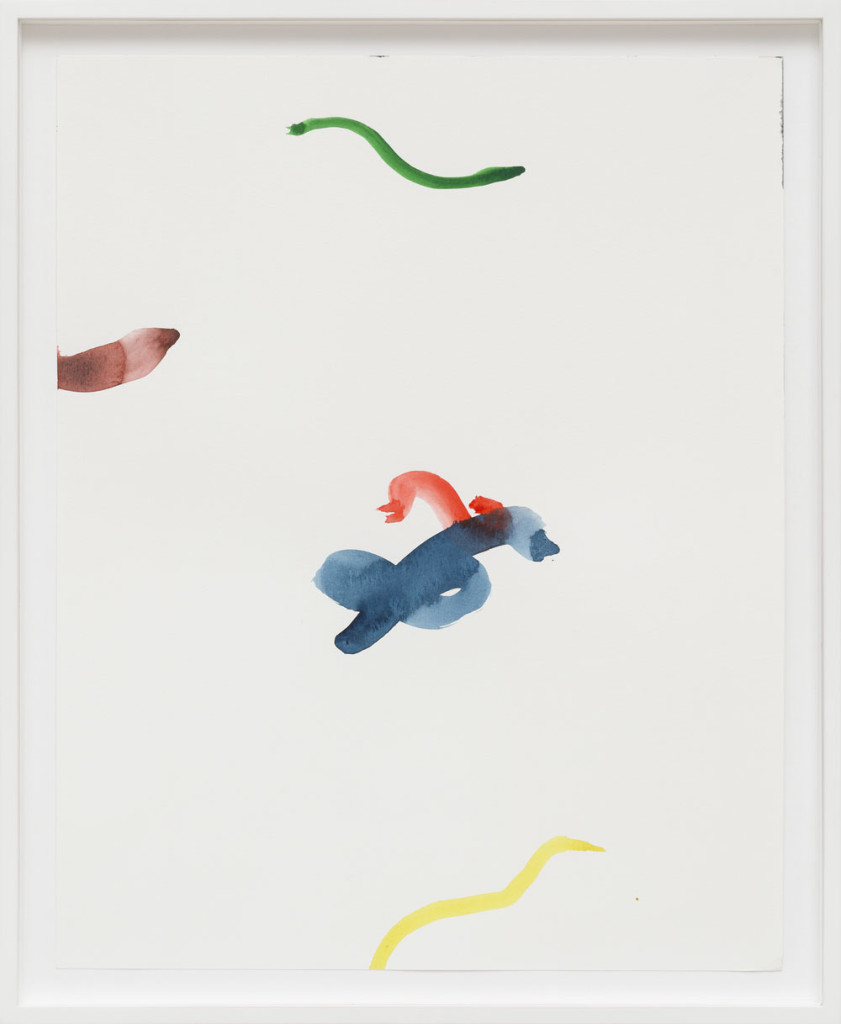 “Art is a footprint in the infinite space.” Here is what Milan Grygar told me speaking about art, when we had a short interview by email last summer.

Born in 1926, slovenian, Grygar, since the early 1960s, has confirmed himself as an innovator of visual arts thanks to his experimentations through drawing, until reaching the sound. In fact, the latter is now the main character of his poetics, which represents the connection, that is the reversibility (as a definition by Simone Menegoi in one of his critiques) that the sound has in common with image.

So, I affirm spontaneously: what is contemporary?

Grygar, since the 1960s/1970s of the last century often talked about his works (the Acoustic Drawings) about the connection between auditory and visual space. In this way, we arrive at another keyword of his poetics: space.

The second room of Antiphon, which is the second solo show of the artist dedicated by the Bononian art gallery P420 (the first one was Sound on Paper in 2014), collects all his recent works, in particular from 2009 to 2016 and for the most part diptychs, such as acrylic canvas and monochromes, which draw a small attention to minimal and perfect geometric shapes, such as circles and lines, autenthic musical interstices – breathing breaks in the immensity of the colourful background.

We are there to be hosted by the core of the colour, which turns into an infinitesimal and voiced shape.

Then, at the same time, the sound in the room is scattered and resonance loses its sight. Yes, right. Senses pour again, by a coincide fusion. Grygar’s work cannot divide from sensorial separation, it doesn’t admit minimalisms.

And we are there, we are observers at the mercy of oblivion, we are scared, we search the infinite.

The empty space, the red, blue, white or black Antiphones of Grygar are the echo of the artist’s gesture impressed in the silence of canvas and the sound brings to light the look, again and again.

The Grygar’s Antiphones function as an epoché, as a pause, as a stay of proceedings, as a gestural economy that identifies the artist by leaving no footprints (because footprints are always present in Grygar’s works), and put distance between the observator and the art work, a conscious space that grants a total immersion.

No matter the colour or the intense pigment as a physical footprint of a resonance, of a transcendent score, the Antiphones attracts the observator for theirs uniqueness, thanks to their cosmic and unexplainable attraction.

In the first room, the series f Untitled, Antifona, In space of sound, Choreography have in common different details, such as tracing the watercoloured sign, sometimes with a great density and sometimes with a minimally invasive procedures, also with the use of collage. In addition, there is another important concept of his research hided in titles: the movement. The connection between visual space and auditory space is possibile thanks to the movement of gesture. In Grygar’s works, the performative part of the masterpiece is intrinsic. Fragilities are naked and interchanged thanks to the unplanned and graceful use of the watercolours: they seems authentic choreographies in the space of a voiced time.

The short and syncopate brush strokes, full of rythm, are conglomerated bodies, free and instinctive in the cyclic nature of a gesture, of a movement, of a sound, of a relation among unescapable senses. Grygar’s conception of art, as he told to me last year, focuses on tendencies such as futurism and cubism. However, the most important part of his reseach is based on sound, which barges into different experiments carried out through drawing into the silence of a room, when pencil imposes its rythm on the skin of a white paper. His works have to be read, yesterday and today, as entities in a continuous development. By observing the Antiphones from the second room, we feel ourselves as a small and perfect circle, far but connected, lost in the immensity of this infinite being present:

“The circle is the image of Eternity. A line which goes to the space and comes back to its start point. In simbolism, it is the snake that bites its own tail. But where is the start of a closed circle? Also our thought, captured in the circle, cannot escape. An heroic effort of imagination, a complete breakage with everything which can be logically understandable, natural and possibile, are necessary in order to divine the secret of this circle, and for finding the point where the end joints the start, where the snake’s head bites its own tail.” – Pëtr Dem’janovič Uspenskij – Russian philosopher- 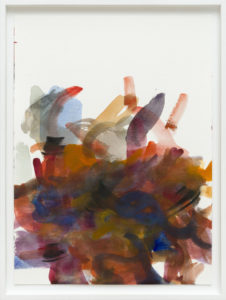 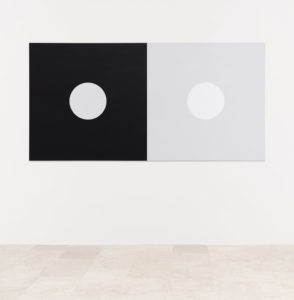 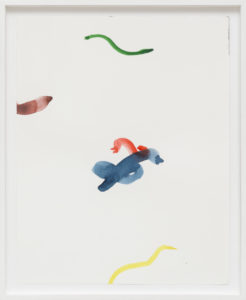 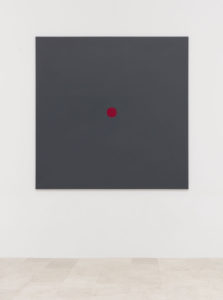