The history of NCMA begins in 1924, when the North Carolina State Art Society was formed with the aim of establishing an art museum for North Carolina. In 1929, the first space dedicated to temporary exhibitions was opened and in 1947 the state allocated a million dollars to acquire an art collection for the people of North Carolina. The Kress Foundation combined these funds with a gift of seventy works of art, referring in particular to the Italian Renaissance.

In April 1956, the Museum opened in the refurbished State Highway Division building on Morgan Street in downtown Raleigh. Within a few years the structure became obsolete and insufficient. Thus, for a new location, the site of Blue Ridge Road was chosen, mainly for three reasons: it was accessible from the highway, had space available for subsequent extensions and could have a large parking lot. The design of the new building was entrusted to Edward Durell Stone and Associates of New York and Holloway-Reeves Architects of North Carolina: the opening took place in 1983. Although the rising costs of construction have reduced the original design of the building, the attached sculpture park (for a total area of ​​about 66 hectares), with the possibility of enchanting walks, has definitively connected art to nature, with twenty-nine works scattered along the route, among which we remember those of Mark di Suvero and Yinka Shonibare.

The plan for further enlargement began in the 2000s with the construction of the so-called West Building (opened in 2010), which was also built in a sustainable way, through the controlled flow of rainwater and greater energy efficiency. Since November 2018, the museum’s director is Valerie Hillings, who previously held the position of curator and associate director of curatorial affairs for the future Guggenheim Museum in Abu Dhabi.

Currently the Museum has two exhibitions of contemporary art in progress, the first is dedicated to Moataz Nasr (“Delicate Balance”, open until 25 July 2021), the second, thematic (“To Be Young: Coming of Age in the Contemporary” scheduled until 6 February 2022), brings together figurative and abstract images taken from collection of the Museum, offering an overview of coming of age in various communities during the 20th and 21st centuries, and exploring how young people process their education through concepts such as identity, socialization and kinship to get to structure and design the their future life.

Moataz Nasr is a pan-Arab artist and activist, born in 1961 in Alexandria (Egypt) and living in Cairo. His work offers a contemporary look at Egyptian society, without any romantic or exotic subsidence. In the two video installations proposed he explores socio-cultural and antagonistic concepts, putting on the plate the contrast between traditional values ​​and the desire for modernity or renewal, in a delicate balance between past and present. With The Mountain (2017) he tells the clash of a young woman between her desire for a modern life and the conventional expectations of her village of origin: somehow a clash between the demand for a “radical” change and consolidated traditions. This work was presented in the Egyptian pavilion at the 2017 Venice Biennale. In Merge and Emerge (2011) we see, instead, the hypnotic presentation of three Sufi dancers: a circular and rhythmic dance that invites us to experience ecstatic prayer. And dance could indicate an acceleration that does not always lead to the conquest of the center or to a better future, but to a loss, an annihilation. In summary: the future does not always arrive everywhere, but when it does arrive it does not always bring with it only positive values. Due to some socio-ethnic notes, Nasr’s work (we say this with no will to criticize) is comparable to that of his fellow countryman Youssef Nabil. Finally, remember that Nasr’s work in Italy is represented by the Galleria Continua. The exhibition, organized by the North Carolina Museum of Art, was made possible thanks to the support and collaboration of Andrew W. Mellon Foundation, North Carolina Department of Natural and Cultural Resources, North Carolina Museum of Art Foundation Inc. and William R. Kenan Jr. Endowment for Educational Exhibitions. 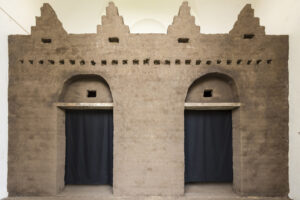 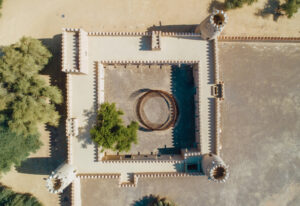 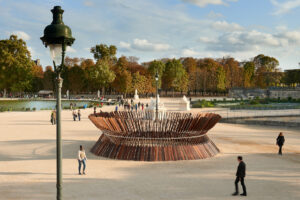 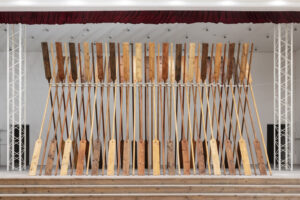