The cultural nomadism of Aless..

My Monkey Editions. An independent publishing project in Bologna

My Monkey Edizioni is a project conceived and followed by Andrés David Carrara, an Argentine visual artist and graphic designer who lives and works in Bologna. My Monkey editions are magazines printed in 50 copies in which different artists are invited to compare their creative languages ​​with a classic of Italian and foreign literature. The result is a series of semi-matte paper albums in 29.7 x 29.7 cm format (almost the size of a vinyl LP), numbered and signed, which have been published bimonthly since May 2018. The layout links short passages of the selected literary work with images created by the artist, in a cadenced alternation that constructs a narrative poised between synthesis and amplification. The most fascinating aspect of the operation is that it is not a simple dialogue between words and images according to the canons of illustration, but the creation of a work in its own right (not surprisingly, on the cover the author is the artist, the title is that of the book) which explores the narrative possibilities of the symbiosis between the two different languages. You do not need to have read the source text to understand (and having done so does not necessarily add greater awareness): the meaning is revealed in the form of intuition and not as the result of logically or poetically linked propositions, while the interpenetration between words and images produces a multiform mental suggestion, not comparable to the perceptions individually generated by the two systems of signs. This hybrid plot appears elusive, open, but always also mysteriously coherent, as if the two different personalities of the artist and the writer had merged into a third narrative subject.

To find out more, we asked Andrés David Carrara a few questions.

Where did the idea for this project come from? Have you already been inspired by literary suggestions in your previous artistic production?
For many years I have devoted myself exclusively to painting. But then for many reasons I found myself working mainly in publishing and editorial graphics. However, I was always left with a small addiction, a “monkey on my back”, which is to deal with art. With this meaning comes the name My Monkey. I set up this editorial project first of all to evoke a particular attitude that can only be experienced in a certain “cultural world” and to bring my new professional experiences into that field, trying to make an interesting contribution. I do not think it is possible to conceive of an artist producing any expressive object without having somehow plundered, more or less consciously, from the world of literature, cinema or music. In confirmation of this statement I can tell you that all the artists I involved in this project – without exception – had a literary suggestion that they considered as particularly representative of their way of dealing with art.

How do you choose the artists you invite to My Monkey Edizioni’s “visual literary living room”? Do you also accept spontaneous applications?
I try to choose the artists in order to have a rather eclectic programming within the publications. I have always loved to read a lot and I often find myself associating what I read with an artistic production. It’s something that happens to me quite spontaneously, a kind of synaesthetic ability. When this happens to me, I proceed with targeted invitations. Then a curious word of mouth has been created between the artists I invited and a kind of very interesting network of relationships is being created. I am quite demanding but naturally within a logic that lends itself to “provocation” and collaboration, even “spontaneous” proposals are welcome.

Are you the one proposing the book to the artists? How are the passages to be extrapolated from the literary text identified and how is the order in which they appear in the publication decided?
When the artist expresses interest in the project, we take the technical time to do a research and to think together about alternatives. I often propose two or three titles that seem plausible to me. This rule was sometimes not applied because in some cases the artist’s work spontaneously coincided with a particular literary vision. The short texts to be extrapolated are often proposed by me, but even here there are prestigious exceptions. Finally, in some cases an attempt was made to maintain a logical order to allow the reader to read the quotations in order to reconstruct a story, in others, instead, an attempt was made to use the quotation as a suggestion to accompany the image, thus transgressing the chronological meaning of the text.

How do you think the artists’ visual research fits into this project in relation to the two opposite poles of fidelity to the text and creative appropriation?
Here too there is no precise rule. In some cases the artists decidedly wanted to illustrate some passages of the classic that inspired them, in other cases the text is interpreted as a simple suggestion, in still others it is even a pretext. In practice, each issue is an independent project, cut to size, in order to best present what one hopes to be a harmony with the writing.

One of the most interesting aspects of the project is, in my opinion, the opportunity to see how each translation from one expressive language to another implies an interpretation and a point of view. In this case it is not a matter of translation but of collaboration between two languages ​​in the creation of a single signifier, an aspect that makes the topic even more intricate. Would you like to share some of your thoughts on this?
The focus of the publication is always and in any case mainly the visual work. The possibility of associating it with quotes taken from a classic of literature we could say is an extra arrow that the artist has in his/her bow to be able to express his/her imagination in an unusual way. However, the “finished” publication necessarily becomes something completely “other” with respect to the evocation of a text but also to the work that the artist usually proposes. It is not a simple illustration – even if the illustration is not a simple thing at all! – but as you say, an entanglement in a single language of two different worlds where it is hoped that the result obtained will surprise both the artist and the viewer.

What would you answer if someone said that paper is anachronistic in the age of digitization?
Personally I think that giving up touch, smell and complex sensorial and temporal experiences such as those imposed by the tangible format of the publication is a great deprivation. These are concrete experiences that awaken atavistic needs in people. After all, however vain, we are and remain simple apes … 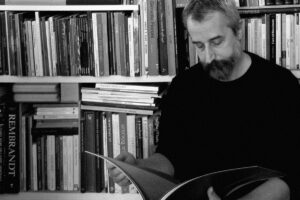 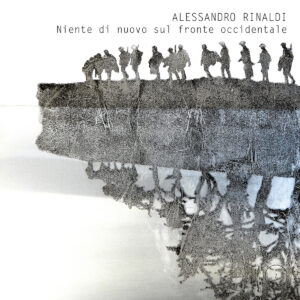 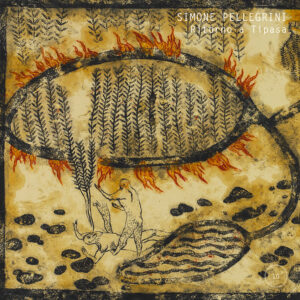 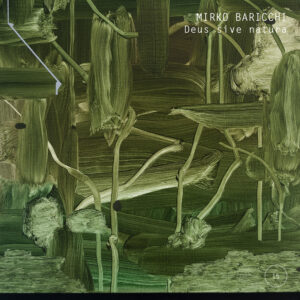