My way, a modo mio. Ginevra Grigolo and Studio G7, 44 years between actuality and research. 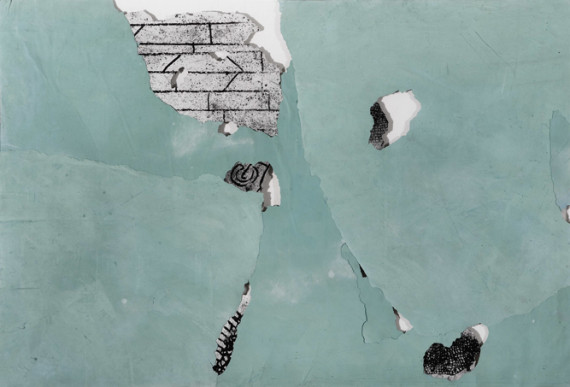 Ginevra Grigolo’s Studio G7 gallery opens on October 13, 1973 in a receptive and bursting Bologna, not yet aligned, above all at the institutional level, with the most up-to-date contemporary debate that at that time found space only in big cities and in a limited number of magazines difficult to find even for the insiders.

The founder’s aim is to bring in her city the various lines of an international research that was pursuing the new in all its possible anti-conventional declinations and was multiplying the sphere of action of the artistic practice, by extending it to environment, behavior and object revered as a fetish or stigmatized as an icon of consumer culture born in the wake of the economic boom of the 1950s and 1960s. “I’ve never been afraid to present the new and the different, it has always been a source of stimulus and pride,” says the gallerist, who has been a tireless traveler during the years in which she has participated in the most important fairs – Basel, Cologne, Frankfurt, Madrid , Los Angeles, Kassel – looking for inspiration and artists to engage in her projects in Bologna.

Initially the gallery points to multiples and proposes to an extended public famous artists – such as Pistoletto, Paolini, Rauschenberg, Warhol, Lichtenstein – with affordable prices and then turned to the single piece with the aim of representing the main trends in those years by developing relationships of friendship and profitable intellectual exchange with each of the invited authors. From 1976 to 1981, the exhibition activity is supported by a brave editorial project, the monthly magazine “G7 Studio”, whose editions begin to contribute the most enterprising young critics of the time, such as Renato Barilli, Francesca Alinovi and Roberto Daolio.

This initiative is symptomatic of the scientific rigor that characterizes the choices of Ginevra Grigolo, always aimed at enhancing the centrality of the work and its autonomous language even at the expense of immediate commercial interests, as in the case of temporary wall drawings that artists such as Hidetoshi Nagasawa, Ulrich Erben, Sol LeWitt and David Tremlett stratified on the walls of the gallery. Another milestone in the history of Studio G7 is the collaboration with Marina Abramovic, who spent a month in Bologna in 1977 together with her companion Ulay and presents the performance Relationship in time, in which the two sat for 17 hours tied to each other by the interlacing of their hair.

44 years after the opening, MAMbo commends the work of Ginevra Grigolo and the contribution of her gallery to the city’s artistic system with an exhibition that documents the salient stages of her research and highlights the rare blend of intuition, passion, intransigence and gamble that have led her footsteps into exploring an increasingly exterminate and multicentric artistic landscape. The exhibition is intentionally non-chronological to highlight the main themes that the gallerist has faced during her long career and compares the poetics of artists from different generations and cultural backgrounds.

If the work of each one is valorized by an arrangement that plays with the stylistic, formal, material and linguistic assonances that can be traced in seemingly heterogeneous works, the harmony of the whole reveals the leitmotiv that accompanies them: the intuition of Ginevra Grigolo for the quality and her passionate curiosity governed by an impeccable critical taste. It is therefore an exhibition outside G7 that verifies on a museum scale the modus operandi of the gallery, a workshop of ideas where the recurrent formula of the couple show has always played on the emphasis of the diversity of research that every time find an ineffable and mysterious meeting point.

My way, a modo mio, is also a catalog where the traditional technical form that documents works is replaced by a memory, an inspiration or an interpretative suggestion that, pudically, introduces the visitor to the gallerist’s rich world of “intellectual affection objects”, allowing to guess the thread of her thoughts about art. The enigmatic perspectives of Pistoletto, “a succession of multiples on spectacle plates that let the space enter the space of the work” dialogue, for example, with the lucid revivalist finds of Anne and Patrick Poirier, of which the gallerist admires the huge cultural baggage, while a space in its own right is dedicated to Giulio Paolini’s work, “perhaps the strongest personality among the conceptualities encountered, a fascinating work in its precise difficulty of construction.”

Sculpture is the protagonist of the central area of ​​the large chimney room in MAMbo, where different structures, materials and shapes create a refined secret garden atmosphere: the steel and the castings sometimes embellished with Murano glass by Eduard Habicher establish a relationship of complementarity with the candid creations by Paolo Icaro, where chalk transposes common objects making them soft and evanescent. The terracotta boulders by Antonio Violetta, pregnant with energy retained in the sign of the earth, talk with the air structures by Marco Pellizzola and with the intimate poor ecosystems by Gregorio Botta, while the magic portals by Mirta Carroli interpret the strength as ancient and durable majesty.

Painters explore various shades and gradations of the abstraction by identifying geometric compositions strictly defined by net fields, such as Eun Mo Chung, Pierpaolo Curti or Walter Cascio, or soft areas of chromatic irradiation secretly rebelled at the boundary that delimits them, such as Ulrich Erben, Alan Green or Paolo Iacchetti.Photography also escapes the most conventional definitions of the image to become sculpture in Matthias Biehler’s work, chaotic iconic assembly in Adriano Altamira, strangeness and solitude in Pierluigi Fresia, or a catalog of eventualities in Paolo Masi’s polaroid.The behavior of the human being, inextricably agglomerated by physical, social and cultural impulses and conditioning, is instead investigated by Daniela Comani’s conceptual traps of duality and gender, James Collins’s careless look, Anna Valeria Borsari’s narratives and by Marina Abramovic’s experiments with the abilities of endurance of the physical suffering , that ideally closes the exhibition with a video interview in which she talks about her period in Bologna with words of affection and esteem for Ginevra who was one of her first Italian supporters. 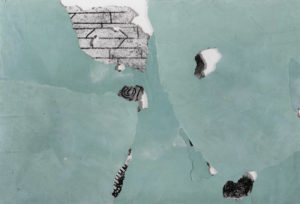 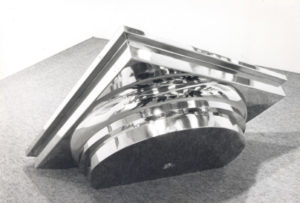 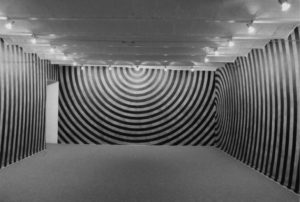 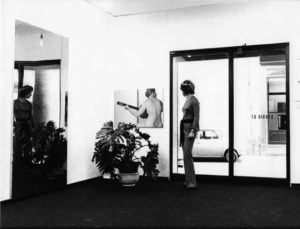 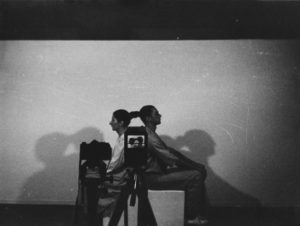 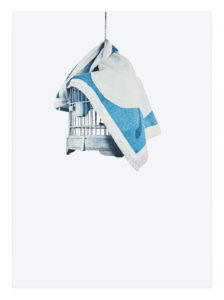