(Nothing but) Flowers. Interview with Federica Bor...

Cecilia Alemani and her Projec..

(Nothing but) Flowers. Interview with Federica Boragina e Giulia Brivio 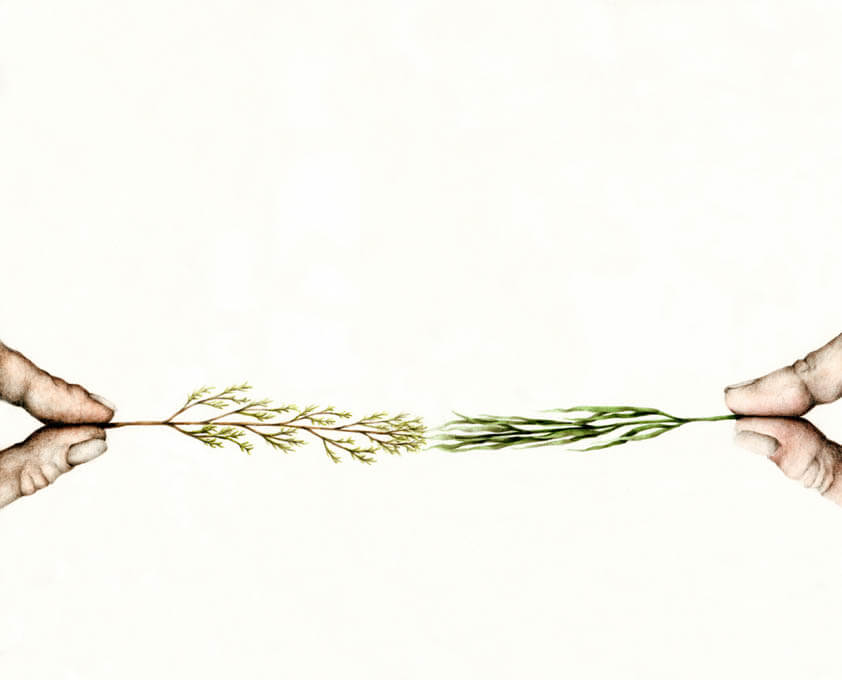 Only a few days are left until the end of the funding campaign for Cristina Pancini’s second book of artists (Nothing but) Flowers, published by Boîte Editions in collaboration with the publisher Gli Ori. For the occasion, I met the directors of Boîte, to let me tell the specifics of this editorial project and the characteristics of the funding campaign proposed by them.

After the first “adventure” with Luca Scarabelli and the publication of the artist’s book The last travelers retired to the catacombs (1965) you are working on the second editorial project (Nothing but) Flowers by the artist Cristina Pancini. What are the elements and parameters that guide you in choosing the artist to work with and the project to be transformed into an artist’s book?
The projects we promote have the peculiarity of being born, directly or indirectly, in the form of a book. These are not documentations, but specifically editorial searches. Furthermore, we hope for the production of books that have a precious and accurate craft dimension. Another important criterion is represented by the presence of texts written by the artist in the book: we are convinced that this represents a surplus of value.
Regarding the first book, The Last Travelers, the choice of Luca Scarabelli was motivated by the esteem and friendship that binds us; but his proposal for a project dedicated to collage was an interesting suggestion and then pushed us to work on different artistic techniques. The book by Cristina Pancini, in fact, is dedicated to drawing.

The project of Cristina Pancini originated in 2014, during a stay in Leipzig in the house of a young Russian woman, Natasha, and then continued in the following years between Milan and Tuscany. It is therefore a work developed in a long time and in an enlarged space, so much so that you describe the book as “a diary of dilated geographies and chronologies”. How does the process of this work materialize in the book and the relationship between places and times so distant?
The temporal and chronological data was fundamental for defining the shape of the book. The drawings are alternated with notes and white pages and this symbolizes the passing of time. We refer to a diary, it is true, but very particular because it also becomes a sort of album of memories, the place of presences-absences, along geographies and moments almost random, greeted by flowers.

The flower – of cornflower, mauve, camomile, gold button, wild saffron – is the central element of the entire artistic project. Both because it was the object of the relational dynamic that the artist tried to activate with Natasha, both because it is the main subject portrayed in the book. How does the flower illustration technique make the editorial project unique and original?
Cristina’s drawings are extremely elegant compositions of flowers and fragments of hands, especially fingers. The balance between the parts appears precarious and delicate. The yield of natural data is not idealized, but expressed in all its fragility and transience. The ephemeral life of flowers transpires with poetry although there is also a scientific echo: the reference to ancient herbariums, to which we have looked to define the technical characteristics of the book itself.

For the funding of this artist’s book, you have launched the “Blooming” crowdfunding campaign which will close on June 21st and which, as you have written, will last for the spring. Metaphorically, then, “Blooming” will lead to the “flowering of the book” in the first days of October: how did you think this campaign and what is its specificity?
Within our editorial experience we have already dealt with crowdfunding, a mode widespread with shyness in Italy, but frequent abroad, especially in the cultural sphere. “Blooming” is literally a “flowering of the book” because it consists not only in the presale of a copy, but in the choice of a flower that will “blossom” into a unique copy design that Cristina will realize, collecting choices and stories of our supporters, through our website www.boiteonline.org. The drawings are available in three dimensions, each of them corresponding to three possible donation targets.

Finally, “Gardening” is very interesting: the sponsorship proposal aimed at companies linked to the floral sector or, in any case, interested in the flower as a decorative element. You are experimenting with an innovative financing strategy, which emerges from traditional channels to create a bridge between the artistic and the green sectors. How do you want to involve the various companies and what do you think could be added value, for both parties, of this operation?
We realize that “Gardening” is a bold operation and perhaps very difficult to realize because a limited edition book does not guarantee the desired visibility for sponsors. Our attempt has a different starting point: we know we can not offer visibility, so we try to offer exclusivity. The artist’s book is a poetic device that is a tool to have an alternative point of view. The companies in the floral sector are invited to rethink the daily object of their work, or flowers, as a poetic pickpocket, amulet of stories and possibilities. The transience of flowers, the lightness that accompanies them in the collective imagination disappears revealing multiple narratives, weaving a story that, like every memory, is full of authenticity and aspires to be eternal.

I just have to wish you the best and hope that “Blooming” and “Gardening” will flourish at best (Nothing but) Flowers! 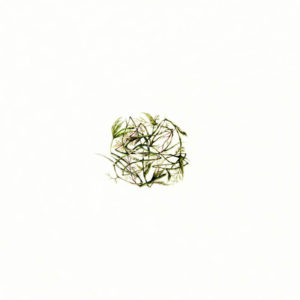 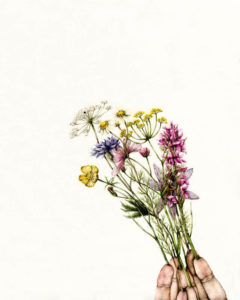 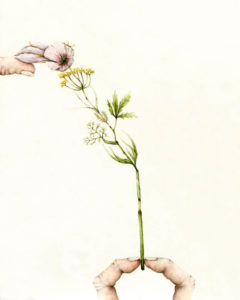