The first edition of Paris+ par Art Basel opened in Paris, which reconfirmed its extraordinary vitality in the contemporary art market. The new appointment in the French capital of the Swiss giant, the world’s leading art fair group, nevertheless felt a little underwhelming, at least in the city.

The event is not ‘shouted’, moving between the airport, the metro and the city streets one does not even find a billboard mentioning the event. Yet a sense of anticipation and curiosity hangs over collectors and insiders. And indeed the collectors are all to be found at the main entrance waiting for the opening of the First Choice session at 10 a.m. on Wednesday 19 October.

The decision not to put too much emphasis on communication reflects the words of director Clément Delépine: “We have to remain humble and understand the context in which we work: we are indebted to a great tradition that does not belong to us, to circumstances that we did not create. In Paris, expectations, ideas and habits have been formed over forty-seven years thanks to the work of the Fiac.”

On this basis of awareness and gratitude for Fiac’s work over almost half a century, we enter the exhibition venue, the Grand Palais Éphémère. Right from the entrance, we are immediately plunged into the exhibition stands, with big names following one another and a strong local specificity, with at least 30% of French galleries at the forefront.

Templon, kamel mennour, Perrotin, Zwirner, Hauser & Wirth, Almine Rech, Gagosian, Marian Goodman, Lelong, Chantal Crousel, slide one after the other. Unfortunately, there is a lack of air, because not only the exchange air system does not work and because of the large number of visitors, but also because of the limited capacity of the exhibition venue, which makes one regret the larger spaces of the Grand Palais. The feeling, also shared by other visitors, is that of being overwhelmed by a selection of first-class artists without actually being able to enjoy it.

Finally, we arrive at the Salon Vip that gives access to the Vip Lounge and acts as a decompression chamber before plunging into the hallway that points straight at the Eiffel Tower. There we find, along with other better-known names, an important selection of emerging galleries.

Paris+ puts the accent right on them: the size of the dedicated sector is actually double than that of the ‘established’ galleries and they are also located in the centre of the Grand Palais Éphémère: they are the centre of gravity of the fair.

Noteworthy is the both of sans titre, a ‘spiritual’ space within the fair. Here, artist Jessy Razafimandimby has created an entire multimedia series of works inspired by his past as a singer accessed through a gate, a two-part sculpture made of woven straw and pine wood.

Instead, the stand of the Institut de Visión overwhelms us with the energy it transmits. It is as sunny as its origin, Bogotá. For the fair, it focuses on Brazilian artist Marlon de Azambuja, who considers the way architecture limits nature and humanity.

I think this really says something about this Parisian first edition of Art Basel. The desire to support and enhance galleries that promote emerging perspectives art by young artists, or older artists whose work has been ignored, or for whom recognition has come too late.

Voices from liminal and marginalised spaces are always the most vulnerable, but in the end that is where the pioneering work takes place. It is here that art most reflects society.

Outside the exhibition venue, a public programme for art projects aims to engage and expand audiences. From Place Vendome to the Jardin des Tuileries, via the Eugène-Delacroix National Museum and a small chapel within the Beaux-Arts de Paris.

The city is celebrating, but it is trying to keep it secret. 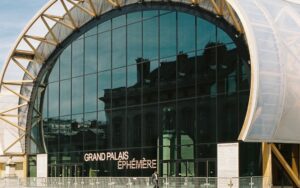 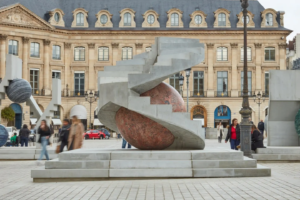 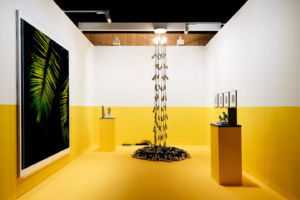 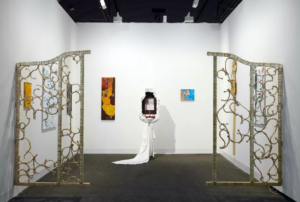