A polished and carefully offered fair, visited on a day of unprecedented London sun. Just finished, the fifth edition of Photo London confirms a more than positive trend (42,500 visitors this year, up on the 40,000 of 2018) that compensates for the massive efforts of the founders, Michael Benson and Fariba Farshad, to make it ever bigger and attractive: over 100 galleries, participants from every corner of the world, have been very well distributed in the generous spaces of Somerset House, an authentic eighteenth-century castle reinvented in 2000 to become the epicenter of contemporary British culture. If possible.

No fuss, it must be said immediately that the fair develops a good rhythm, not boring, despite the size and the compartmentalized distribution of the various stands. Still, you can’t do without certain photography, masterful it is true, although advocate of a Mannerist perfume that bears the whole fair, resizing that “especially the future” proclaimed by the management. However, sectorial virtues are rather sophisticated, technical and above all narrative, showing a visibly high quality on the market. Interesting in this regard, a copious oozing of small sizes for the walls of all Somerset: not only polaroid, always present, but various “pocket” declinations often with non-standard dimensions, denouncing the analogical ambitions of the photographers in circulation.

The expectation that emerged from the Discovery pavilion, where emerging talents proposed by 25 selected galleries, clearly international, are concentrated and well-deserved. Any name? Of this specific session the romantic inclination of some authors takes precedence over the remaining offer, more pertinent to the context but paradoxically even more current due to the temporal ambiguity suggested in the historical moment incarnating the eternal Nietzschean Present: the shots in the odor of Battaille of TILO & TONI proposed by Metronom gallery (Modena); the beautiful and damned portraits by Radek Husak exhibited by Dellasposa Fine Art (London) with fresco-like poses by a Signorelli, photos evoking Renaissance preparatory studies in silver tip, even if there are only jelly salts in silver (live) ; dulcis in fundo the Archeologies of the Present by Marco Maria Zanin brought from the Spazio Nuovo (Rome).

Returning to the Ground Floor, it would be inelegant (and uncomfortable) to propose a list of authors, after all, as mentioned, valuable, but I would like to mention the effective stands in the relationship between the setting up / works / space, capable of a certain exhibition autonomy: the Edel Assanti gallery (London) with few pieces manages to create a clear and concentrated punctum that qualifies the (3) authors; the dark and melancholy “dark room” effect recreated by Galerie Johannes Faber (Vienna) where black-background photographs evoke an attractive ghosts-story accent; to note also the Robert Mann Gallery (New York) with a pastel chromatic impact to describe the pale flashes of American everyday life.

About collateral events, although the Stephen Shore show alone deserves a trip to the capital (the Women in Photography pavilion with the works of Rachel Louise Brown, Mary MacCartney and Susan Meiselas is rather redundant), the surprise comes from the direct operation from the artist Gavin Turk, author of a public selection where several artists (some very young) create a photographic work in dialogue with the powerful bronze egg, signed by Turk, then the aforementioned are projected in loops on four screens surrounding the ovoid sculpture: Portrait of an Egg, is the ironic and successful main dish of the fair. 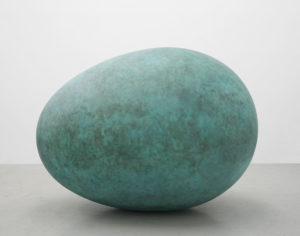