Porto dell’Arte. Appointment for the promoti...

PetriPaselli. Closed due to Il..

Porto dell’Arte. Appointment for the promotion of artists in the apartment

Irene Angenica and Davide Da Pieve are the two young founders of Porto dell’Arte – Appointment for the promotion of artists in the apartment born from the desire to promote artists through a series of exhibition events that will take place in a residential apartment, in the heart of Bologna.
A project-bet that wants to be above all a dialogue-challenge with the artist put to the test with domestic spaces, but also a different mode of visiting for the public.

Porto dell’Arte was born this year under the banner of research and sharing. Could you tell us about the genesis of the project, and why did you decide to give it this name?
I and D: Let’s start from the name, apparently trivial because the apartment is located in Via del Porto, but it was chosen for its metaphorical value as a place of exchange, a crossroads. Our intent is to allow young artists to gain experience in order to set sail, to stay in metaphor, to larger destinations.
I: Port of the art was born a bit ‘for fun, a bit’ for personal challenge. I had to write a curatorial project for an exam and I told myself: why not design something really feasible with the tools I already have?

Both you and Davide have had and have important collaborations and training experiences with artistic institutions both abroad and in Italy. When you have decided to give birth to this project with the desire to propose art in a domestic space, have you been inspired by some particular reality? Do you have any reference model that is Italian or foreign?
I and D: In reality, the will is a bit ‘to break with other exhibition sites of this kind. We are not a Home Gallery and not even one of those exhibition places in the apartment that the owners turn into a temporary white cube. We have documented the phenomenon of exhibitions in the apartment, but it is difficult to bring back to one experience what we want to do. First of all we have outlined some very precise paths, both critical and curatorial, to create a sort of challenge to propose to the artists. They are called to confront a strongly connoted space, with the aim of intertwining their research, their style, with what is already in the apartment.

To be in some way an independent space, from the management choices to the curatorial ones, entails a great freedom. How do you consider the curatorial practice of the new generations? Do you have any other person you value in this case as well? What role do you consider curating it today? And compared to criticism?
I and D: I am very happy to see that the practice of artists who invest the role of curator for other artists is coming back more and more in vogue, especially in Bologna. This is a very old practice, already in the nineteenth century we find the first curatorial artists, but I find it very fascinating and supportive. We try to leave a very high degree of freedom to the artists, we ask to work in relation to the environment, so it seems quite obvious that the installation is part of the work and belongs only to the artist (clearly if you need a hammer we are ready to get it!)
Today criticism and curation are seen in an increasingly confusing and misleading way. The urgency remains to talk about the artists and their works.

Regarding criticism, you have decided not to accompany the exhibitions with any critical text, not even on the website and on social media, thus giving importance to the relationship established in the act of happening that takes place in the encounter between artist and space, and between user and work. Why?
I and D: You basically answered yourself. Our will is precisely to create a direct and somewhat special relationship between the visitor and the exhibited work. In an apartment, contact with visitors is very different. When you open the door the visitor becomes a guest, he crosses the threshold of a private space that has implications and specificities that other places do not have. So welcoming people becomes a verbal fact and the presentation of the work comes by itself.
We realized that to be consistent with our idea of ​​direct presentation of the work, on the web it was necessary to address us only through images and video, because we want to exploit the immediacy and dynamism of the internet. However, we are working to publish a collection of critical texts that will document all the first experiences of Porto dell’Arte.

Paolo Bufalini and the collective CHMOD were the first guests of Porto dell’arte. What relationship did you establish with the artists and above all how would you define the work they decided to present?
I and D: Artists are always our peers this helps us to create equal relationships, we end up becoming friends right away. The works presented to us are always born from a dialogue between us, the artists and the home environment. Both Paolo and the Chmod managed to face the given space by modifying it and interpreting it according to their own style and their own poetics. Despite the diversity of the works presented, the need to experiment has been continuous and constant, and both have reached the objective of changing and communicating with the environment.

Porto dell’Arte is born in a precise cultural context. As you see inserted, a reality like yours, within a city like Bologna, with a precise history and a precise cultural background? And above all, why Bologna? For need of study and work or why do you think it is still a city on which you can invest and bet?
I and D: A little ‘both. We study and work in Bologna and we think this is a city where young people are always in turmoil. Proposing new exhibitions means to give an extra voice to the culture of this city, to create the possibility of putting into practice a further challenge, moreover in a narrow space and more complex than the norm.

Porto dell’Arte presents itself at present as a flexible and prismatic interstitium within which everything (from the domestic space to the proposed work) interacts with the other. What feedback have you received from visitors, artists and other cultural operators in your first exhibitions? And what goals does it set into the near future?
I and D: We have hosted many visitors, some of them unrelated to the world of contemporary art and above all we have managed to involve many young people. In our opinion this is a point in our favor, it means that we are doing a job that involves our generation. In the same way, both artists and cultural operators are attending our space and, even on their part, so far we have received only positive feedback.
As for the future, we already have a series of scheduled exhibitions that we will reveal from time to time and hope that the attention remains high as it has been up until now.

Last question, you are both very young and we know how difficult it is to work in the cultural field, so much so that venturing into activities of this kind becomes almost an act of courage. What brought you to love art? Was there anything significant in your path of students or simple enthusiasts who triggered “the spark” to use popular rhetoric? Do you have any artist, critic, or teacher who has affected or influenced your vision, even unknowingly?
I: My passion for art was gradual, there was no real love at first sight. Surely the personalities that have influenced this passion of mine have been many, impossible to cite all, but if there is an artist who could light a devotional light that is definitely Kurt Schwitters.
Q: I attended an art school already from high school, and at the same time I always knew that I would never have been an artist. I think it is essential not to reflect only on the thought of a critic or an artist, but on the contrary, it is important to always look for new incentives to improve and continue on the way. 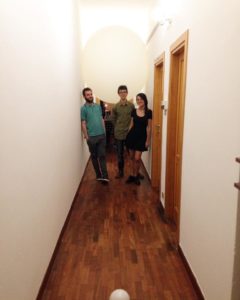 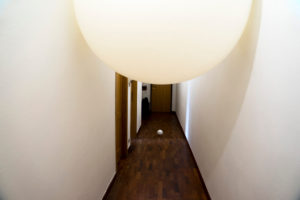 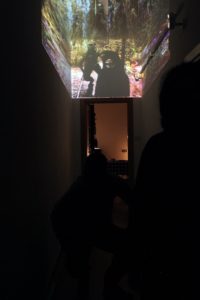 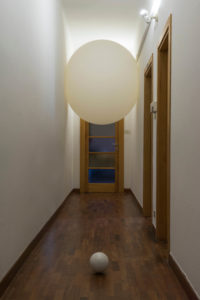