PetriPaselli. Closed due to Illness.

PetriPaselli. Closed due to Illness. 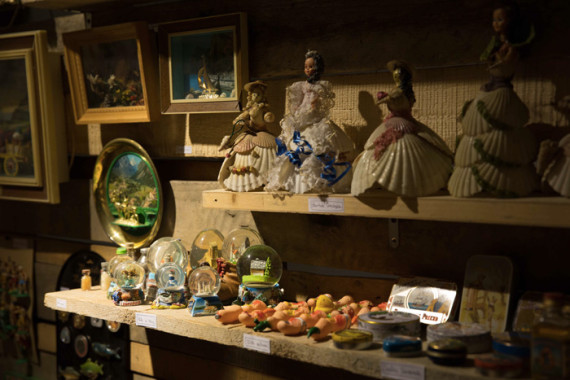 Things are part of the language as words but they can imply more precise and layered structures of representation: each object is created as an extension of a specific culture and materializes a particular aspect of its owner’s personality. At the same time things are bearers of formal qualities that result from the interweaving of their functionality with an aesthetic casing designed to be identified and selected from others triggering the desire of the final consumer. And the inexhaustible ambition to own exclusive objects that embody models of beauty, rarity or strangeness is the engine of collecting, a historically elitist phenomenon that with the advent of consumerism has been democratized up to be potentially accessible to every social stratum. The collector, sovereign and demiurge of a small artificial world where the only limit is its creator’s capricious will, look and reworks the surrounding reality through the filter of his obsession to shape a comfortable retreat where he can escape. On a subconscious level the act of collecting could be read as an extremism of the individual’s tendency to strengthen his identity by furnishing the spaces in which he lives with the objects on which projects his desires arranging them according to subjective principles of pleasantness.

The latest project of the artistic duo PetriPaselli reflects on the artistic, semantic and psychological implications of the collection understood as subject, material and method of a creative process based on a kind of “positioning language” that interferes with the established order through the juxtaposition of elements that thanks to the new location interact each other calling into alternative meanings and open to the reconciling of opposites. The exhibition Closed due to Illness, which in the title alludes to the collector’s irresistible compulsion to repeat, it is staging an unlikely collection of objects in a life size rebuilt wooden trebuchet in whose network are entangled gaudy plastic sea creatures . The pile work, anchored to the ground with thick beams but suspended between sea and sky as an independent cell, symbolizes the collector’s insulation who protects his treasures by making them inaccessible, while the net alludes to his predatory relationship with the outside world perceived as a land for private looting.

The space within the fishing machine is saturated by an insane arsenal of kitsch items neatly arranged on shelves on the wall and divided by families, size and other equally random criteria scattered as clues of a surreal narrative or short circuits about to collapse the ensemble. The effect of these artificial series disturbs and seems to awaken an uncanny aspect lying just below the surface of everyday life: deformed fingers may from time to time play the small pianos or operate the shutter button of a toy camera, the doll heads without eyes would probably suck tobacco once contained in the pipe setting them with exhaust lighters, buttons seem more precious than pins and more elegant than the fruit labels. The flamingos are silent and enigmatic despite their loud color, whistles shaped like a bird could invoke or banish childish monsters to gather the Capitoline wolves and the sheep for a friendly dance inside a souvenir picture or a snowball. Snow White and the dolls shell compete to grace and loveliness involuntarily involving in the comparison the blessed water bottles in the shape of Virgin Mary, while a nutcracker manages to pull off a winning smile than the anatomical model of human teeth.

In this vertigo of visual associations and inexpressible affective recalls each element has an intrinsic value explained by the series to which it belongs, but it has the same importance of its fellow adventurers and seems to reach an agreement with all for its existence itself and for the fact to have been chosen and exhibited. The ideal centerpiece of the collection set up by PetriPaselli is a card index disguised as a child primer that alphabetically lists the types of objects lined up on the shelves along with other not yet represented categories that could pose a hypothetical increase of the ambiguous Wunderkammer on display. If to accumulate, sort and name things becomes a process of investigation and knowledge, the word that identifies and limits the withdrawal from reality is the germ of an action aimed at searching for an impossible definitive meaning. The collection, therefore, that is a conceptual device to which the artists give an ironically playful and harmless look, triggers a refined conceptual reflection on the gap between language and its possible materialization and about the aporia inherent in the artificial creation of a limited precincts that is open to the exponential proliferation of an uncontrollable diversity.

The keystone of this mental architecture could then be identified the trabocco model camouflaged among other miniature landscapes: too small to access it even with only eyes, it lets imagine a similar collection packed inside and it is counterpoint to a similar painted trabocco placed in the second section of the exhibition. On the lower floor of the exhibition space a visionary science lab dissects the brain of the collector looking for physiological reasons for his peculiar attitude. Once again, the tools of the trade (bottles, flasks, slides and captivating anatomical tables) form a further collection open to unpredictable extensions and become a metaphor for experimental research that through these insights, mistakes and imperfect analogies reveals its basic affinity with the object of its investigation. 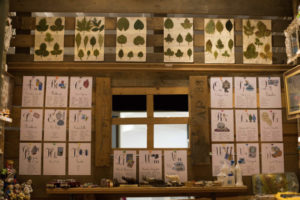 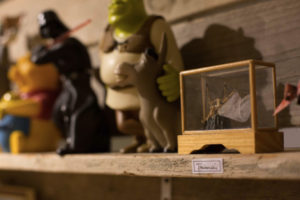 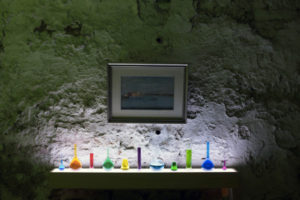 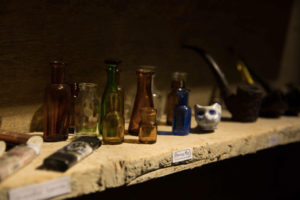 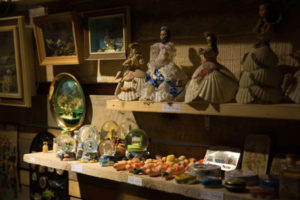 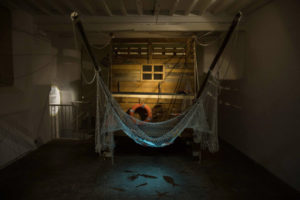