We meet the dr. Robert Inhof, director of Galerija Murska Sobota, a museum supported by the Slovenian Ministry of Culture and the municipalities of Murska Sobota and Moravske Toplice, as founders.

What was your professional training?
I graduated in art history from the Faculty of Philosophy at the University of Ljubljana and I obtained my doctorate from the Alma mater Europea – Institutum Studiorum Humanitatis with the thesis entitled Luther’s Reformation in a Rhetorical Mirror of an Image. Theology, folklore, image. Since 2002 I’m the member of Slovenian Section of AICA (Association Internationele des Critiques d’Art).

Is it possible to find sponsors in favour of contemporary art in Slovenia?
In the past it has invested heavily in art and several companies have set up their own private collections while buying works of art in support of various public collections. The economic crisis has interrupted this virtuous relationship between companies, artists and state galleries, and today the museums and public galleries depend above all on the funds received from the Ministry of Culture and the founding Municipalities.

In Slovenia, do you currently believe that collaboration between private galleries and public institutions is possible?
We have often collaborated with private galleries as part of the European Small Sculpture Triennial. The difficulty of this collaboration is that private individuals impose conditions on the loan of the exhibited works. These conditions are often unsustainable from an economic point of view for a small reality like ours.

What are the main obstacles encountered by a young Slovenian artist who wants to propose himself on the international scene?
The causes are many, from the excessive number of artists to the absence of those who should promote them. The main cause, however, is a certain disdain for art that depresses and makes artists passive from the beginning. The current era is dominated by the image: we are constantly bombarded by captivating images, but lacking true meaning. And reversing the route is not easy at all.

What are your future plans for Galerija Murska Sobota?
The year 2019 is an important date because we celebrate the 100th anniversary of Prekmurje’s membership with the homeland. In Prekmurje, as well as throughout Slovenia, numerous events will be held to celebrate this anniversary. Our main event will be an exhibition entitled: Solitudes. Expressions of Anxiety in Fine Arts from Prekmurje (Sellection of Artworks from the Permanent Collection of  The Gallery of Murska Sobota). At the same time, the exhibition will be built on three levels: it will shows the development and achievements of modernist art, which was created in Prekmurje starting in 1970; the project will be thematic so that in the works of the various authors the common denominator is an expression of loneliness and anxiety; and will consist of works that are in the permanent collection of the Murska Sobota Gallery. Thus, in this exhibition, not only the works created by our best artists will be presented, but also the works that are now in our permanent collection and therefore public property, as special and constant testimonies of our artists’ most successful efforts. This exhibition, which will be presented in other Slovenian galleries in the coming years, and will be accompanied by an in-depth analysis. The works of our great painters will be presented: Igor Banfi, Dubravko Baumgartner, Nikolaj Beer, Robert Černelč, Sandi Červek, Ladislav Danč, Marjan Gumilar, Zdenko Huzjan, Franc Mesarič, Mirko Rajnar, and the photographs by Nataša Kos and Dušan Šarotar. It will be a thematic exhibition of artists who have created and continue to create what we can call today artistic tradition. The essence of all these authors is that they were appreciated in a short period of time both in Slovenia and abroad. In this way, the artistic language with which they express themselves is no longer a local dialect, but takes on a universal quality that can be appreciated everywhere. The artists mentioned above, with their particular and distinct personalities, have allowed to break the isolation of the Prekmurje, inscribing it on the artistic map of Slovenia. What is common to all these artists is the expression of a state of anxiety and solitude that is firmly impregnated in the profound reflection of man and his being in the world. 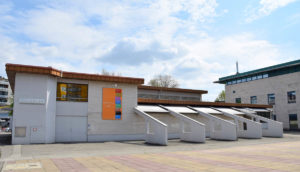 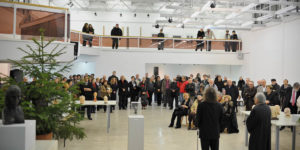 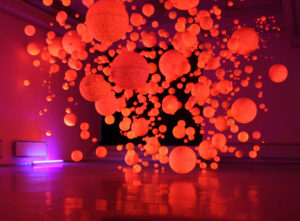 One last consideration?
Murska Sobota is a small city of about 18 thousand inhabitants. It is quiet and tolerant city. The Gallery of Murska Sobota is one of the most important and well-known cultural poles in Slovenia, and although our staff is composed of only five people, it is multidisciplinary and very efficient. Our exhibitions, conferences and workshops are always attended by a young and very attentive audience. In our gallery we have exhibited works by Marcel Duchamp, Josef Albers, Max Bill, Bridget Rilley, Aleksander Rodčenko and others. I would also like to mention the staff of Ludwig Wilding, a German artist, who participated in the legendary exhibition The Responsive Eye at the MOMA in New York in 1965. But as I said above, the most important thing is, we have an excellent domestic artists in such a small city.