William Kentridge and his arch.. 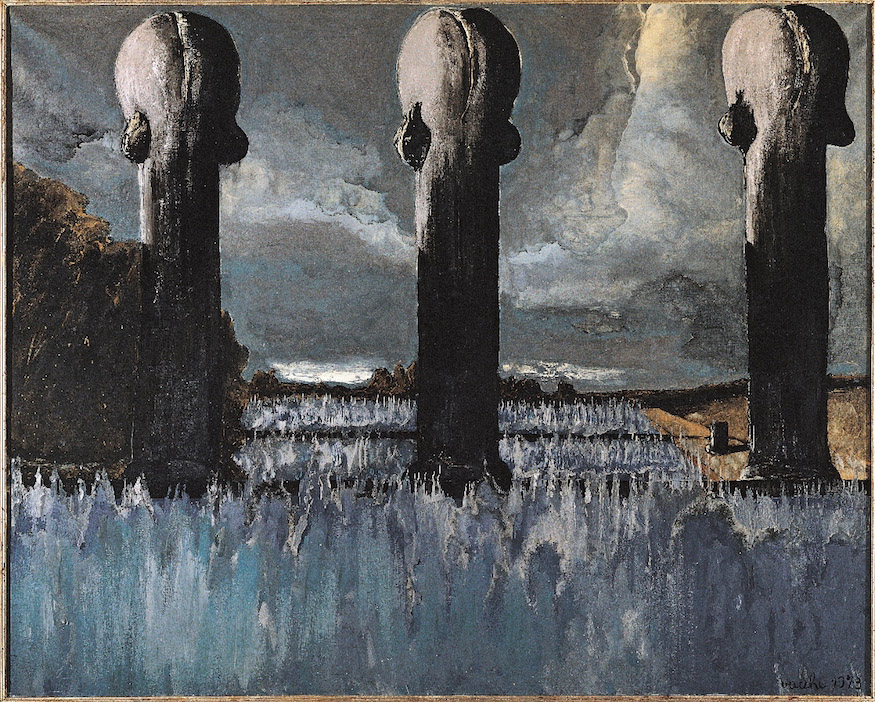 Sergio Vacchi (Castenaso, 1925 – Grotti, 2016) was an eccentric, compulsive, visionary and controversial person who throughout his career chose to remain a stranger to the dynamics of the art system and to the ideological lineups in which critics and artists used to militate to follow his own personal creative nature.  Although he was self-taught, he received the appreciation of influential critics such as Arcangeli and Crispolti and the support of a particular group of collectors more connected to the cinema than to the galleries, such as Sofia Loren and Carlo Ponti who acquired 110 of his paintings in the 1960s. Trained in Bologna on Picasso and Cezannian suggestions, he joined the informal atmosphere and then moved to Rome in 1959, where he remained for almost forty years before retiring to the castle of Grotti near Siena.

With the exhibition Mondi Paralleli at Palazzo Fava curated by Marco Meneguzzo for Genus Bononiae. Musei nella Città, until now the most complete show dedicated to him, Bologna pays tribute to the Master by retracing the salient stages of his artistic life and proposing an original re-reading of his work that highlights, beyond all historicization, the extraordinary relevance of his painting. The selection of the exposed paintings tends to downsize Vacchi’s adherence to the Informal movement to which he is usually associated to consider it as a transitory phase of a poetics of contamination which introjects and reinterprets expressive suggestions from every language to amalgamate them into a new stylistic coherence.

One of the most evident conductive threads of his production is the gigantism of the canvases with which he engages even in the youth trials. The great dimension of the pictorial plan transforms the painting into a scene that absorbs the viewer in an almost cinematic sense, inviting him to identify himself in the narration, which is from time to time abstract, material or absurdly figurative, that color orchestrates in front of his eyes. Looking at a painting by Vacchi we find ourselves immersed in a dream populated by enigmatic presences that hybridize reworkings of the western symbolic repertoire, suggestions drawn from his private history and allusions to the protagonists of the international cultural and artistic scene he admires. The reality is distorted and re-proposed in a degraded version where each element maintains its own recognizability but loses its operating logic to become a disrupted gear of a dreamlike vision that we can only perceive by fragments. The coherence of the whole is entrusted to the eloquence of the color which is responsible for transmitting the atmosphere of the depicted situation and acting as a link between its centrifugal shreds. Vacchi uses a precious color range, interweaved with pearly reflections, phosphorescences, metallic glints, and purple shades that diversify the variations of each painting cycle, obsessively repeated even after many years. The gray fog that surrounds his scenes is therefore the signal of entry into another dimension, a parallel and magical world in which man is at the mercy of his existential disorientation, lonely but comforted by the awareness that his own frailties are joining him to the whole humanity.

Over time the style of Vacchi evolves, passing from the geometric decomposition of the visible of the 40s to the overturning in the foreground of the vitality of the macerated flesh of the following decade, stemming in the ’60s from a net outline, the assumption of the new depth of a field that allows him to orchestrate complex scenes in which several technically incongruent spatial planes are connected. And precisely this dream-like dimension is emphasized by the Bologna exhibition as the most significant trait of the artist’s poetics, which managed to anticipate the anxieties of postmodern imagining Blade Runner like disquieting settings when the visual culture had not yet felt the imminence of the post-human era. Vacchi’s private nightmares can therefore be read as prophetic anticipations of the hyper-technological ubiquity of our times and of the alienation of the individual in the labyrinthine flow of images constantly released by the Internet without temporal and valuable hierarchies. In fact, each element of Vacchi’s painting lurks in the pictorial material without any consequential and dimensional reference; it is an indication that refers to a jumble of suggestions only provisionally laid out in a scene that is always available to welcome new appearances.

While the great paintings appear as an open field of never exhaustive possibilities, the analytical attitude of the artist is expressed in a crowded gallery of portraits in which he alternates his face with the almost maniacal repetition of certain subjects, such as Francis Bacon, Picasso, Proust, Greta Garbo and Marlene Dietrich. In this case, the starting image seems to come from the official appearances spread by the magazines transformed into grotesque masks by a tic or a grimace that reveal Vacchi’s affection and point of view. Narrative icons perhaps reminiscent of the emblematic figurativity of the so-called artists of Piazza del Popolo that Vacchi knew when he moved to Rome when pop art raged in the capital, are accompanied by attitudes and objects-attributes that nail the person to the character. In the same way, the dozens of self-portraits with which the artist incessantly scours his own image present a varied series of obsessions made tangible by the props that concentrate the attention on ever-changing details of his personal and artistic story. 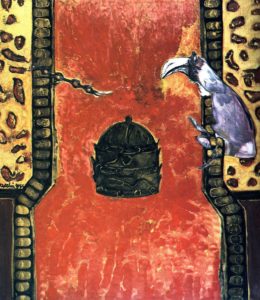 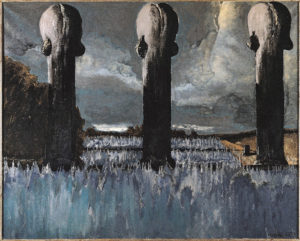 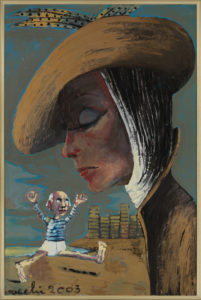 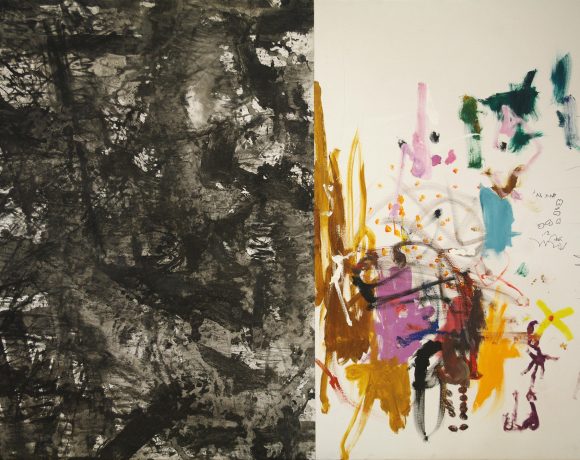