Paludi by Giuseppe Agnello at ..

A neo-metaphysical, visionary, gothic, magical realist with a Renaissance tradition: the Sardinian artist, Milanese by adoption Silvia Idili can be defined in all these terms: admirer of both Leonardo da Vinci and Giorgio de Chirico, but she certainly represents a hypnotic, magnetic art, which has to do with our unconscious and with our way of relating to the absolute and reality. The paintings of the Sardinian artist stand out for an original symbolism and chromatic research that make her works highly scenographic. The art of Idili evokes geometries, harmony of forms and compositions taken from the past to express with greater intensity and credibility the spiritual, emotional and psychological tension of the contemporary human being, very often displaced by the complexity of the reality in which he finds himself and who does not know how to decipher , even when confronted with the transcendent. The art of Silvia Idili is an invitation to understand the meaning of life, especially through the ritual, a fundamental category of civilization according to the great anthropologist and philosopher Mircea Eliade, as well as, as Idili also claims, a guarantee for the maintenance of one’s identity and as far as this aspect is concerned, the artist is fully herself, a visionary existentialist who tells the absurdity of life going beyond the visible, drawing on the dreamlike and metaphysical dimension and atavism of her native land.

Silvia Idili has exhibited, among others, at the Museum of Contemporary Art in Lissone, Galleria Moitre in Turin, and MEA Museum of Emigration Asuni in Milan.

Your works merge classicism and metaphysics. How does this syncretism come about and what do you think is the common thread that unites these two important contributions of European art?
It was born by chance and certainly not from my planned will, perhaps this meeting happened because I prefer classical painting and I regard Giorgio De Chirico, protagonist and inventor of metaphysics. The common thread that unites them is the thought of this current that it uses elements of classical painting to distort the reality that apparently resembles to what we know from our experience. You go beyond reality to go somehow beyond.

The definition “geometric visionary painter” is an expression that is close to you?
In general I don’t like definitions, even though people often need to describe in words what they don’t know. However I like to be called a visionary painter. For me it has reason to be an absolute compliment.

What kind of inspiration does your land, Sardinia, offer?
All. From sanctuaries to mountains, from myths to legends, from archaic rituals to traditional customs, from masks to colors, from the most profound and authentic wisdom to the way of life and to think of certain people, lacking in academic culture but rich in an everyday culture that is not ignorance but a deep atavistic gift of thought and superior contemplation of life.

How much does the Renaissance lesson count in your production?
Ever since I was very young, I have always felt attracted by Leonardo Da Vinci, the emblem of Renaissance man. I suppose this important artistic period marked me, since in the Renaissance there was a strong interest in the geometry and the Platonic Solids.

What do you think of today’s art, and above all of those artists who totally reject tradition?
I don’t think about today’s art, I just observe and collect what good it can offer me. Every artist must feel free to choose a direction; even if the knowledge of tradition is fundamental, regardless of which direction you want to take in your artistic process.

The show that gave you the most satisfaction?
I believe that every occasion to exhibit one’s paintings is a source of satisfaction. I am satisfied with all the shows I’ve done so far, without prefer or belittle any of them; because every show I did contributed to the growth of my path.

Where and how did Silvia Idili grow up?
I was born in Sardinia, where I learned to observe the sky, to know the stars, the names of the winds, try to understand my grandparents when they were talking the Sardinian dialect and discover that I lived in a place, where another language was spoken. Growing up, I realized that I lived in an island and this fact gave me a different conception of life; but above all it made me curious and pushed me to go beyond what my eyes saw and beyond what my senses allowed me to perceive.

Contemporary art has created a continuous misunderstanding: the curator or the critic become filters that legitimize the artist, defining what is art and what is not. In this “game” the visitor obviously also falls. What do you feel to say about these three figures?
To relate to art with the right sensitivity and above all without prejudice.

What are you trying to convey to the visitor and the art world in general?
My paintings are just an invitation, a window of thought that incites the viewer to look out and reflect on the meaning of existence.

In the work “Visionaria35” as in other similar works, you seem to want to show the eye that also sees itself, which goes beyond what it sees, reflecting on the relationship between vision and blindness, in the manner of Derrida who wondered what do we really see when we see?
Yes. The series of Visionaries, sometimes represented by female and male portraits, are represented by faces, with eyes often hidden by geometries or sheets, they are symbols of infrastructures created by the mind, to hide and mask the true nature of one’s own being, which is at the same time an expression of spiritual tension in relation to the anxiety of the contemporary. Visionaries invite to the reflection and an inner gaze.

The vision, the look are metaphors of knowledge par excellence, which borders on the intellectual vision, what do you think you know through your artistic work?
The absurdity of reality itself.

What is the ritual for you? It is a theme that often occurs in your paintings.
Research and the guarantee of maintaining one’s identity.

Does the dream dimension represent for you an escape from an often disappointing reality, or rather contributes to understand it better?
The dimension of the dream is that in which the the deeper nature of things manifestes itself, it is the most intimate layer of the existence of the world.

In which type of relation is your “metaphysics” with the transcendent, has it a character of tension towards the absolute? Or do you think a synthesis between reason and theology is impossible?
My works tend to search for one’s own self, which, however, is known only at the end of the circle. The tension towards the absolute is subjective, everyone feels and finds his own absolute on the basis of his belief and non-belief. The synthesis between reason and theology is relative, everything depends on ourselves and on what we seek and find in the silence of meditation.

Any upcoming commitments?
My project is to continue painting 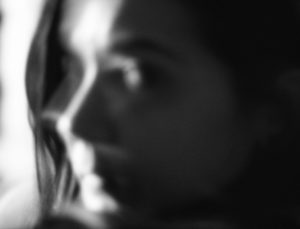 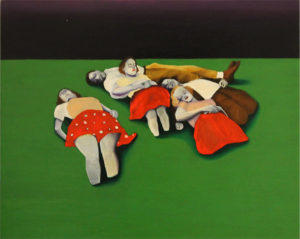 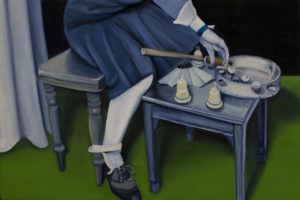 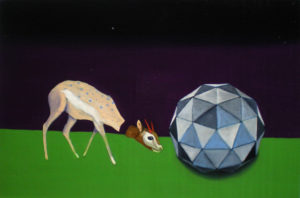 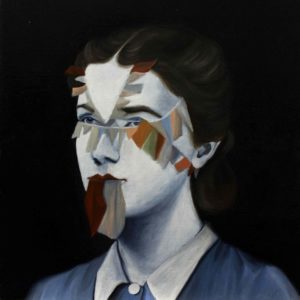 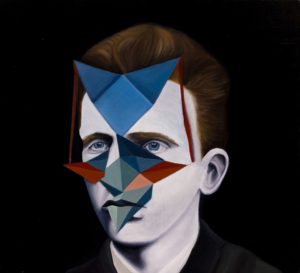