Pietro Finelli in the new NAMI..

Sylvie Fleury’s “Turn me on” exhibition at Pinacoteca Agnelli in Turin, the Swiss artist’s most comprehensive held in Italy so far, introduces the viewer to an exhibition path pervaded by the deconstruction of symbols and images concerning the role of women in our society. At a superficial glance, the pop allure that one breathes from the very first room could mislead and just as it happened to a clueless viewer of one of Fleury’s first exhibitions, think: “Please, no more of that kind of stuff”! This was the message left by the naive visitor in the guest book placed at the exit, but creatively interpreted in one of the rooms of this exhibition, where a series of unusual and curious objects are displayed. 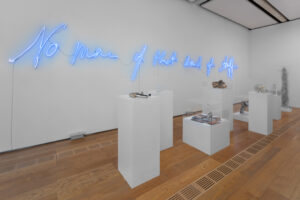 Instead, inside transparent showcases, usually used for precious objects or artworks of great value, there are extravagant vaguely fetishistic silver-colored shoes, a golden hair dryer and a pair of handcuffs, also golden, branded Gucci, all objects of standardization of the classical ideal of femininity and consumption. These concepts are underscored by the title of the exhibition “Turn me on,” which immediately introduces us to the dichotomous incidence of “women and motors, ” with the double and implied reference to the ‘car’s ignition on one side and the implied eroticism on the opposite side. Sylvie Fleury with her allusive messages creates a kind of cadavres exquis, a common thread that runs through all her artistic semantics always aimed at the same purpose: to evade the clichés and stereotypes in which society wants to harness women. 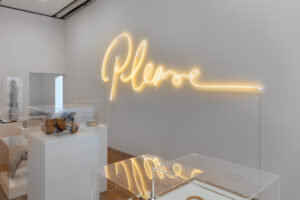 In pursuing her purpose, through appropriationism as a primary language as well as a distinctive element of the Pop Art she is inspired by, she is predictive in her deconstructivist role, marking the way to a new feminist image of women, already indicated by the beginning of her career, but received by the public only a few years ago. Through street fashion and vintage, a completely different narrative is constructed of the iconic pieces of the most fashionable brands, which are often interpreted with irony by the wearer, demolishing the sacred allure that such goods had in the past. Evidently, the reference to such consumer products, the value they represent for women and the value society attributes to them is another topic of the artist’s poetics, matured during her early days in the fashion field, including being Richard Avedon’s assistant. 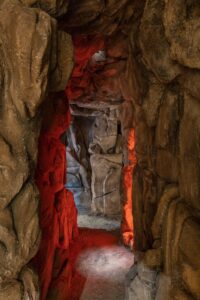 Sylvie Fleury, Tour me on – Be good, be bad, just be!, courtesy Pinacoteca Agnelli

Emphasizing feminine symbols, such as the stiletto pumps, is thus figuratively wielded by the artist in the video “Walking on Carl Andre,” broadcasted in one of the rooms, in which we see some women walk on the Squares, the floor works that made the American sculptor famous. It was a gesture as simple as it was destructive so much so that the videos were filmed by Fleury in private collections after a museum in Germany had forbidden her to film them in the current exhibition, thus creating privately owned artworks that were completely out of the artist’s own control. Her installations, which are characterized by an apparent simplicity and eye-catching colors, always conceal a profound dichotomy between becoming a woman (ss Simone De Beauvoir said “one is not born as a woman, one becomes one”) through a spiritual and inner journey and the distorted image that society instead superimposes on the female figure. In this perspective, the installation “Be good, Be bad, Just Be!” is outlined, a reproduction of a cave whose passage inside forges the personality of the one who walks through it, with a message, that of the title, that urges self-awareness, independent of how one is. 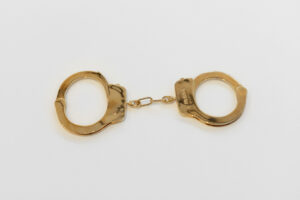 The artist’s critique, however, is not only directed toward the deconstruction of the symbols that society attributes to women, but also, and above all, at the demolition of the figure of the white male, who plays a standardized role with his dominant thinking. This gives rise to the installation “The eternal wow” where a particularly eye-catching striped pattern, a decorative element of one part of the room, which explicitly recalls the work of conceptual artist Daniel Buren, is reinterpreted by breaking the geometric verticality, as a symbol of rebellion against the artwork of reference. It is thus configured as a gesture of overt mockery toward an art, the minimalist art, primarily created by men, in which women now assume an active role, and no longer a delegated one, such that they themselves reinterpret the canons of communication established by them. 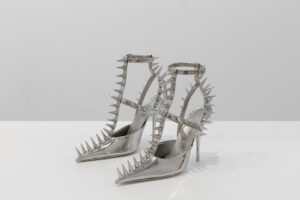 Ultimately, Fleury’s work aimed at deconstructing and demolishing a series of symbols such as cars, artworks belonging to predominantly male prerogative currents and consumer goods pertaining to the female sphere, most coveted by the mass public, introduce an intrinsic message in her artistic narrative that pushes the viewer to go beyond the explicit messages and reflect on what they represent, also as an element to combat the manipulation of the figure of women in the common imagination. 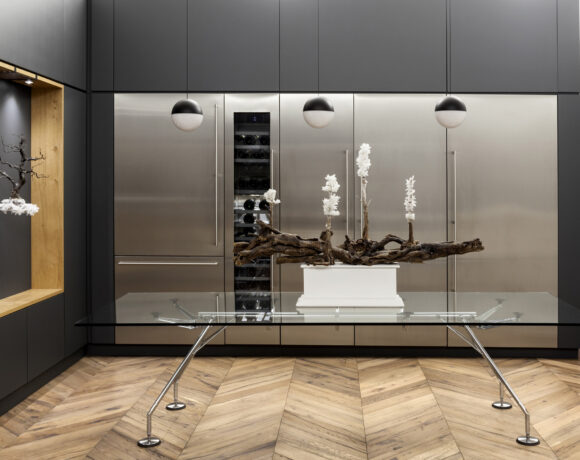