The fabric as art: Antonio Ratti entrepreneur and ...

The fabric as art: Antonio Ratti entrepreneur and patron 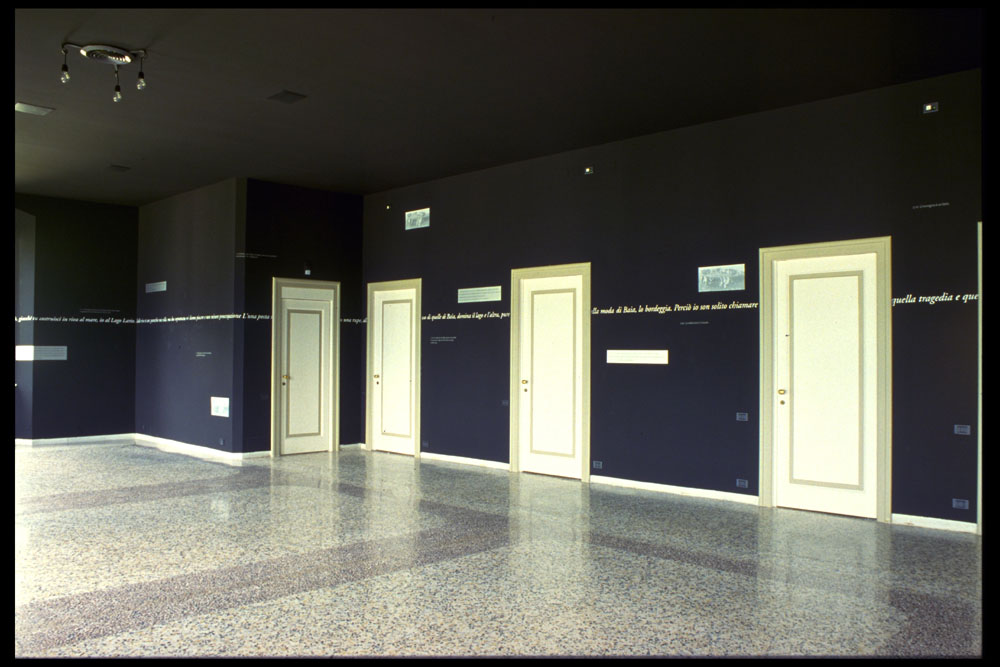 “Knowledge of the past generates the birth of new ideas
and create new forms of beauty.” Antonio Ratti

The exhibition The fabric as art: Antonio Ratti entrepreneur and patron is remarkable for more than one reason.  Entering the Palace we are welcomed by the important installations of Yona Friedman in the Courtyard of  Honor, Exposition Sans Titre, (2017) Rings, and in the Esedra by Richard Nonas, ICE; and after the ice (2017) 120 granite slabs, and Matt Mulligan’s Untitled (7 Signs with City Chart) (1992), 7 pieces, limestone and plaster, and in the Grotto, Liliana Moro’s Untitled (2017) sound, cd.

Unforgettable the aisle nave in the Fruttiere by Renèe Green, Space Poem # 6 (Tracing): a set of flags with the names of famous gardens now disapperead. An extremely impressive installation that reminds us of landscapes we can only imagine. Below, a long table covered by colorful silk cloth with texts that speak about artists and exhibitions and at the sides a long sequence of ancient and contemporary fabrics.

And as soon as you enter, there is the autobiography in the form of a visionary and fantastic poetry, coupled with one of the cashmere masterpieces, the “Denderah” shawl, and a mirror by Gerhard Richter. Knowing see in the Past, Present, Future, the ability to look ahead but also back to the story, to the complexity of time and space. “HOMO FABER – HOMO POETICUS” says in the text “THE RELATIONSHIP BETWEEN BUSINESS AND CULTURE IN THE HISTORY OF ANTONIO RATTI” Stefano Baia Curioni speaking about “Two functionally similar positions – the entrepreneur and the artist – both revolutionaries and experimenters, but divided by a radical ideological antithesis”.

And what about the work of  LuigiOntani in the Ala Napoleonica “Mostri comaschi su astri” (1989), china and watercolor on paper and printed cotton, which in addition to the play of words, plays between the work and its cotton print that makes their background. Then there are the performance videos that have happened over time to the Foundation, such as Yvonne Rainer’s (2015), The Concept of Dust, because, in 1985, the Antonio Ratti Foundation was set up as a tool for promoting and disseminating culture, then established the Studio of the Fabric and then promoting the Upper Design Course and the Visually Advanced Art Course, now the CSAV-Artists Research Laboratory, where international artists and important contemporary artists have been working, such as Yvonne Rainer, one of the teachers of contemporary international dance.

On the occasion of  his participation as visiting professor at the Ratti Foundation’s Advanced Art Course, Hans Haacke, Leone d’Oro at the Venice Biennale in 1993, set up his personal exhibition at the former church of San Francesco in Como, consisting of Three works: Wide White Flow (1967), The population meets St. Francis (a series of photographs from the Der Bevölkerung project), and a site specific work dedicated to Italy Once Upon a Time, (2011-2).

The exhibition, produced and realized by the City of Mantua, the International Center for Art and Culture of Palazzo Te, the Civic Museum of Palazzo Te and the Fondazione Antonio Ratti, is curated by Lorenzo Benedetti, Annie Ratti and Maddalena Terragni. 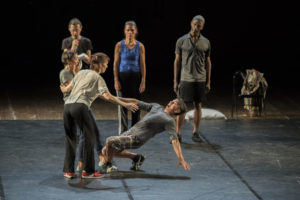 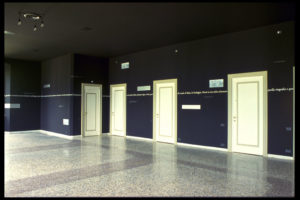 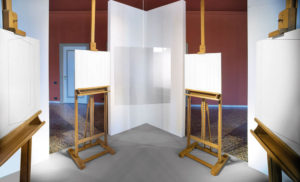