The pictorial cycle Aphonia by Matteo Ciampica. In...

Expression of the research and of the incessant experiments of the last decade, aimed at investigating the sensorial features of color and the plastic potential of the chromatic material, the Aphonia pictorial cycle expands on a succession of chromatic variations around the same theme, around the same conceptual fulcrum, but with formal solutions and outcomes divided into several iconic and stylistic registers, admirably mastered by the strong personality of the author, to be considered among the most interesting of the emerging artistic scene, for his ability to transfigure echoes and suggestions of the pictorial tradition and of the aesthetic heritage of the past seasons in an autonomous and original formal language, released fromthe artistic trends of our time, but deeply rooted in the contemporary.

The scenarios of the Aphonia cycle, completely free of artificial objects, episodes of narrative character and devoid of any descriptive purposes, are essentially connoted as interior landscapes imbued with a strong symbolic charge.

On the terrestrial plane, separated almost imperceptibly from the kaleidoscopic ether by the slightly undulating hilly profile, which determines the horizon line, rise up at variable distances silhouettes of cypresses fiercely pushed out, with their thick and peaked foliage. With a configuration similar to cosmic pillars, the cypresses punctuate every horizon traced in this pictorial series, assuming the same ancestral value of an alignment of menhir. The painter has made them his own personal code as an artist, a signature style that is both form and content; in fact, they are not irrelevant to the adoption of this distinctive “sign” nor the morphological characteristics of the plant and its widespread presence in the land of origin of the painter, nor the “sacred” nature of a primitive tree, that has risen since ancient times as a symbol of immortality and in this context, more than ever, identifiable with the axis mundi (the axis of the universe), the cornerstone of the religious cosmology of very ancient civilizations. In an even more suggestive meaning as more faithful to the conception of the author, according to an existential and suggestive value, we could push ourselves to transfigure each of these tree flames into so many souls that populate the terrestrial horizon, living axes of earth-sky conjunction that each human being, in fact, embodies.

The bare and essential landscape stands out alone on the boundless vastness of a sky whipped by the chromatic vortexes of Abstract Expressionism, generating a vibrating interpenetration of the figurative element with the forms of abstraction, of the physical plane with the super-sensible one. The impression conveyed by the “limitless spaces” that open up to our gaze is that of being confronted with a revival of the theoretical-aesthetic category of the Sublime, which has permeated a significant part of the European pictorial production of the Romantic period and which appears here reinterpreted in an original key and according to canons of absolute contemporaneity, both on the conceptual and on the executive level. In particular, the spatial construction of the image, as well as the type of chromatic layout, refer to that “dynamic sublime”, according to the definition of Kant, referable to the phenomenon of nature characterized by a powerful explosion of energy, from the unleashing of the elements’ fury that gives a swirling speed to the atmosphere. Likewise the essentiality of the compositional structure, based on a substantially bipartite space scan, in which the lower figurative element – a combination of horizontal and vertical lines – occupies an infinitesimal part compared to the immeasurable spread of the immense sky, also recalls the poetics of the Sublime, acknowledged in its most meditative and spiritual declination, aimed at showing the eternal dialogue between finite and infinite, among transient earthly dimension and cosmic totality.

The investigation focuses on a strongly dynamic spatiality, generated by a disruptive gestural energy that becomes a direct mirror of the author’s mood and in which at the same time the viewer, operating a sort of identification, can read the reflection of one’s inner condition.They are canvases characterized by an all-over painting made of bright, dense and vibrant chromatic material, in which the color is freed from the constraint of the form, pulses of autonomous life and creates a magnetic, hypnotic visual space capable of involving the observer in an immersive and totalizing relationship with the work.

Although Ciampica’s cypress trees sink roots in his places of origin, in the familiar lands of the Trasimeno lake area, the images evoked are not physical locations, geographically recognizable, but they refer to the universal dimension of the soul and instill an emotional resonance at any latitude. 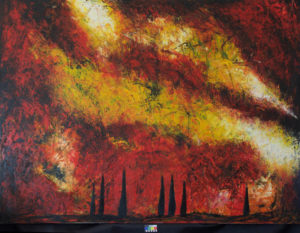 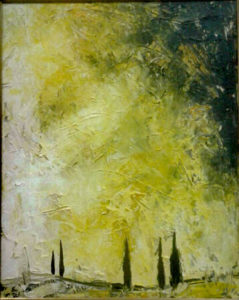 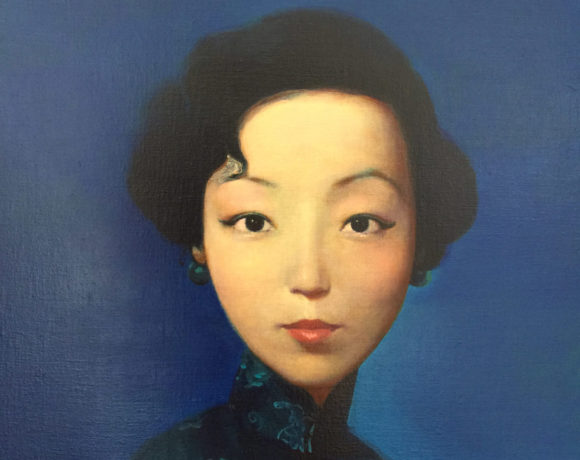 Liu Ye at Fondazione Prada. A painting is just a vessel 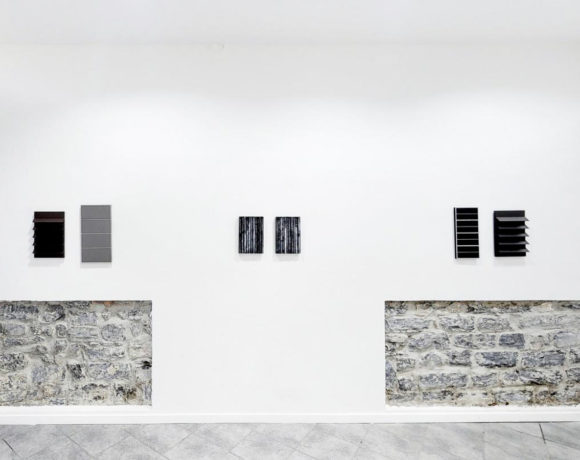 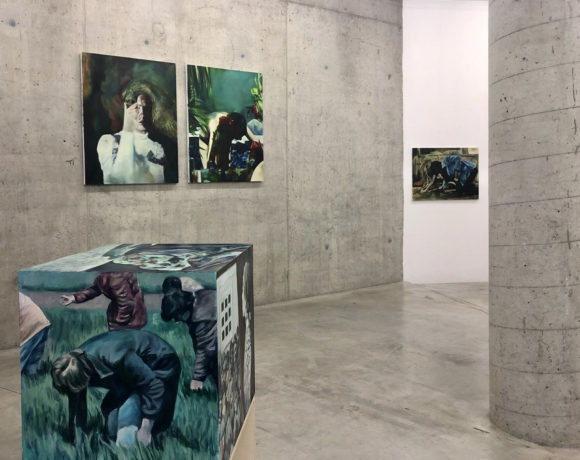