The postmodernist philosophy of art: Equilibrium b...

The boundary between reality a..

The postmodernist philosophy of art: Equilibrium by Jeff Koons

In 1985 the artist and former Wall Street broker, Jeff Koons organizes an exhibition at the International With Monuments gallery in New York: Equilibrium. Contemporary art, ‘banal’ objects. Kitsch. The exhibition proposes an artistic language, partly unedited, anxious to respond to the tastes of the new mass culture. Basketballs suspended in an apparent void inside large aquariums, perfect in theirs immobility or immobile in their perfection; large diving equipment and life-saving equipment accompany an inflatable boat without a sea; they look like real objects but they are made of bronze and very heavy.

Within these ‘banal’ objects, he exhibits – without making any changes – some posters, framed and hung on the wall, advertising portraits of tall African American basketball players who dress with silent royalty what they sponsor: Nike sportswear. The dominant theme is that of basketball, “the symbol par excellence of the ideal American sport and (the only) way of access to fame and wealth for the ethnic athlete”. Only possible ransom. They are not only silent witnesses of contradictory advertising policies but appear as new totems of a powerful and merciless mass culture. These works or simple advertising posters, depending on how you want to see them, are pure philosophy and contain a new and revolutionary concept of art brought forward by the artist.

In the 1980s, a new confidence and awareness in the methods of investigation and anthropological research on the socio-cultural aspects of the postmodern era and on the relationships between ‘different’ human beings forced to coexist, whether they wanted to or not, was spreading closely contact in the multicultural and multiethnic world of the new urban contexts. The revolt of the South African Townships in 1985, the ‘ethnic wars’ that broke out in the black neighborhoods of Detroit and Chicago in the same year, the conservatism of the Ronald Reagan presidency and the novelty of the socio-anthropological studies mentioned above, become fertile ground for the conception of Equilibrium. Jeff Koons translates these posters into a context and an environment that are typical of Art in the traditional sense. The move is brilliant.

He decontextualizes them, isolates their initial practical function, hanging them on the wall, like any painting, echoing an ancient portrait tradition dear to a certain type of elitist art, thus making them ‘trivial and immediate’ images to contemplate and reflect on until to the transmutation in hyperreal iconic superimpositions of themselves. A complex but winning operation. With a single maneuver, the kitsch artist succeeded in his intent: ‘mocking’ contemporary idolatry for the myths of sport, making, on the contrary, stand out the most bitter and contradictory aspect of the images. The invincible sports idols of the Americans are the African Americans themselves, so persecuted and ghettoized by Reagan politics; they are the easy targets of the segregationist climate of South African apartheid and they are the proteges of Nelson Mandela.

They are the outcasts that American society itself, paradoxically, canonizes, making them a status symbol. They are the muffled voices that have to put the brave face on the rotten system of the late capitalist cultural advertising industry that exploits, ensnares and maneuvers the tamed mass towards tacit consent and they  are indicators of very specific socio-cultural and political messages. Portraits that badly conceal a racist conspiracy (in the irony of the poses, in the clothing and in the familiar but alienating contexts placed in the background) so much so that they are bought and shown for what they are: a mockery. This is where Koons fascinates, revealing his revolutionary and cutting temper that attacks the system, starting from the most internal logic, making use of the rules and then overcoming them mercilessly.

After all, an essential figure of postmodernism is precisely the denial of all-inclusive and legitimate macro-knowledge, of social labels, and a rejection of everything that presents itself as an absolute truth. These are times in which it is possible to believe in everything and to seek, finding them, more truths in the same circumstance precisely because reality is not one but many, which, in turn, have countless faces. Koons has carried out his operation against the system, expressing himself through the lightness of the banal forms of everyday life and kitsch, using an immediate (and no longer courtly) language so as to become familiar to the general public. We can define his work, as we said at the beginning, a philosophy of art even before an artistic operation.

If for the philosopher Herbert Marcuse, in his ‘one-dimensional society’, ethnic minorities, the outcasts, the last ones, lack a class consciousness so much that they let themselves be dominated by the system through a non-violent but permissive repression and skilled in occult persuasion, in the ‘banal’ world of the businessman artist, the opposite happens: the outcasts are incorporated into the system to dismantle it, tacitly, from the inside and therefore have the possibility of social redemption. It is the voice of art that is certainly also a historical, political and cultural voice.

These posters are the vehicle of the great maneuvers of a man, of a social class, of many different voices that, moving in a completely different way, have understood, incorporated and re-proposed a key message: the entry into the polycultural society predicted by the sociologist Bauman where there are no longer borders but borders open to all, to very different worlds and cultures, to human beings strangers to each other who, thanks to this opening, actually obtain the right to remain strangers but also to make their voices heard and to freely express their own culture which has the same dignity as any other. Koons’s philosophical message and the world of the 1980s from which it sprang, prepared us for globalization, for the infinite possibilities of life and art and, perhaps, also for a long-awaited social and political egalitarianism. 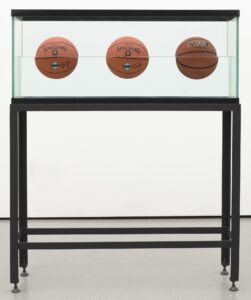 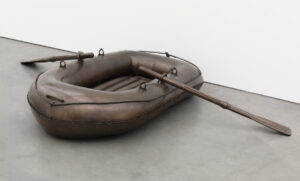 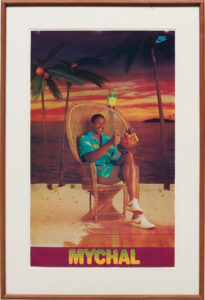 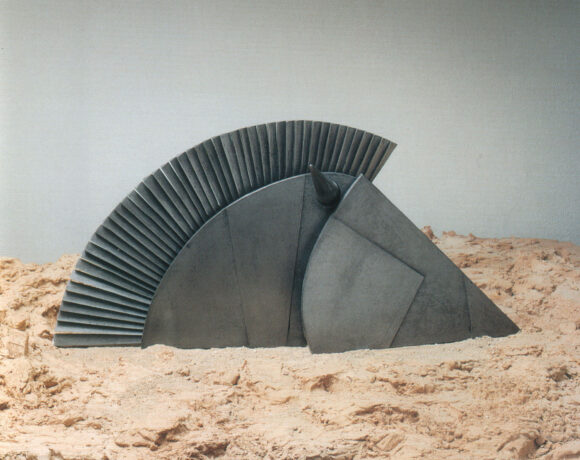 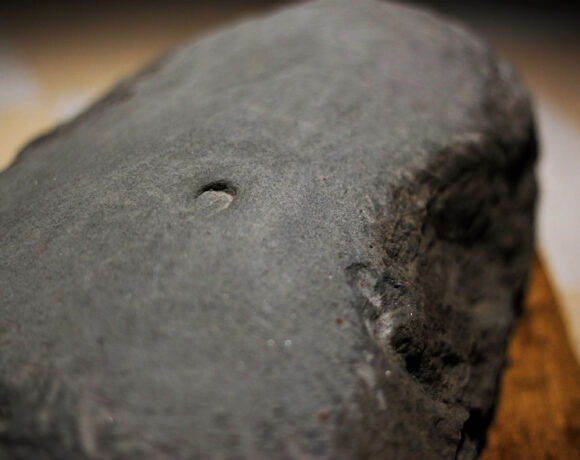 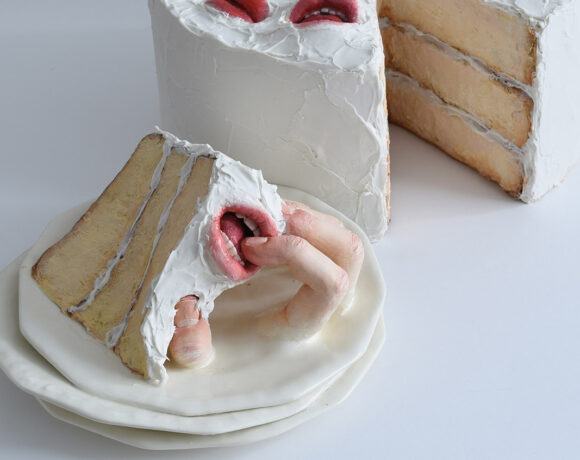