Paths of uncertainty at Ca' Co..

The relationship between humanity and nature in th...

At MAMbo, Museum of Modern Art in Bologna, until September 8th, the countless experiments of the Swiss artist Julian Charrière offer the visitor the opportunity to deepen the complex relationship between mankind and nature. The temporary exhibition “All We Ever Wanted Was Everything and Everywhere”, curated by Lorenzo Balbi and sponsored mainly by the Hera group, as well as by the Unipol Group and Pro Helvetia, makes the individual responsible for his past and future actions in a path of total emotional involvement.

In particular, the senses of hearing and sight are stimulated by the artist who, in this way, welcomes the user in his own world of suggestions, thoughts and feelings.

In the first room, for example, the intense sounds made by Edward Davenport and the color video in 4K guarantee, thanks to the surrounding darkness, a complete immersion in the subject.

Through the vision of desolate places and natural elements, “Iroojrilik” (2016) already introduces some of the recurring themes along the exhibition path, first of all the degeneration of scientific progress. In imposing himself on nature, modifying its features, man makes irreversible and eternal errors. Thus, in the video installation “As We Used to Float” (2018) the protagonist is a ship’s propeller, a trace of the nuclear explosions carried out by the Americans on the ocean floor.

Emblem of scientific progress and a great source of pride in the struggle between superpowers, the atomic bomb is often brought by Julian Charrière as an example of contradictory human behavior. What man creates, unaware of his actions, turns into something often destructive. This is witnessed by the Bikini islands, on which, even today, traces of radioactive material are found. Imperceptible but indelible signs that are brought to light by photographs such as “Tewa-First Light” (2016). The idyllic sunset set undergoes a process of degradation through radioactive traces present on the surface. This creates a sharp contrast between the sun on the horizon and the second atomic “sun”.

A true source of universal energy, the Sun is at the center of the video installation “Somehow They Never Stop Doing What They Always Did” (2019) in which the widening of the visual field establishes a definitive supremacy of Nature over man.

Another recurring natural element is the water that suffers, due to its continuous becoming, of the dualism creation-destruction typical of the human race. This is the case of the photographic series “Where Water Meet” in which water replaces man, leading to a progressive dissolution of the figures of immersed free drivers. Claiming the supremacy of Nature is one of the ways in which the works of Julian Charrière attempt to subvert this unstoppable process of degeneration.

Other attempts to overcome the current difficult and complex historical period emerge, in their immediacy, in installations such as “All We Ever Wanted Was Everything and Everywhere” (2018). An imposing steel bell dominates the space, maintained in perfect balance by a counterpart, or a conglomerate of plastic bags hanging from the ceiling and containing sea water. The bell is a sound instrument, often used in religious practice, with which the artist tries to awaken the spirituality of the individual and his link with the universe. A link that has now been lost as reported by the underwater video series “The Gods Must Be Crazy” (2019). The enveloping sound that emerges from the instrument corresponds to the breath of a diver, immersed in the abyss with the aim of exploring the Ocean. An immersion, as well as physical and mental; an in-depth psychological analysis that the individual performs to become aware of his own thoughts and, above all, actions.

The last attempt is then made by the artist in the installation “We Are all Astronauts” (2013). The use of an “international sandpaper”, produced with particular types of minerals and applied on a series of globes, makes possible a definitive questioning of the boundaries traced by man in his desire to impose himself on the territory.

Julian Charriére. All We Ever Wanted Was Everything and Everywhere
A cura di Lorenzo Balbi
9 giugno – 8 settembre 2019
MAMbo
Via Don Minzoni, 14 Bologna 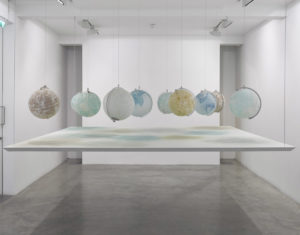 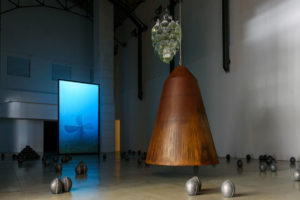 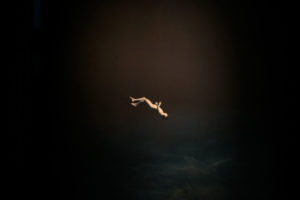 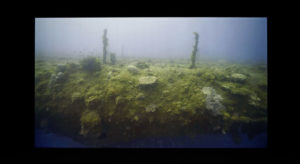