The relationship between human..

Maria Ossandon Recart. The silent charm of the fra...

Maria Ossandon Recart. The silent charm of the fragment

We live in an age saturated with images: thousands of them are produced at every moment also independently of the hand or the human eye thanks to automated control devices that record the incessant passage of men, vehicles and goods in the spaces where our lives take place. Most of these images have neither aesthetic nor cognitive purpose, but are coldly functional: a life would not be enough to look at them all and it would be impossible to remember them. The images have always had a very close connection with the commemoration, they embodied the unequal struggle of man against the transience and irreversibility of time, expressing a tragic conception of life as an inexorable loss and consumption.

Commemorating the dead through images meant approaching temporal areas that would naturally remain separate and invoke the presence and return of the absent. The eternal present conveyed by the hyper digital connection and the exponential multiplication of images no longer tied to a material support have radically changed our relationship with memory and its visible representation. Even the images have lost their sacred and magical aura to become ephemeral and superficial consumer objects, incapable of arousing direct contact with the origin of our emotions.

Maria Ossandon Recart (1986, Santiago of Chile) reflects on these themes and on the need to recover the founding and imaginative value of the memory. She is a young artist internationally appreciated, committed to recovering the poetic dimension of themes such as time, memory, metamorphosis and the rebirth of images. The series entitled “Reconstruction” comes from a collection of fragments of painted ceramics that the artist has grown over time during her travels to different places in the world, such as Germany, Denmark, England and Japan.

Maria Ossandon Recart has always been interested in the representation of the landscape in miniature, significant for the peculiar mix of artificiality and underlying reality. She began to browse in antique fairs and flea markets in search of ceramics in different states of conservation united from manieristic landscape depictions. These objects, once domestic furnishings or accessories that embellished the homes of families of different nationalities, today seem to be anachronistic finds from a past that survives only in the memory of the elderly.

The artist, appropriating the miniature scenes depicted on these pieces, becomes metaphorically guardian of the invisible stories that over the years have clung to those objects, becoming the last witness of the lifestyle they reflect, otherwise destined to disappear completely. The archaeological attitude that animates her collection, in which the aptitude to take care and protect is central, is only the first phase of a more complex process, which explores in depth the fragile possibilities of resistance of the image in the society of consumerism. Each ceramic fragment is in fact the starting point for a larger drawing that completes the scene made incomplete by the fracture through a graphic reworking that attempts to reconstruct the missing context. The artist approaches the work of the anonymous artisans of the past with extreme sensitivity in grasping the style to which she seeks to remain faithful, but at the same time re-elaborates the scenes based on the resonances that the existing figurative suggestions exercise on her memory and imagination.

In the rarefied white of the drawing paper, which seems to dematerialize and conceptualize the original ceramic background that housed the miniatures, subtle ink strokes surround each fragment as if to mend its isolation from the world and recreate around it another minimalist and idealized ecosystem that brings the narrative potential back to life, enriching it with new suggestions. In this way the artist materializes a past that is not her own, but that belongs to her intimately because it manages to dialogue with her personal experiences. The small size of these works, which require close observation, eliminates the distance between the work and the spectator, who finds himself immersed in a delicate microcosm suspended between memory and dream.

On tiptoe so as not to ruin the enchantment, we can therefore venture into a cultivated British countryside heading for the castle that can be seen beyond the hill, we can walk in a Flemish village with the roads still unpaved, take part in a romantic trip in boat on the river or admire the elegance of the flowers of a refined Japanese garden. The rare human silhouettes that appear in these scenes, rather than allude to specific characters, seem to fulfill the function of entertainers ready to welcome the most genuinely childlike part of our fantasies into their carefree consortium. The stylization of the figurative elements does not prevent identification, as proof of the fact that knowledge and imagination (and therefore also creation) are based on a process of recognition of images already latent in our unconscious.

The work of Maria Ossandon Recart identifies the mission of art in “collecting” things to free them from the transience and dust of oblivion, in making their brief passage in consciousness last over time, restoring the wonder of man in front of the world and in front of himself. Her timeless approach, which does not fear to give trust to anachronisms and survivals of forms, implies that images are not independent entities, outside of us, they cannot be separated from our experiences or our desires but are born of our harmony with the universe to which we belong and which also lives in us. 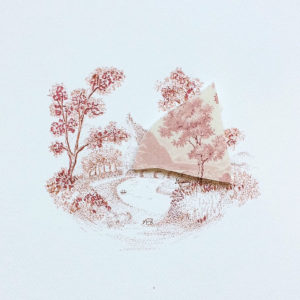 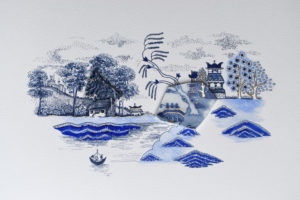 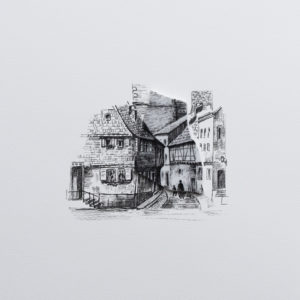 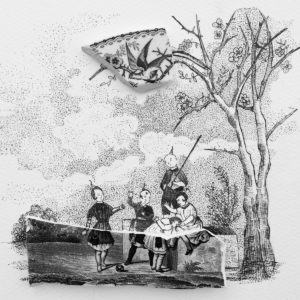