The Squares of Italy by Pietro Guida

The Squares of Italy by Pietro Guida

If the memory were suddenly cleared, and we no longer remember anything of the sculpture by Pietro Guida and the Castle of Copertino (Lecce), we would think that the works that make up Piazze d’Italia (The Squares of Italy ) were conceived specifically for that place. If then memory began to regain ground, the colors that candidly paint the figures would lead us to the presence of ancient Greek and Roman examples, while the roughness of their surfaces would force us to make a long time jump that from Donatello’s Maria Maddalena would lead us to more recent archaism by Arturo Martini and Marino Marini.

The title of the exhibition itself, Piazze d’Italia, hides a clear reference to the figure who more than any other contributed to the “Return to order” of the last two, namely Giorgio de Chirico, curiously identifying the process that affected the work of Pietro Guida of the last forty years. On the other hand, as stated by Mariastella Margozzi, director of the Polo Museale of the Puglia Region and curator of the exhibition together with Lorenzo Madaro, “the title [came] from imagining the coexistence of the fourteen figures sculpted by Guida in the same open space of the court of Copertino Castle ”: the sixteenth-century frame of the building unifies the different contexts that identify the sculptures, incorporating them into a single large sequence shot.

The exhibition, inaugurated on July 14, 2020 and open until September 20, 2020, however, includes not only sculptural works – all created between the 1990s and the 2000s – but also a small group of works on paper, essential for understanding the creative process of the artist: here the timeline goes back to the early Eighties, giving us back sketches that reveal the great value that Guida attributes to drawing, “the place par excellence of the design of sculpture – says Lorenzo Madaro – even in the abstract-constructivist phase of the Sixties and Seventy”. The subjects of the works are taken from everyday life – dancers, women looking out from the balcony, a seated couple intent on exchanging glances – but also from literature and mythology: a splendid example is the sculpture Salomé (2014) set up in the suggestive Chapel of San Marco overlooking the inner courtyard of the castle.

It is surprising that the sculptures were not made of stone but of concrete – an unusual material for this type of subjects – and the choice to rhythm the rough surfaces with the use of color is even more surprising: perhaps it is precisely this trait that instils new life to the figures – the couple of dancers could start spinning at any moment – and to further feed the already tangible metaphysical atmosphere in which they are immersed. It is thanks to these peculiarities that Guida’s sculpture manages to interact animatedly with the space and the observer, nourishing that joie de vivre that represents the ultimate goal of the entire exhibition – Matisse’s 1906 painting presents, among other things, the same varied harmony. To reiterate this is Pietro Copani, director of the Castle of Copertino and coordinator of the exhibition: “The choice to exhibit sculptures by Pietro Guida […] after the lockdown is anything but random […] Pietro Guida’s works, with natural poses of such expressive figures, bring the visitor back to think about complex human feelings, both in the multiplicity of gaze within the space of the castle courtyard, and in the close, reflective enjoyment, concentrated on those affections that now we must learn to cultivate in a different way “.

In the year of his ninety-ninth birthday, and after the complicated period we lived through, there could not have been a better time to widen our gaze to the squares of Italy: to restart from our daily life, from the intimacy cultivated in recent months to return to live small gestures, moments shared with friends and family. Robert Vischer would have spoken of a rediscovery of Einfühlung, of “identification”: the modern “empathy” that we seek in the other and that we find vividly in the work of Pietro Guida. 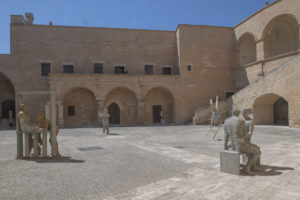 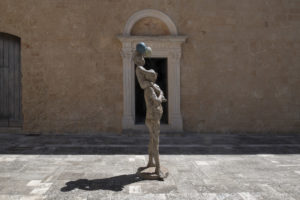 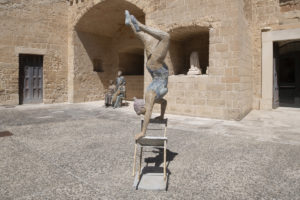 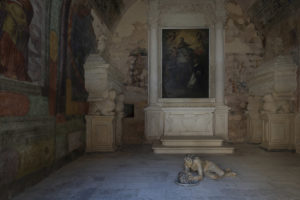 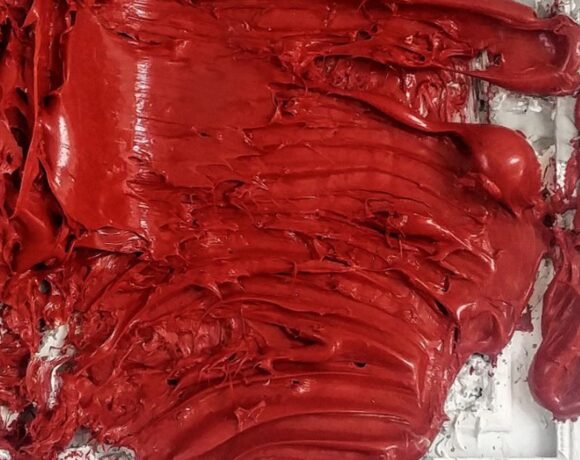 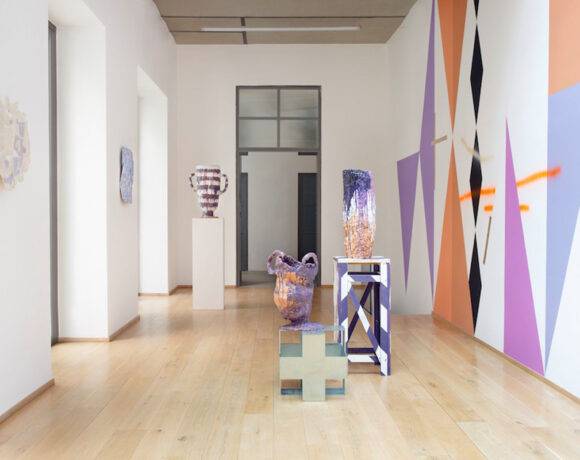 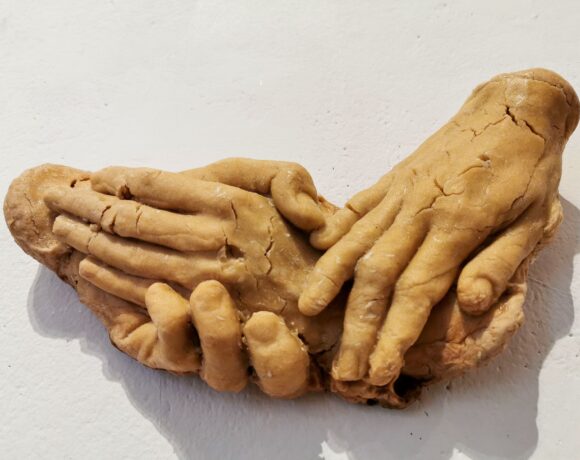 Matteo Lucca. The work of art as a revelation