In conversation with Carrie Ab..

If the human being is alienated by the hyper-productivist logic of the digitalised society and reduced to a mere commodity, how can physical presence be nothing more than an unnecessary item? With the exhibition “Useless Bodies?”, Michael Elmgreen and Ingar Dragset provoke the public by posing an unanswerable question, which echoes in the four exhibition spaces and the outdoor courtyard of Fondazione Prada Milano. The artistic duo stages a surreal choreography where corporeality, replaced in the post-industrial age by the establishment of the machine, loses its autonomy and is swallowed up by the society of consumption. As we walk through the spaces, we are prompted to ask ourselves what remains, in the end, of our physical presence when it becomes synonymous of superfluity; when the body, tamed by unattainable ideals of beauty, is reduced to an accessory of industries and the intimacy of human interactions is choreographed by social institutions.

This question imposes itself from the ground floor of the Podium, where classical and neoclassical sculptures are scattered throughout the space. The magnificence of the marble bodies dialogues with the contemporary representations of everyday life by Elmgreen and Dragset and traps the visitor in a clash of gazes — now anguished, now melancholic — forcing everybody to confront the multiple images of masculinity created over the centuries. As haunting presences, the glossy surfaces of the mirrors replicate and distort environments and faces throughout the exhibition, forcing us into a continuous confrontation of our image.

On the second floor of the room, we see the cubicles of a desert office, emptied of any human presence. All that remains to testify to the employees’ passage are minimal traces: a switched on monitor, a crocheted work, an unlabelled container of pills. As the title of the installation bitterly ironises, Garden of Eden (2022), it represents an imaginary paradise only for the working world. Continuing in the spaces of Galleria Nord, a sci-fi atmosphere transfigures the domestic environment, which becomes not only a showcase for the display of goods, but also a de-humanised space where they coexist with the buyers themselves. Suggested by the minimalist sculptural language, the domestic interior is transformed into a place of programmed action where every attribute of comfort is neutralised in order to enslave to the sidereal paradigm of functionality, to the point of becoming a morgue (Untitled, 2011).

The desolation that can be perceived in the domestic environment is exacerbated inside the three spaces of the Cistern, where the cult of the body and the ideal of its enhancement reach their maximum glorification: wellness centres, deserted changing rooms and emptied swimming pools (Piscina di Largo Isarco. 2022), represent formidable incubators of bodily dissatisfaction, turned into a good to be sold to the public by the wise operations of industry. In this post-apocalyptic scenario, everyday objects are altered to the point of negating their ordinary use (Powerless structures, Fig. 128, 2022; Powerless structures, Fig. 137, 2022;), being worn down to the point of uselessness or exploited until they their appeal is completely lost (A Hard Rain’s A Gonna Fall, 2021). Such alterations con also be found in the outside place of the foundation, where mirrored street signs (Adaptation, fig.16, 2020), a cooler bag (Marbella Beach, June 21st, 1989; 2015) and a cash machine (Statue of Liberty, Fig 2, 2018-2021) lead us to rethink the ordinary separation of public and private and the mechanisms of control. As the young acrobat suspended precariously in the void (What’s Left?, 2021), “Useless Bodies?” reflects on the need to search for a centre of gravity in an era dominated by uncertainty where, as Polish sociologist Bauman defined in relation to the concept of liquid modernity, the “solitude of the body and of the community” becomes a device to domesticate and regulate bodies, now considered as superfluous inconveniences. 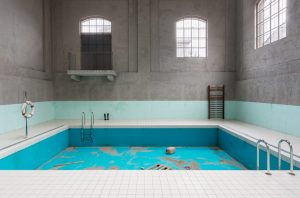