William Kentridge and the curatorial practices

William Kentridge and the curatorial practices 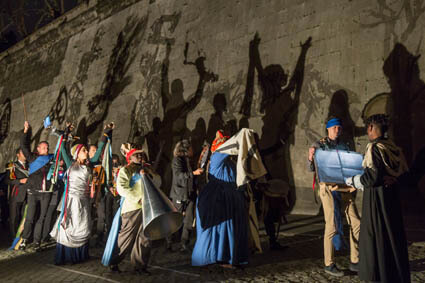 In the period William Kentridge was busy carryng out his work “Triumphs and Laments” on the embankment wall along the Tiber all well as other works abroad, he didn’t find (have) time to answer my queries. I therefore contacted him in a later moment and he kindly forwarded the audio file which you find transcribed below. Last October, during the Frieze Week in London, I had the pleasure to see his very special exhibition “Thick Time” set up at the Whitechapel Gallery, with six of his works carried out between 2003 and 2016, among which two audio-visual involving installations.

Luciano Marucci: Do I prefer not to have curators for personal exhibitions? Do you think that the themes set out by curators limit or stimulate the imagination?
William Kentridge: I think one separates exhibitions that are happening in commercial galleries and museum exhibitions. In the exhibitions in commercial galleries, I have never the expectation of a curator being there; it’s my choice usually – of the work and the balance of the work – I’ve never thought they could have been curated, that could be interesting. In terms of museum work, where work is taken both from new work but primarily from work that exists, I’m always interested in the dialogue and hopefully in a curator showing me something new about the work I haven’t yet anticipated, either in terms of the relationship of different pieces of it or themes that go through it.
I’m usually very happy for a curator to choose the works and install the exhibition without too much input from me, precisely in the hope of seeing something new. Otherwise it always ends up looking the same, every exhibition, if I’m making the decisions and the curating. Recently I have also started working with a scenographer who works with me on theatre productions, Sabine Theunissen, as an intermediary between me and institutions where the work is shown. This is not simply being an exhibition designer as an architect, because there’s often a negotiation with an in-house exhibition designer, but a case of working with someone who knows my work well and has ways of showing work that I would not have dared to do, or putting things together in new and interesting ways. In terms of new work the relationship to a curator is also more complicated because the work is best when it’s done in two lines, in that it both comes from an ongoing interest that the artist has in some particular theme, and is also in a way done on behalf of the curator. There is an impulse and a goal and a suggestion and showing of possibilities, from the curator, that links into something the artist is doing that produces something different to what he or she would have arrived at if the artist had just been sitting in a studio. And I think often themes set out by curators, if they are not too didactic and too specific, can be interesting goals, but it always has to do with a particular conversation and an ongoing relationship between the curator and an artist. The curating contexts are most interesting when there is more a relationship sustained over more than one exhibition, more than one project, in which the curator knows the artist but importantly the artist also knows the curator.

Are all of my exhibitions the results of a particular project? Do they have an explicit identity?
I think sometimes the work is about what has being happening in the studio over a period, and what is the work that’s been done in the last two years, and that is sometimes interesting for me to see in terms of connections between different projects. It’s often a migration of images from one project to the other so that, even if I’m working on two very different projects, the opera project and an installation in Istanbul, there will be images and sections of the projects that are common to both, which are more likely to be seen in a more general exhibition that contains elements of both works which were made for very different places. Some exhibitions are very specific or works within them are, so when I did an exhibition in China, at the Ullens Center for Contemporary Art, I knew that I wanted to make a new piece that could relate to China and South Africa. I also had to do it while there was another exhibition happening in China by artists from South Africa and that became the project known as Notes Towards a Model Opera, that looked at the Chinese cultural revolution. This on the one hand was a completely new theme to me to look at, but on another, it was a continuation of an ongoing investigation into utopias and their failures, and that became another look at that.

Are the curators, not belonging to the art critics category, able to promote original events?
I’m sure they can, it depends on the particular curator, on the interest, on the eye, on the imaginative links they can make putting different works together that hopefully an audience seeing the works, sees the work either in a different way or makes connections they hadn’t made before.

Is it essential to have at one’s disposal a completely new and innovative art production to realize constructive events?
No, I don’t think so. I think we can sometimes have technical innovation for its own sake. The art world trying to keep up with the digital revolutions as they happen; we are still waiting for the great art work to be made using virtual reality. There is the possibility that the making of art now gets made by games designers and other people who would never have thought of themselves as artists, but whose work would be shown in museums similar to or in the same way that an artist’s work could be shown.

In my opinion, can the most sensitive, intuitive and creative artists who through their works take part to becoming  of the reality, by their imagination may foreshadow or even plan new perspectives for the present and future of humanity?
That’s a very hard question to answer. I don’t think I have a view on that. Because to have a new perspective for the future of humanity, that’s a huge task, and I think that our work is much, much more modest and it has to do with understanding how we interact with the world, how we construct meaning in the world, how we construct our world around us. I think that is something that artists both do and demonstrate but I wouldn’t say that it shows us the future of humanity.

I hope that this gives you some indication and I’m sure be happy to help you with images.
This is William Kentridge in his studio in Johannesburg at 12.15 on Saturday morning July 24th 2016.

[The Italian text is also included in “Innovative Curatorial Practices” (VI) n. 180, December 2016-January 2017. If you want to listen to the artist’s answers in English, click the link] 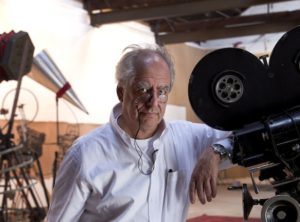 William Kentridge in a portrait by Marc Shoul 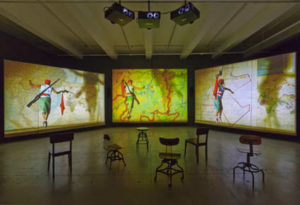 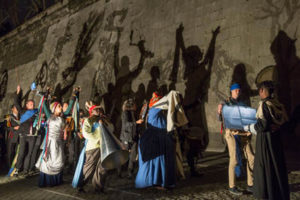 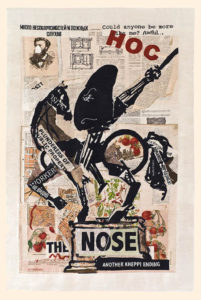