William Kentridge and the cura.. 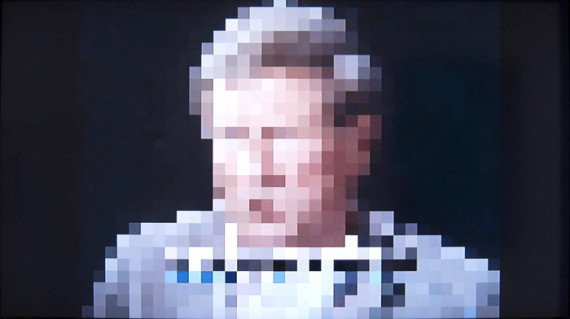 In recent years it has been increasingly strengthened in the contemporary art world the tendency to consider the curatorial activities in an authorship way with a proliferation of thematic exhibitions in which the works are selected to reinforce a view of the bottom of the project often mortifying the deeper reasons of the artists who made them. The emphasis on the creative aspect at the expense of critics has made increasingly frequent the involvement of internationally recognized artists in the curatorship of major exhibitions and events such as Manifesta in Zurich in 2016, where the final result proposed to the viewer looks more like a polyphonic macro-work that a cognitive process guided by historical, stylistic or conceptual standards. In the absence of unanimous references, the leadership of the experts has further tightened the procedures for access to cultural institutions by establishing a system of exchanges based on personal relationships that often excludes an accurate and objective recognition of the most vital energies of the art scene. To get around these obstacles emerging artists are associated in the management of independent spaces in order to consolidate their visibility and legitimize their affiliation to the system without having to pass the selection of external curators involved in a network of partialities and personalities.

These considerations are at the origin of the exhibition entitled Selfmanagement presented by Enrico Astuni Gallery, an experiment of self-management in which five different artists for nationalities and generations who share the affinity for social media have talked trough  a conversation group created on the mobile messaging application WhatsApp to develop a real exhibition at the gallery. The premise of the collaboration is the sharing of future hypothesis focused on the expansion of time and space as a result of a contemporary that is accelerated and expanded by the super connectivity of new media and the implicit opposition to a celebratory conception of art making. In this way the artists are claiming their right to plurality of expression and free dialogue against the conceptual exploitation to which their jobs are too often subjected. The collective exhibition materializes and explores a fascinating urban environment that distorts the usual space-time coordinates triggering new semantic connections between the real elements of departure and their visionary projections.

Can Altay (1975, Ankara) stages the fragmentary nature of a vision in constant tension between the aspiration to ubiquity and its dispersion in fortuity. In the Bologna Burning series, 2016, the artist engraved the map of some key places of the city on some surveillance mirrors placed in strategic points of the exhibition hall: the reflective surfaces deform and break down the space and the works of other artists including the passage of the visitors as if they were simultaneously in the real place and in those conceptualized by the maps. The multiplication and overlapping of perspectives brought into play by the installation is a counterpoint to the subtraction of a verifiable perspective in Split Horizon (augmented tunnel visions), a display device in which a telescope frames oblique portions of reality reflected by an internal system of mirrors which exclude any possibility of a linear path.

The materials normally used in functional architecture or technological experimentation as anodized aluminum, magnets, metal wires and rods are shaped and assembled by Luca Pozzi (1983, Milan) in pictorial devices animated by magnetic charges that result in the suspension of some elements that look seemingly incongruous to the structure. Carried out in collaboration with some of the most famous international research centers such as CERN in Geneva, they are inspired by speculative mathematical models to materialize new possible space-time diagrams as if they were the natural dimensional interstices of our daily lives that through the practice of art become detectable and intelligible.

The emergence of a poetic interface underlying the composition of simple modular elements is the heart of sculptural installations by Nevio Mengacci (1945, Urbino): Inerte Bianco, 2016 is a regular network of strips of cloth on scrap panels that echoes the composition of paper towels singed and placed on the ground in NA-SCI-TA-E-SPA-ZIO, 2016, while the orthogonal meeting of reflective surfaces in Un punto intermedio non allineato non allineabile, 2016 converses with a black painted glass disk in a tautological attempt to view the idea expressed in the title. The works by Mengacci, which are open structures but in some way buffers, are inseparable from the words that skim them without defining turning them into tangible forms to be contemplated in an empty and quiet mental space.

The reversibility of a shift in meaning that becomes a quantifiable and attemptable action is the cornerstone of Shaun Gladwell’s videos (1972, Sidney): in Reversed Readymade a faithful copy of the famous of Duchamp’s Bicycle wheel is used as a vehicle by the BMX champion Matti Hemmings reversing its programmatic uselessness, while in Skateboarders vs. Minimalism three skaters use copies of sculptures by Donald Judd and Carl Andre exposed to Torrance Art Museum of Los Angeles as if they were urban obstacles to jump. The energy released by the body at the height of its athletic potential triggers a semantic short between conventional categories of thought to renegotiate ideological boundaries and intellectual barriers in a free expansion of perspectives.

Videos and performance by Jaysha Obisbo (Antwerp) analyze the ephemeral spaces of virtual reality and media by decomposing the investigation items in a potentially endless series of time intervals whose reconstruction will never return the entire starting referent. In Absorption, in 2016 an American aviation filmed during the Korean War is interrupted and altered by the application of graphics filters that highlight how even the most accurate historiography is subject to significant misunderstandings and omissions for the inevitable compromise of theoretical and documentary sources with a precise cultural and socio-political context. 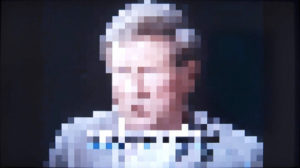 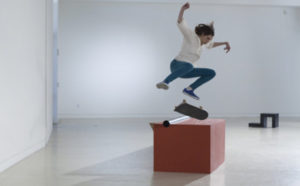 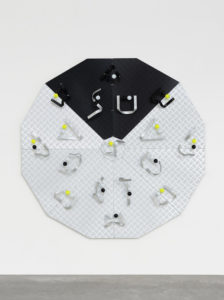 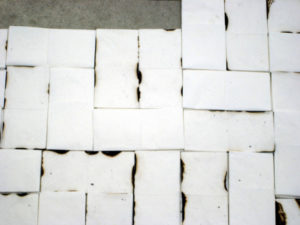 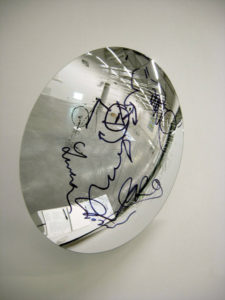