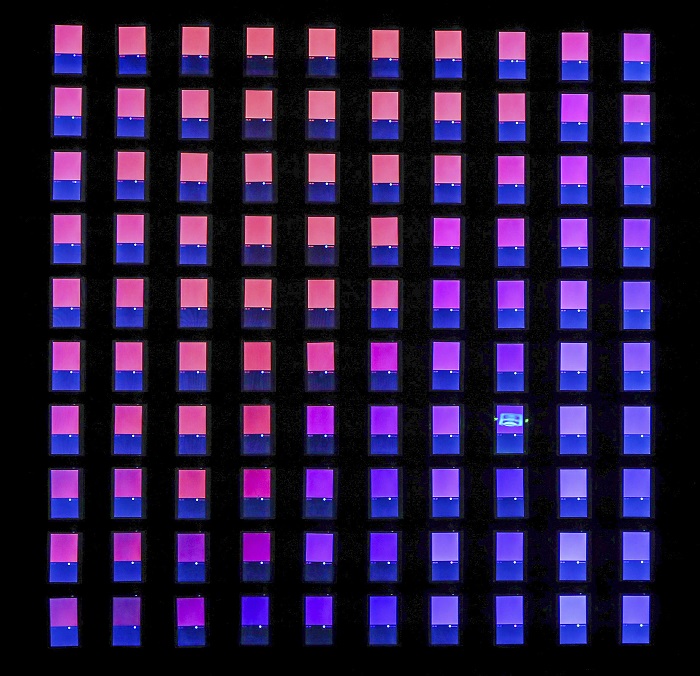 “COOKIE COOKIE,” the exhibition CryptoZR (Liu Jiaying) and I presented in 2021, has been updated to “COOKIE COOKIE 2.0” for Venice. Unfortunately, the artist cannot be present due to the pandemic. Even though Europe is absorbed with war and nuclear deterrents and the pandemic is still ongoing, we will open the show in Venice on April 21, 2022.

“…the representation of bodies and their metamorphoses; the relationship between individuals and technologies; the connection between bodies and the Earth.” – Cecilia Alemani

Humanity has always created more ties that bind, based on a given region, religion, or family relationship. These bonds shape how we distinguish people from one another and the methods. How do they create organic connections between underlying protocols and contemporary ideologies? This thing called the “metaverse” is another concentration of people that.

Is it technology, community, or something else? If we accept all change as a precondition for the working of the world since Karl Marx discussed the alienation of people from the economy, then what is still so strange or unintelligible? We accept everything about the present, which also includes climate change, other people, breakfasts and refrigerators, unfamiliar objects, and the machinations of fate, but there will always be people who ask: Why do humans exist? Following the current path, people are cogs in socialism, or frantic workers in Charlie Chaplin’s

Modern Times. In order to explore autonomy, consciousness, and introspection, as well as rational explanations for conflicts between people, humans invented religion, theology, philosophy, psychology, sociology, law, and numerous related professions, all of which have continued to evolve. New conflicts have produced larger intellectual interactions. Like in American Gods, when the New Gods replaced the Old Gods, belief, technology, and choice informed a new framework. All of this shapes the several contradictions in and aspects of CryptoZR’s art. In Red and Blue, the artist discusses how a work of art is made amidst the shift from images to community participation in politics and the connections made between anonymous users through blockchain and web technologies; it is a more direct and real exploration of communities and transactions. Motivations, gains, games, and ideologies make up an interesting whole.

Small Goal, Greed Is Good, Top Bidder, and other smart contract applications can be seen as web-based performances, but interaction with the work does not require traditional art system intermediaries, such as museums, art institutions, and other physical spaces. The works are made online, but they are then transplanted into multiple forms in offline space, including concept, action, and design. CryptoZR’s work challenges both the new frameworks for online community, technology, and psychology and the new possibilities for physical spaces and artistic ideas.

CryptoZR’s CHIJIN was constructed in Cryptovoxels, and everything in the virtual community is built on a crypto wallet. The interactions between the space, architecture, and avatar create something that connects the real and virtual worlds. A complete virtual reality infrastructure and a crypto wallet off er an entrance to the metaverse.

However, humans cannot yet move at will between the real and the virtual like in The Matrix or Ghost in the Shell. CryptoZR’s work is about ways of transforming science fi ction and imagination into the present reality and constantly adjusting the applicable scope for humans and technologies. Since its emergence, the internet has continued to produce new subject matter, including discussions and explorations of gender, culture, region, and community. Anonymization, AI, surveillance, VPNs, and other realities that have arisen from technology, as well as the dark web and Wikileaks, comprise an alternate storyline to the Black Lives Matter, Me Too, and Stop Asian Hate movements in the offline world. Returning to the offline world, CryptoZR

is a woman artist who has participated in the diversification and alienation of identities that have come with emerging technologies. With a name like “CryptoZR,” she could also be a “he” or an “it.”

CryptoZR’s work is based on community, focused on connections between people. When extended to individuals and technologies, or to bodily metamorphoses, perhaps we should accept all of this and re-evaluate how people should get along in a modern society? What exists between people? How should people learn and play in those interactions? Perhaps in CryptoZR’s artistic explorations, we can glimpse narratives of multiple parallel worlds, or another kind of intelligence.