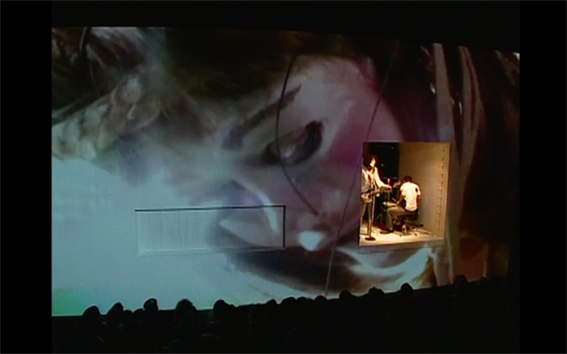 A fascination for fashion and architecture – of which Milan is an internationally recognized capital – is at the heart of Dan Graham’s second show at Francesca Minini, which stages a dialogue among video works, texts, and drawings, all accompanied by his over-sized model pavilions.

A pioneer of conceptual art, Dan Graham debuted in the 1960s with performances, accompanied by site-specific works, films, and video installations. His art projects have from the very beginning existed side by side with his prolific career as a writer, beginning with his first conceptual works published in numerous magazines, and later on rich texts of social and cultural analysis with a particular interest in music and pop culture.

In the 1970s the artist’s work evolved into an exploration of social interactions and the boundaries between public and private space, through pavilions and architectural projects that achieved international renown. Starting from the concept of intersubjectivity, Graham’s pavilions create dialectical spaces in which the user is contemporaneously actor and spectator, in a continuous play of reflection and transparency. From this dynamic of overlapping images there emerges a need to direct the gaze beyond, to project oneself towards the external, whether it is natural landscape, an urban area, or an exhibition space.

Conceived as sculptures, the over-sized model pavilions dialogue with the drawings, the collages, and the writings made for Liza Bruce’s London boutique. Another important link to the world of fashion is the pavilion created for Céline’s runway show during the 2017 Paris fashion week. The exhibited video of the runaway, shows how the moving bodies of the models follow the sinuosity of his two-way glass and perforated walls pavilion.

The gallery’s final room hosts the video Don’t Trust Anyone Over 30. The work, originally presented as a live rock’n’roll puppet theather, is set in the 1970s, when the hippie movement moved out of the countryside to go and live in the city. For Dan Graham this work represents the instrument with which all the grandparents and parents of the hippie era can share their memories of the cultural ferment of those years with their grandchildren and children.

On Sunday March 17th, in the late morning, the Salone d’Onore of the Triennale Milano will host a conversation between Dan Graham, Paola Nicolin and Luca Cerizza. Their discussion will focus on the link between art and institutions, and its evolution through projects in public spaces such as parks and gardens in the urban fabric.