A conversation with the artist Giulio De Mitri, pr...

The Sound of Screens Imploding..

A conversation with the artist Giulio De Mitri, president of the CRAC Puglia

When, how and why was the CRAC Puglia of Taranto born?
The CRAC Puglia is a museum of the project that was born from an experience gained in over thirty years by the Rocco Spani Foundation onlus of Taranto with the collaboration of social workers, intellectuals, writers, musicians, artists. Art in all its languages opens up to a broader perspective, brings beauty to places of marginalization and suffering, and provides tools for personal and collective redemption. It helps us imagine a better future, without conflicts and wars. A different future to offer to the new generations. In this way, culture becomes a value to be promoted and strengthened, as a trait d’union between different identities.

Why just in Taranto? And how did this beautiful structure of the ex Convent of the Olivetan Fathers become available?
Taranto has a long history. It gave birth to the philosopher Archita and hosted Pythagoras. The territory was appreciated by Horace and Virgil and by the many dominations that followed over the centuries: Swabians, Angevins, Arabs and Aragonese. Taranto speaks of Mediterranean culture, linked by many layers, up to reaching events of the past century, such as the Taranto Prize editions, the contribution of the world of art and culture – from Quasimodo to Ungaretti – to reaching established artists and intellectuals like Raffaele Carrieri, Guido Le Noci, Giacinto Spagnoletti, Franco Sossi, Nicola Carrino, Giuseppe Spagnulo, Iole De Sanna, Luigi Paolo Finizio, Michele Pierri. The spaces of the CRAC Puglia are located in the centre of the old city a few steps from Palazzo Pantaleo (seat of the Ethnographic Museum), from the MUDI and from the Aragonese Castle. The structure of the former convent, privately owned, is available to the CRAC, thanks to the social and cultural commitment that the Foundation has been carrying out for years, in the historic center of Taranto, dealing with education and culture in favor of minors at risk of deviance.

Are there any private or public funds supporting the CRAC activity?
The activity of the CRAC Puglia is supported by a group of intellectuals and private sponsors. The public responds positively and with moral support. In the future we hope to be supported also by public bodies.

Is there an operational line pursued by the CRAC?
A goal pursued by the CRAC is to extend the socio-pedagogical aspect of laboratory activities with artistic research projects that involve the entire territory. Taranto has a collective urgency that is historical, cultural, social and environmental, so our projects go in the direction of these issues that are at the center of the territory. Since 2014, with the design of the “PIANO EFFE” project (a permanent collection of drawings and preparatory studies: a commitment that looks above all at the project idea and not at the final work), we have moved on to the concrete realization of events , exhibitions, reviews of historical importance and experimentation with new artistic languages.
In the first phase we acquired the projects of twenty-six artists, among which we recall the names of Getulio Alviani, Nicola Carrino, Claudio Costa, Piero Gilardi, Luigi Mainolfi, Bruno Munari, Pino Pascali, Giuseppe Spagnulo, Joseph Beuys. In the second phase, a series of important events began in 2015 to date. We recall some of them: “Giuseppe Spagnulo / Ritorno a Taranto” (curated by Aldo Iori with texts by Bruno Corà and photo by author of Danilo De Mitri); “Along the Bidente Park / Projects and installation in the Santa Sofia Sculpture Park” (curated by Renato Barilli, with projects and preparatory studies by Eliseo Mattiacci, Hidetoshi Nagasawa, Anne and Patrick Poirier, Mauro Staccioli, etc.); “Traces on paper. Aspects of contemporary Italian design, 1948-2000” (curated by Massimo Bignardi, with works by twenty-six artists including: Carla Accardi, Sandro Chia, Stefano Di Stasio, Mauro Reggiani, Atanasio Soldati, Giuseppe Uncini, Grazia Varisco, Gilberto Zorio, Mimmo Paladino, Alberto Garutti, etc.); “Giulio De Mitri / Theorema” (curated by Clara Gelao and Antonella Marino); “Diaspora of the myth. The Ionian shore” (curated by Massimo Bignardi and with the collaboration of the University of Siena and the Arcos Museum of Benevento). Among the many TalkinCracs we mention: “Alda Merini / Furiously grows the night”, “Anna D’Elia / Photography as therapy. Through the images of Ghirri”; “Taranto Prize, 1949-1952”; “Places of beauty. Puglia 2019”; “Luigi Paolo Finizio / Abstract art and Dadaism. Poetics against lyric”.

What are the plans for the end of 2019 and the beginning of 2020?
The scientific committee of the CRAC Puglia, in line and in continuity with the founding principles, carries out exhibitions and experience meetings on the theme of the artist project: a mental space that captures that moment between the idea and its creation, as said our young artistic director Roberto Lacarbonara. On September 14th will open the exhibition “Carlo Bernardini, Giulio De Mitri, Paolo Scirpa, Massimo Uberti / The artists of light between sign, project and work” (the curator is Sara Liuzzi); on November 8th we will propose “The Red Witch: drawings and illustrations of young Italian and foreign creatives”; on December 14th we will inaugurate the exhibition “Proposal for a collection, ceramic works” (curated by Roberto Peccolo). In January 2020 the appointment will be with “PIANO EFFE 2 / New acquisitions for the permanent Collection of the CRAC”. 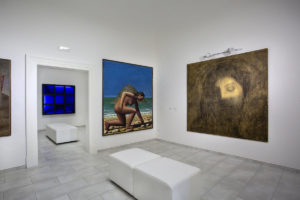 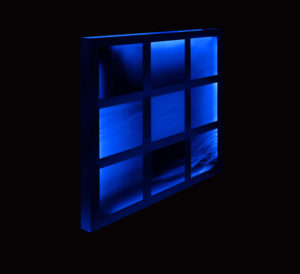 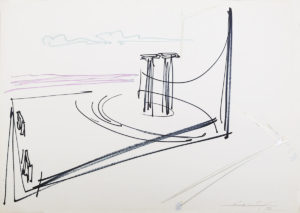