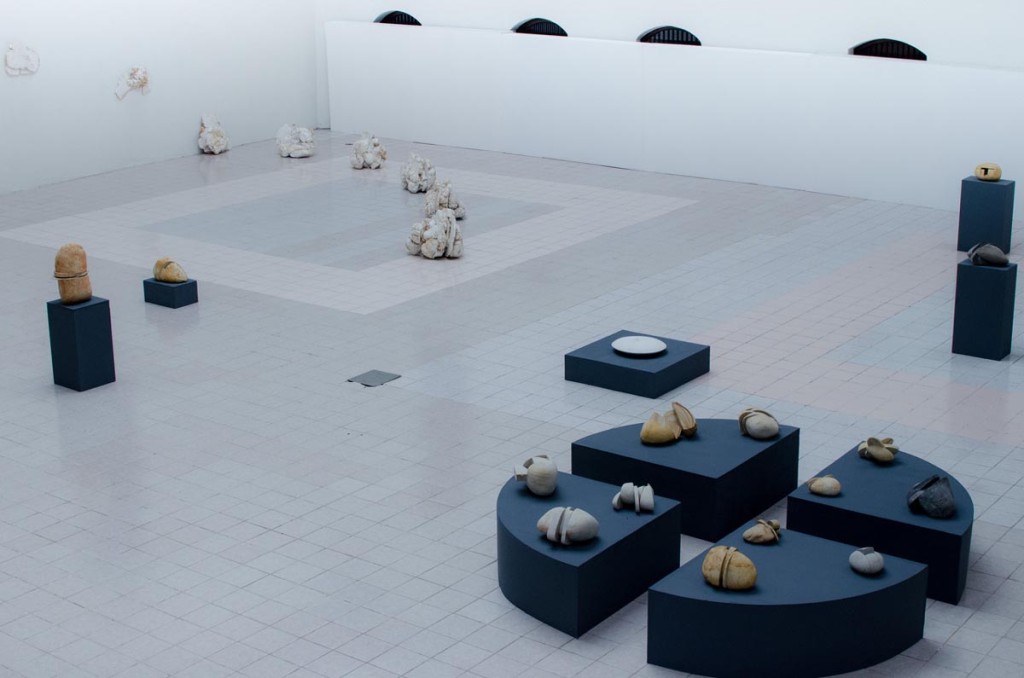 The Fernando García Ponce Museum in Mérida, Yucatán, presents an interesting exhibition dedicated to the creative research of Alberto Bañuelos Fournier (Burgos, 1946) entitled La liturgia de las piedras.
Ancient material, with an inflexible character, and a resistant, inscrutable shape, the stone has always coexisted with the anthropic presence, serving as a resilient archive of the collective history. To the stone, Alberto Bañuelos has been dedicated for years in a solitary and constant research, which finds some of his theoretical foundations on the theories of Jacques Derrida and studies of semiotic. His homeland is Spain, his hometown, Burgos, a place which hosts one of the main architectural masterpieces of European gothic, the cathedral, a balanced and soaring construction in which the stone constantly converses with light between empty and full spaces. The stone, indeed, is for Bañuelos both a material entity and linguistic sign. The stone, in other words, is a mean to express a poetics that chooses deconstruction as a privileged way to access to a renewed vision of reality.
Entering the spaces of the MACAY, located in the historical centre of the Mexican city, near another interesting cathedral dedicated to San Idelfonso, we immediately feel the sensation of finding ourselves in front of a choral liturgy and possible configurations of elements, states of matter, solemn in their essentiality, born of a deep decoding of reality. The artist’s intervention opens wounds in the fabric of the stone, breaking the original syntax, surfacing the essence, subjecting it to infinite variations, achieving a perfect state of balance. In this visual musicality, silence, together with the space between fragments, is both materic and visual semeia (ancient greek, sign), the smallest semantic unit. The light infiltrates the cuts of the surface, engaging with them in reshaping the relations between the parties.
From being a form that is nearly closed, the stone opens up, welcoming the fractures, letting itself be crossed by aesthetic manipulation, becoming a primary symbol of the thousands, infinite possibilities of transforming reality. A journey inside things by reaching the vital lymph, the vibrant morpheme, as if the secret of presence were stealth under wounds.
Also the two-dimensional artworks of paper presented in the museum are wonderful witnesses of such interventions, in which incisions are result of the rationality of a restless spirit deeply in contact with the origin of things. We recall the atmospheres of Salvador Elizondo contained in Farabeuf, in where the rational eye of the writer digs and affects the substance of facts, constantly decoding and codifying what remains, recomposing through words the final sight of the observer.
The event is part of the current exhibition program promoted by the Macay Foundation, the only museum of the peninsula dedicated to contemporary art. Besides La liturgia de las piedras of Alberto Bañuelos, it will be possible to visit the exhibition of Gabriel Ramírez, Gabriel Ramírez, hoy, and Francisco Barajas work entitled La forma del caos. Until next july, in the sala Esay of the museum, it will be also possible exploring the installation Aproximaciones, Mérida desde la mirada infraordinaria of the student of visual arts Andrea Boettiger, an event born from the consolidated collaboration between Esay (Escuela Superior de Artes de Yucatán) and the Fernando García Ponce Museum. 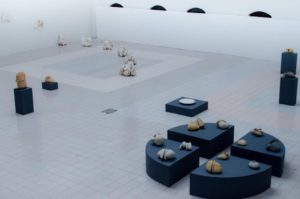 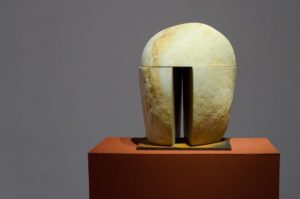 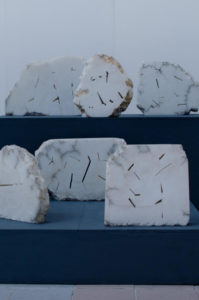