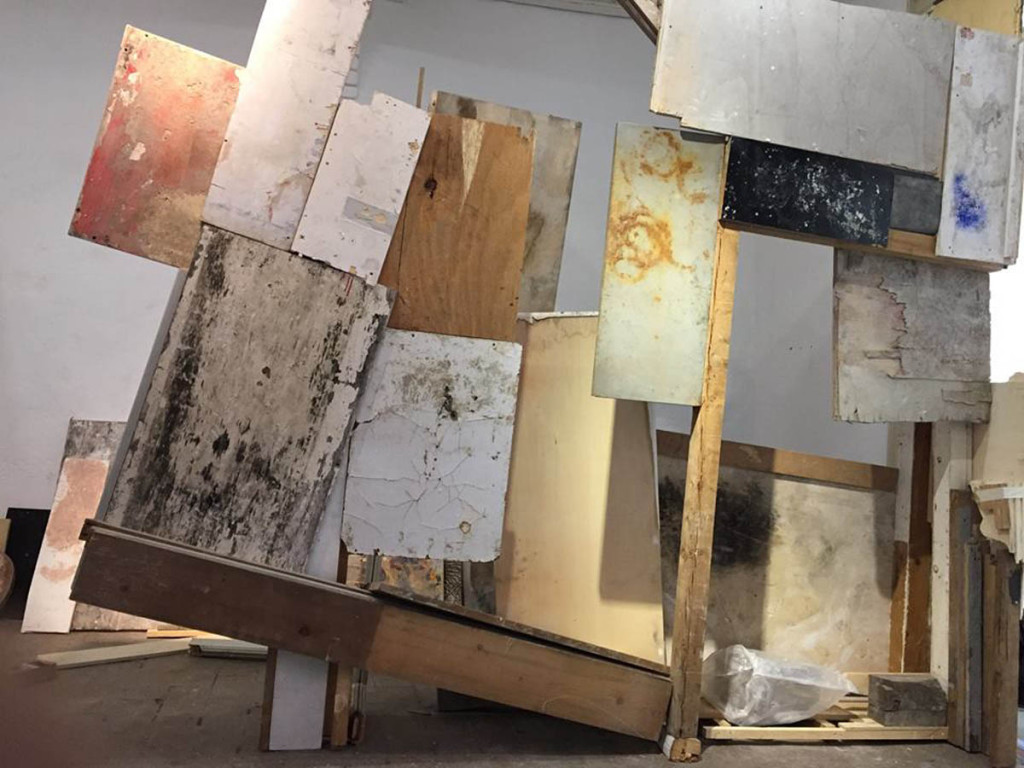 The ordinary time of everyday life is slow, proceeds through accumulations and overlaps that silently encumber our mental space and trigger an infinite process of construction and erosion that forms the material of memories.  Our relationship with the world is mediated and softened by this mass of inertial mass that grows, merges and is consumed in our unconscious regardless of any control and will. Is it possible and does it make sense to oppose the dullness of these incapacitating past tears and re-read them as meaningful traces again? What can result from the isolation of fragments of dormant reality and from their plastic recomposition into the occupation of a space and a place unrelated to the context that produced them?

These suggestions are some of the possible access keys to the Relighie project presented at Adiacenze by Daniele Gagliardi and Giorgia Minoli, both trained at the Academy of Fine Arts in Bologna and united by an investigation affinity that uses different methods of execution based on the withdrawal of ordinary materials whose domesticity is deconstructed to create new sense systems. The title of the exhibition, a new word which is freely related to semantic discordant areas, such as religio (religion), legere (legare) or relic (leftovers, remains) expresses the disorientation of real or virtual objects that have been subtracted from latency to become a work whose irrefutable physical presence is opposed to the flow of consumption and oblivion. The artists, moving in the uncertain territory of the potentials with interventions played on the edge of expressive marginality, conceive their work as a trojan horse devised to undermine the certainties on which our daily life is based. Their actions give voice to the underground resistance of things deprived of their function and of their original field of belonging to explore the unsaid and unseen of our relationship with the world understood as a succession of contingencies and events that stratify in aphasic conglomerates. In constant oscillation between implosion and dispersion, the artists intervene on raw found materials which are deliberately left rough fragmenting their internal bonds to observe which new mergers will give rise to their survivals.

Daniele Gagliardi, author of two environmental installation interventions on the two levels in which the exhibition space is divided, works on recycled materials, in this case coming from the Accademia stores and from the Adiacenze warehouses (which before being an art gallery was a laboratory for the processing of fabrics), to create ephemeral sculptures with a strong architectural imprint. Upstairs we find a sort of wall / barrier of increasing height made up of various objects, among which we can see wooden planks, sheets, worktops, skirting boards, palettes, wardrobe doors and a door, which seem to pile up one on the other in precarious equilibrium connected by a weak initial project. Indeed, each overlap recounts and fixes in space (through nails camouflaged in the dusty and rough surfaces) the creative process of the artist who appropriates the space proceeding by attempts, renunciations, rethinkings and unifications that rewrite the environment and redesign the role of each element used as a function of those adjacent to it. In this way a sum of decays and inertias generates a structure endowed with a new and mysterious resistance that immobilizes the natural decadence of its constituent materials in a principle of precipitation that never comes to be definitive. The suspension is even more accentuated in the tower / waterfall located on the lower floor that evokes (and builds) the collapse without bringing it to completion sublimating the total abandonment in a new need for sustenance and estate.

While Gagliardi forces the memory of the objects, canceling their experience despite the traces left exposed in stark contrast with their obsolescence to recover them from an intellectual and micro-emotional point of view, Giorgia Minoli‘s videos impose a similar deprivation of meaning to pre-existent movies through digital manipulations that undermine the recognizability of images to disrupt their ordinariness with unpredictable openings of meaning. In fact, the artist applies her reworkings to a series of family films that show her, her twin sister and relatives in the most classic situations of party and entertainment usually immortalized in this kind of documents. Simple technical expedients, such as doubling, zooming, out of focus and ginning, cancel out the emotional component of the scenes transforming the protagonists into hallucinatory metamorphic objects that reveal the discrepancy between the filmed subject and its uncertain existence in the form of a recorded image. Even here at the center of the investigation is our relationship with the outside world and the fragments of daily routine, are used as a trick to explore the remains of a signifier made stuttering by a violent subtraction of matter. In this case the breaking of the established order seems definitive and the vague anthropomorphism of the mobile and transparent shapes that move on the screen of a vintage television or that are confused with the cracks of the wall on which they are projected is not enough to identify them as family traces. The total alienation brings out a new elastic structure that seems to be generated by the mutual attraction force of the pixels finally free to declare their vitality first forced by the representative function and to move over the lines of an irreverently disharmonic score. 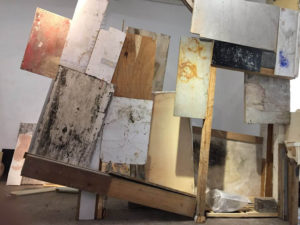 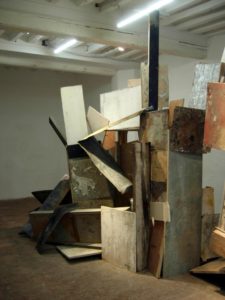 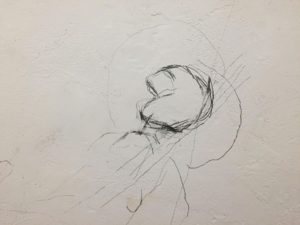 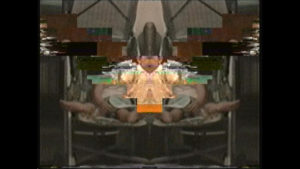 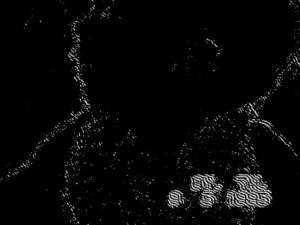 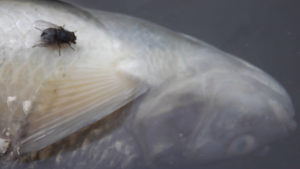