Alessandro Roma. A Vivid Dream. Can dreaming save ...

Promoting urban art in the cra..

Alessandro Roma. A Vivid Dream. Can dreaming save us? 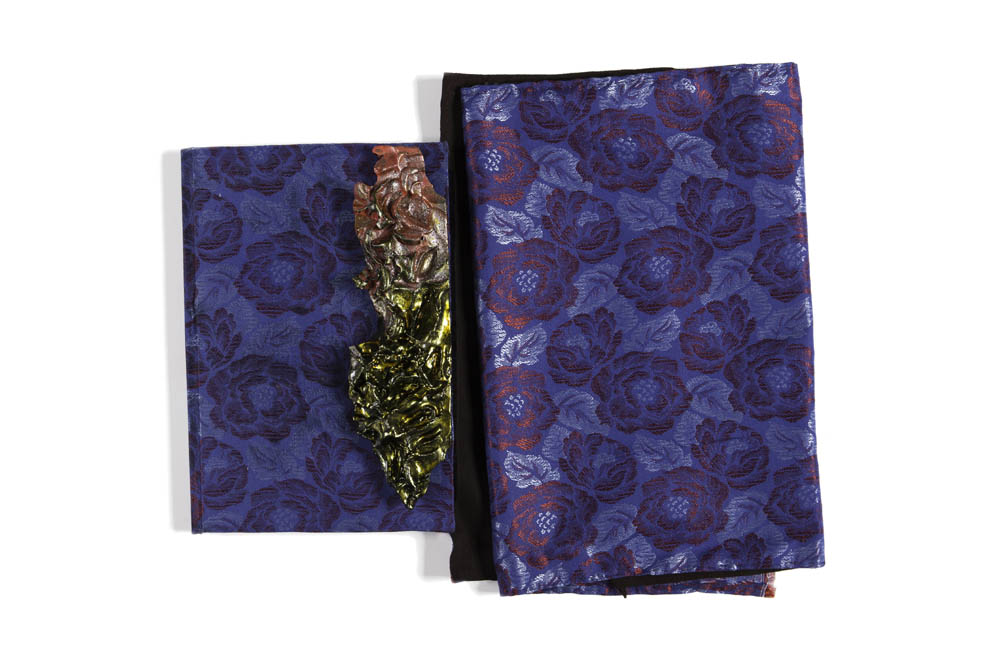 The gallery Yamamoto Keiko Roichaix hosts the solo-exhibition of artist Alessandro Roma (b.1977, Milan) who, in dialogue with the exhibition space and the vibrant socio-cultural context of London, asks the viewer to supersede the limits of the visible to discover the rhythms of the reverie, as highlighted by the curator, Marina Dacci.  In Alessandro Roma’s work, dream is a condition of the present that allows to look at reality beyond the tangible horizon, to discover a scene of the vital and uncanny elements of life, represented by the folding and unfolding of the material. The provocative question that the artist poses to the spectator questions the later power of dreams, which follow the fluctuations of thoughts, between appearances and hidings, intuitions and graphic traits that transform the apparent order of things beyond the surface, to inaugurate a scenario of life. Alessandro Roma explores a dimension of dreams beyond light and shadow, which reveals the curvature of thought and a materiality of dreams, as underlined in the pictorial aspects of his works, which find a reference in the rhythms of Van Gogh’s chromatic timbres, otherwise defined by Marina Dacci such as a “mimesis of the mind, not of form.”

In the gallery, the works by Alessandro Roma investigate the more arcane forms of thought, as in an array of archetypal visions that, by pursuing the alchemical and transformative force of matter, reverberate in different techniques and practices, creating a circuit of references between painting, sculpture, graphic design, drawing and writing. Following the rhythms of the artist’s thought, the entire exhibition is a complex of shapes, accumulations and differences that materialize dream. From the beginning, the artist invites the viewer to enter the dimension of the reverie, as outlined by the exhibition display, in which the gallery’s walls are covered by fabrics, repeating optical patterns and illusions, which inaugurate not only the perceptive but the cerebral aspects of dreams, visions and experiences. As the optical circles invite to follow the artist’s flow of thought, as the spectator is invited to circumnavigate around the catalytic force of ceramic vessel, Untitled, 2016, which explores the masses and the voids to insist on the creative potential of imagination by revealing a new substance. As a breach in the modes of perceiving matter, Alessandro Roma’s work focuses on painting with the series  Staring at the surface of the moon, 2015, Unfolding the Landscape, 2017, The skin of the tree trunk, 2017, who configure an endlessness becoming between the human experience and the landscape: while in the first painting the shape of the vessel repeats, deconstructing the prospective plans through the fusion between interior and exterior, frame and landscape, in the second painting the breakdown of the perspective follows a different logic, conceived through the curvatures of concavity and convexity, as suggested by the vivid rhythms of nature, such as for the line of leaf lymph, which accumulates in the background. In the third painting, the surfaces of vision are asymmetrical superimpositions, in which the artist moves towards graphic, material and coloristic experimentation.

The metaphor of revelation characterizes the space of the artist’s imagination evoked by the artist’s books, covered by a silk printed drapery commissioned by the artist to a fabric company in Como. By browsing between the pages of the artist’s books, The world of the shy drawings, 2017, Myself included, 2017, and The vivid dream, 2017, the dreams, the imaginations and the visions of the artist cross over, following a rhythm between appearances and the figural. If in the first artist’s book, the graphic trace explores the expressivity of colour and the chromatic timbres in their becoming, while in the second, the artistic ego of Alessandro Roma is autobiographically reflected in the pages of the book, beyond time and the physical space, where images, defined or just sketched, emerge. In A Vivid Dream, the experience of vivid dreams becomes an object of experience, a tangible artefact in which the artist encapsulates different materials, expressed through the graphic stroke and the rhythm of colour in its becoming.

In the last room, the artist takes us to a metaphorical in which dream translates into an archetypal experience, acquiring both maternal and mental values. In the Untitled paintings, 2016-2017, the matter of dreams seems to follow an alchemical and metamorphic transformation through elements such as pottery, bronze, and plaster. By recuperating the liveliness of becoming, Alessandro Roma leads us to a lost dimension of dream, which is capable finding an affirmative expression in between presence and absence. In his work, the unknown appears in a new, vivid light. 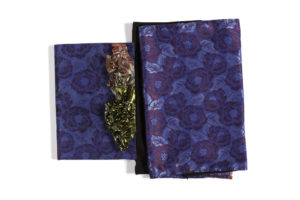 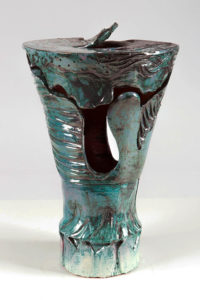 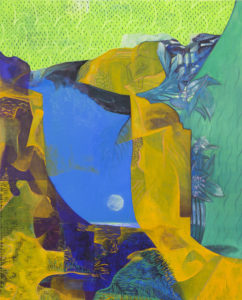 Alessandro Roma, Staring the surface of the moon, 2015, oil on canvas