“Open Cases” and Utopia: History according to Francesco Arena 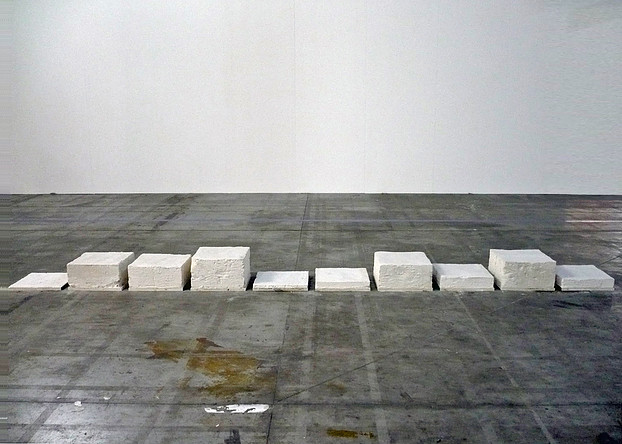 Connect the viewer with a removed part of historical and civil memory, save events from the irreparable state of uncertainty: the priorities in Francesco Arena’s artistic career are overtly challenging, almost utopian.

The poetic midpoint for the 39 years old artist, born and working in Puglia (recent exhibitions in London, Madrid and New York and from November the 17th in Spazio Trisorio – Naples), is about events considered neglected traumas for the community. Arena selects, collects and saves them by getting them inside the focus of the discussion as open cases ready to be faced again rather than as monuments .

That’s exactly what happens in his 2004 installation, 3,24mq, in which Arena retraces the abduction and assassination of the politician Aldo Moro: in this work the artist mixes Hyperrealism, Poor Art and Minimalism. Arena rebuilds, following the real dimensions of the “cage” located in via Montalcini (Rome), the apartment in which Moro had been imprisoned for 55 days before being assassinated. Individual and collective issues, and personal/historical ones, are melt together in order to create a unique dimension in which concentration, geometry and solidity become cornerstones of a metaphorical dimension.

Even other works focus on events and political ideals of ‘900, such as, for example, Communism, developed in its historical and anthropological aspects by multimaterial constructions in the Falce e martello serie (130 pieces built between 2007 and 2008), the mysterious death of the anarchic Pinelli. And Genova (foto di gruppo), installation in which Arena assembles with marble waste material ten pedestals (40×40 cm with various high) starting from the official photographic testimony of the ten world leaders in Genova G8 (2001). “The bases – asserts Arena – are conceived for the death of Carlo Giuliani: if he was still alive, he could stand on them and look every single leader in the eyes”.

Which is the deep purpose that pushes you to develop historical issues in your artistic career?
Everything came almost by chance. Every artist follows his obsessions and, by following them, these obsessions will dominate his work. Sometimes his work tries to dominate his obsessions. My first work, 3,24 mq, is related to an historical fact. Only after I realized which was the main theme of my career: space seen as a physical place in which events happen and human beings interact. I tried to control these places in order to get close to places which are more familiar to me and mix them with History and historical memories.

Revaluing History in order to understand current events: how much is this important in your artistic research?
The statement “Studying the past in order to understand the present” reminds me the claim of a TV program I used to watch when I was young. Or maybe it was a title related to the encyclopedia saved in my parents house. Generally the idea of History as a study key for current events is right, even if History is very complicated and so full of apparently not remarkable events and appendixes and also attachments that nobody reads because everybody considers them useless. But it’s from these small events that a work can be generated, in particular from my personal story, which is the one I pretend to know better. History is not so unpredictable, sometimes it’s frighteningly regular. And this circle of repetitions through time is the proof that humans are fantastic beings, able to create God just for blaming someone else.

Do you think that in your artistic career there is a real aim of changing past and present?
My work changes me, sometimes working on an installation makes me completely change my idea about something. Get to know the real dimension of an issue allows you to get into it in a different way. For example imagining a distance covered by someone else or living a space where someone else lived before can change something. And maybe you can even realize that, often, human behavior or habits are more comprehensible than what you think. 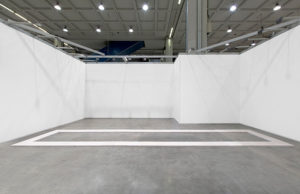 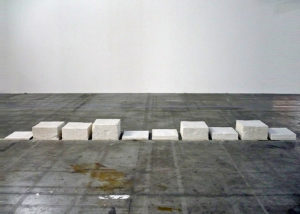 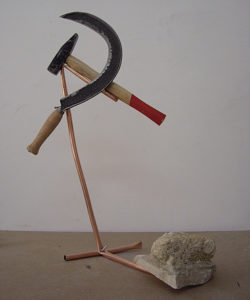 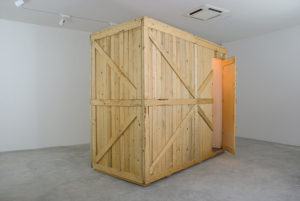