The Kunsthaus Bregenz, built between 1994 and 1997 following a design by the Swiss architect Peter Zumthor, opened in 1997. Although it is a completely autonomous and separate building, the Kunsthaus Bregenz fits into the row of existing public buildings and thanks to the peculiarity of its architectural structure it interacts with the surrounding environment: through water, light and urban life.

This is how Peter Zumthor describes it: “The Kunsthaus confronts itself with the reflections of Lake Constance. Its body is made up of sheets of glass, steel and a homogeneous mass of poured concrete, which designs the structure and gives shape to the interior space. Seen from the outside, the building looks like a chandelier. It absorbs the changing light of the sky and the mist of the lake, reflects light and color and, depending on the perspective, the time of day and the weather, it gives an idea of ​​its internal functioning”.

In this beautiful museum space, where light filters through the glass, the 2021 summer exhibition was dedicated to Anri Sala. The exhibition was scheduled for 2020, but due to the Covid emergency it has been postponed and takes place simultaneously with the Bregenz Festival. In fact, in collaboration with the Festival, the world premiere of Alexander Moosbrugger’s opera Wind will also be staged at the Kunsthaus Bregenz on 19 August, as well as hosting numerous concerts.

In fact, in the work of Anri Sala the musical elements play a very important role and in this sense it must be said that the combination between Festival and the contents of the exhibition is really appropriate, given that the development of a dense network of relationships between sound, image e Ambiente brings back the author’s own narration within a filmic scan of great expressive efficacy. Unlike the more conventional cinema (i.e. spectacular in the Hollywood way or popular in the Bollywood way) Sala does not use a narrative register where the acting (the word, the dialogue) dictates the passage of time, but flexes the musical piece up to make it become the true protagonist of the projected image.

This is to say that Sala’s films are born from the musical piece (from the sound, from the note) and not as a background to the images; to use Massimiliano Gioni’s words, his vision connects the values ​​of “modernity, utopia, equality and exceptionalism” within a web where images and situations are connected on the level of incongruity and fortuitous combinations.

It should also be emphasized that some unpublished works are also presented at the Kunsthaus Bregenz and that the guiding phrase, put by the author as an epitaph, is: “I don’t know what art is, but in my opinion creating art should be a way to scratch where it does not itch”.

The most engaging images, those where the mosquito has not yet raged with its sting, are those of a turntable floating freely in an abandoned space capsule, and that of a snail slowly moving on a violin arc, and that so much reminds us of the video in b/w by Mario Merz in which the drool of the mollusk proceeded to define the Fibonacci spiral. However, these elements, which become magnified and striking images, are used by Anri Sala as if to suggest the possibility of creative combinations and to question the too banal or pre-established meanings, as within a daydream path, in order not to root the consoling value of certainty in the public.

Anri Sala (born in 1974 in Tirana, lives in Berlin) boasts a very respectable curriculum; and with regard to his participation in international exhibitions, the following are worthy of note: the 4th Berlin Biennial in 2006, the 2nd Biennial of Contemporary Art in Moscow in 2007, the 29th Bienal de São Paulo in 2010, the dOCUMENTA (13) in 2012 , the 57th Venice Biennale in 2017, “Take Me (I’m Yours)” at the Hangar Bicocca in Milan in 2018, “Walking Through Walls” at the Gropius Bau in Berlin in 2019, “Al filo de la navaja” at the Museum Jumex in Mexico City in 2020. And with this appointment at the Kunsthaus Bregenz the author puts another piece in his significant and impetuous career. 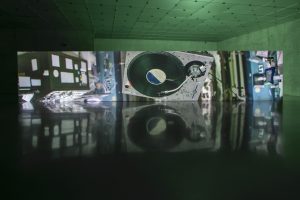 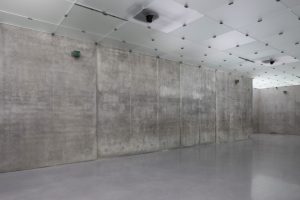 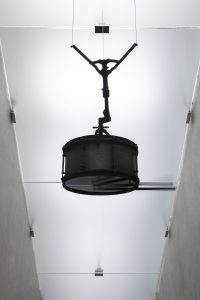