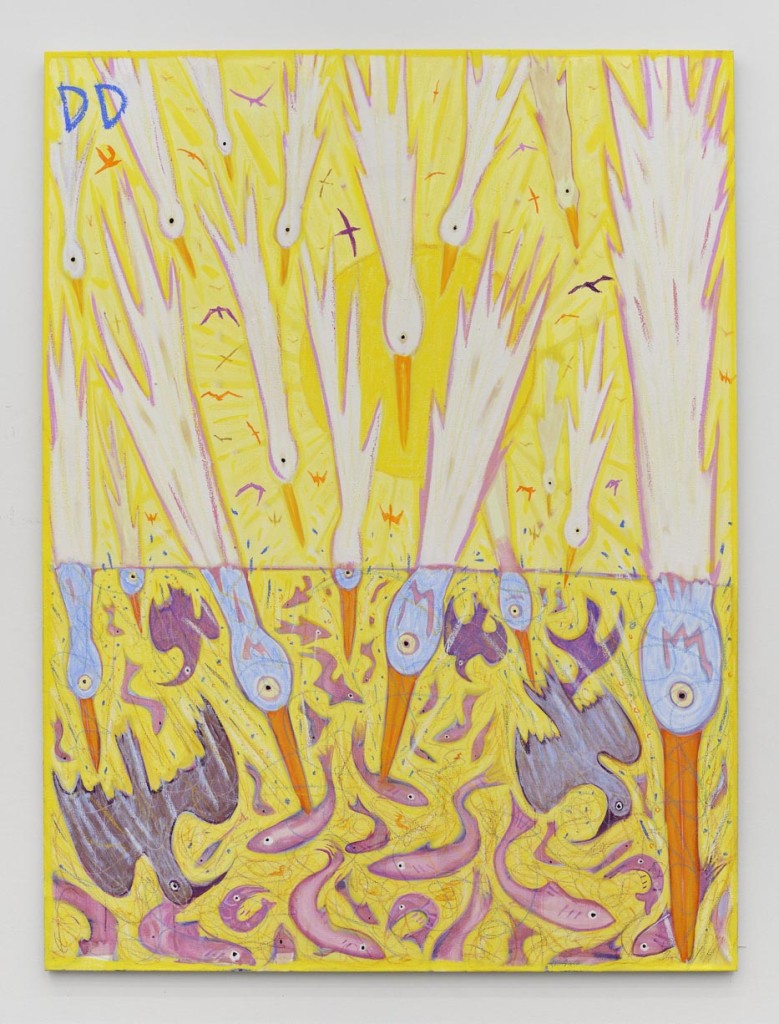 To have a personal vision of the world and the expressive ability to translate it onto the canvas are two conditions often traced, in painters, to accomplished the stage of artistic growth called “maturity”. Dickon Drury (Salisbury, 1986), a young British painter recently graduated at the Slade School of Art, at the age of 31 seems to show both with the ease of those who have a great natural talent.

A firm and light hand, a free and cheerful handle traces the boundaries of a fairytale world, who swings between the unreal and the caricatural. A personal, unmediated, non-artificial reality, which springs directly from the naturalness of his style and the genuineness of his vision; his works do not betray effort, nor calculated re-elaboration.

Drury’s canvases propose to portray, as the artist suggests, an imaginary realm, stranger to any  contaminations from modern civilization. Wonderful, carefree and timeless as any mythical time. It’s indeed a medieval myth Drury’s inspiration source for his last show at Frutta Gallery: “If the sea was whiskey”; already painted by Pieter Bruegel the Elder, “The Land of Cocaigne”, is an ideal place, mentioned in many texts of different eras, where well-being and abundance are within everyone’s reach.

The English artist chronicles the folklore of this extraordinary picturesque world, where an overflowing nature merges with his imagination. As looked through a keyhole, wild animals are caught in the middle of their activities. Mountain horizons and erupting volcanoes, starry nights and bright days are the landscape inhabited by characters of all sorts: mysterious silhouettes that transforme nature in their crib, while animated objects populate domestic environments, interiors, banquet tables and reading corners.

Daily routine becomes, as in Tall Tales (2016), the object of free associations, ridicule and absurdity. Colors tend to saturate, to become dreamy. Shapes are a game. A basket of food of all sorts, conserves of birds and macabre cakes are the courses of implausible meals that are eaten greedily, leaving few leftovers behind a soft barbarity and a disguised bestiality. A sort of Gala dinner in Dali’s style, where reality is replaced by fiction and taste by disgust.

In A case of you, a patchwork of animals is compressed into a shrine, whose belonging slips between a comparative anatomy museum and a natural history one. Here, as well as in other paintings, Dickon introduces a mise en scene effect, where the frame plays both as an element of representation and as content.

The warm colors of a welcoming land leave space, in the last solo show at the Opdahl gallery, to the whiteness of a snow-cold winter. Holed up, which encloses a dozen of works, transforms the lush landscape into a white expanse of abundant snowfall, often in dialogue with the comfort of the foreshortenings.

Even here fairy tale and irony intervene to smooth out the edges of a potential nature adversity, which are used as a pretest for new characters and more typical motives. The Scandinavian winter thus offers an excuse to face original subject and rework themes familiar to the painter, such as small interior views, places of study, pleasure or work.

Workbench with attitude (2018) depicts an unclassifiable phenomenology of extravagant misplaced objects, a small collection of wall tools, do-it-yourself crafts or, more likely, food for thought for the writer placed at the desk. Even here, the seductive transparency of camouflage lets glimpse, at first sight inadvertently, the trick of a device, in a game of pictorial stubbornness that confuses shapes and backgrounds.

Improbable flowering plants recall, on the sides of the typewriter and on the shelves of the painting Leda and maquettes, gatherings of purple and fluttering butterflies, shot in the shadows and, again, in the wall panels.

Scenes of still life are actually, on closer inspection, little scenes of genre, glimpses stolen from a life in motion, where stasis leaves place to a principle of narration. Convivial handshakes, fresh sketches, moments of refreshment: it seems, once again, to sneak uninvited into a private dimension, and to assist unseen to some weird anecdotes of everyday life.

With a palette of bright Mediterranean colors and a style reminiscent of Matisse, the English painter bends the Fauvist ideas to the orders of fantasy and imagination. The spectator is invited, canvas by canvas, to plunge himself in the suspended time of painting, between the dream of the painter and the enchantment of representation.

Represented by Koppe Astner, Dickon Drury has exhibited in Italy at Frutta Gallery in 2017 and in Norway at the Opdahl gallery (2018). 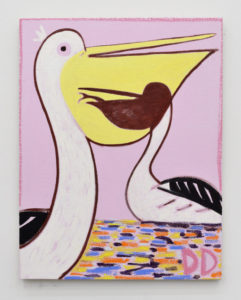 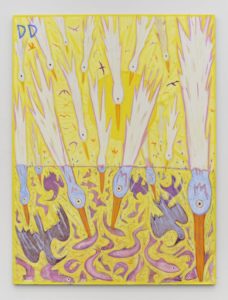 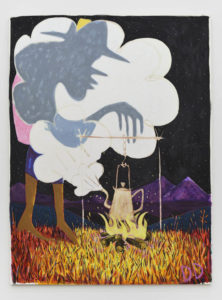