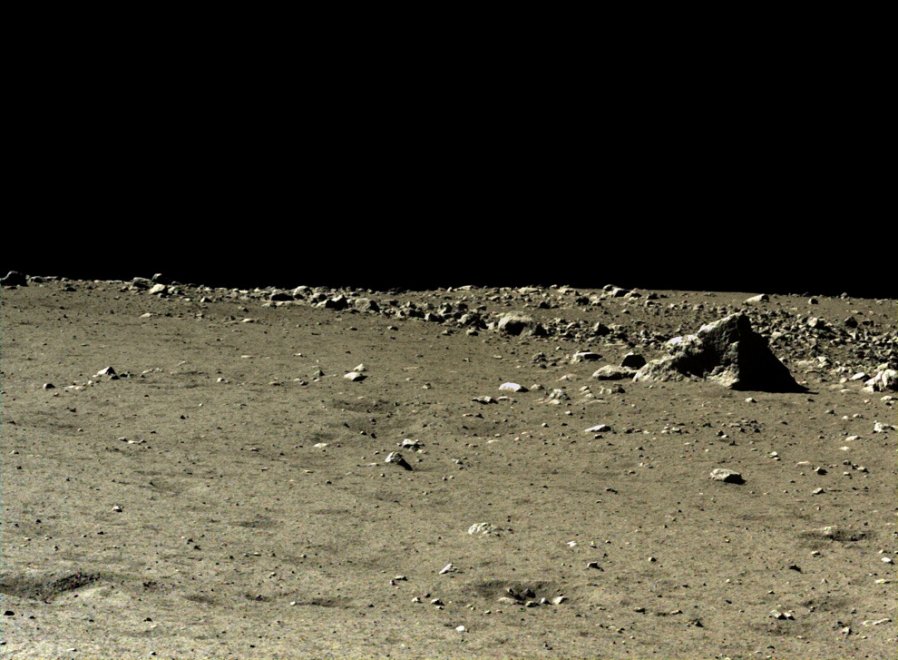 On the occasion of the fiftieth anniversary since the first man landed on the Moon, the exhibition Baci dalla Luna shows the memories of the lunar journeys of six artists through an intergenerational narrative between reality and fiction. Coming from different geographical areas, they show personal visions of an experience that belongs to the collective historical memory. Diversified media cohabit the exhibition space, from photography to video, from performance to installations.

The Moon has been populated with terrestrial stories that are waiting to be told. Since the first landing, on July 20th, 1969, and in the following expeditions, men left behind traces and remains as evidence of their passage: a feather, a hammer, some photographs, books, sculptures, hammocks, gloves, helmets, boots … The lunar scenography is composed of all these objects. The works of Daniela de Paulis and Imke Akihary reveal a scientific and imaginative dimension of their Moon journeys. The first one utilizes video and a radio telescope to transmit images to the Earth’s satellite and shows the visible memory of this communication inside the exhibition space. While the second one shows a fragment of the lunar soil with its moving and fantastic traces. Both artists invite somehow to reconsider the value of terrestrial and lunar wastes.

The photographs of Alexis Pichot immerse visitors in a surreal environment by bringing them to the border between myth and reality. On the other hand, the poem written in 1978 by Mirella Bentivoglio recalls the primordial relationship between the Moon and the Earth, as ancient as the one between woman and man. In her words the terrestrial hierarchies and genealogies are overturned in an ecological attempt that is relevant now more than ever. The images of Cécile Staes-Lacommère narrate her travels with the Moon and bring back a peripheral, intimate and experimental vision through the manipulation of the photographic medium.

Vittorio Campanella intervenes in the neighborhood of the gallery with a series of alien performances that follow one another until the opening day, by inviting viewers to take part in the show and become co-authors.

Imke Akihary (1994) lives and works in the Netherlands as an artist and art educator. She graduated in 2017 with a Bachelor of Fine Art and Design in Education from the HKU in Utrecht. She is a member of the Dutch art collective Zonderpunt. Her research into the creation of objects and installations is intended to confuse appearances by exploring the boundary between fiction and reality through the use of kitsch or waste materials, by bringing out their aesthetic qualities. She has recently shown her works in the exhibition Theatraal (Frame de galerie, Amersfoort, 2019, Zonderpunt Collective), Twentyfourseven (Academiegalerie, Utrecht, 2019) and This art fair (Beurs van Berlage, Amsterdam, 2018).

Mirella Bentivoglio (Klagenfurt, 1922 – Rome, 2017) was a poet, artist, critic, curator and protagonist of the Italian and international audiovisual research. Author of poetry books in Italian and English since her earliest youth, in 1965 she turned to the combined experimentation of verbal language and image, by linking herself to the poetic-visual movements of the international neo-avant-garde artists of the second half of the 20th century. From the first tests of Concrete Poetry with the use of collage and graphic techniques she turned to Visual Poetry and Visual Writing with verbalised photomontages. Since the 1960s she has developed a personal form of poetry-object (verbalized objects and object-books). In the seventies she developed performances based on the transgressive use of the word, forms of poetry-action and poetry-environment. She exhibited several times at the National Museum of Women in the Arts in Washington. She curated the historical exposition of women artists at the 1978 Venice Biennale. She promoted numerous female collective exhibitions, in Italy and abroad. She carried out several historical investigations as for example the one dedicated to the artists of Italian Futurism. Author of numerous monographs published in Italy and abroad, she has participated in numerous editions of the Venice Biennale and the Sao Paulo Biennale. Her works were also exhibited at Documenta 7 in Kassel (1982), at the Centre Pompidou in Paris (1978, 1981, 1982), at the XI Quadriennale in Rome (1986) in the Emergenze Storiche section and at the Peggy Guggenheim Collection in Venice (1994).

Vittorio Campanella (1996) attends the Academy of Fine Arts in Turin. Alongside the visual artistic research, he carries out a musical project with the zYp group. His multimedia practice is linked to the local dimension through sculptural interventions and, starting from 2015, through the temporary installation of his studio. With the video work VA! he wins the Sillumina competition promoted by Mibact and SIAE. With the zYp group he obtains the funding and support ORA!X promoted by Compagnia di San Paolo for the production of the LUMIMIC project, an international network of musicians and visual artists of which he is the artistic director. Since 2016 he has been collaborating with ULAOP (Un Luogo AmicO dei Piccoli, A Friendly Place for Small People) that organizes creative workshops for children. He has exhibited his works at HERE (Cavallerizza irreale, Turin, 2019), Young at heart on the skin (Trevi, 2018), La prima notte di quiete (Art Verona, 2016).

Daniela de Paulis is a multimedia artist, radio operator with international license (IU0IDY) and radio telescope operator. Since October 2009 she is in residence at the Dwingeloo radio telescope where she founded the program for experimental activities of art and radio technologies. Since 2010 she has collaborated with various international organizations, including Astronomers Without Borders (www.astronomerswithoutborders.org), of which she is the founder and director of the Art program. She is a member of the International SETI Standing Committee (Search for Extraterrestrial Intelligence), the only global forum for SETI scientists, and a member of the METI (Messaging Extraterrestrial Intelligence) advisory group. She collaborates with the Wow! Signal Podcast (www.wowsignalpodcast.com). She published, among others, articles on her artistic research with the Leonardo MIT Journal, Inderscience, Cambridge University Press and RIXC.

Alexis Pichot (1980) worked as an interior designer in Paris for more than ten years before devoting himself entirely to photography. This experience increased his sensitivity towards the space by influencing his artistic practice and his perception of volumes. He experiments light and space, the movement and the limits of visibility. He has exhibited in various galleries in Paris, Hong Kong and Megeve. He exhibited at the Hotel National des Invalides after developing a research project on the Ile de France region. He collaborated with the Parisian transport company RATP by creating an exhibition that took place during Les Journées du Patrimoine. His photographs have been published in various magazines including Wired, Reponses Photo, Lens Culture, Story, Aesthetica Magazine, Objects, Gestalten, British Journal of Photography.

Cécile Staes-Lacommère (1991) grew up in Paris. She studied French literature at the Sorbonne University and film studies at the ESEC – École supérieure d’études cinématographiques in Paris. After her graduation, she started to work as a movie editor. In 2017 she began to study photography and to direct documentaries. Her travels deeply influence her artistic practice. By painting and modifying films in a post-production phase, the artist tells stories of wander and combines dreams and reality.