In conversation with Vicente T..

Bernar Venet (born in 1941) has become famous all over the world for his large-sized and abstract-minimalist sculptures (up to twenty meters high), starting from the seventies, in Cor-ten steel (a material that is part of that category of steel defined as patinable), but his research path already began in the 1960s with works with a first materic and then conceptual flavor. The relationship with the international culture of those years (a culture that still saw a close dialogue between Europe and America, and that mixed processuality, microemotion and alternative or extra-artistic materials) in France found connections and intertwining, without any doubt, with the poetics of the Support Surface group, whose main purpose was to investigate the primary structure of visual language.

Alongside the names of Sol LeWitt and Donald Judd, Venet’s work we can also mention the spirit of the great Daniel Buren, as a good counterpoint to this purist aspect that saw the experimentation of those years in comparisons and dialogues always tight, rigorous but also multiple, just as we cannot forget the “poor” aspects of his material exploration of coal, asphalt and tar, pertinent to the poetics from the Sixties and obviously exalted in the images linked to the “manifesto” of Arte Povera signed by Germano Celant. In this regard, and as proof of what has been said so far, it is good to remember that the “Elemental” exhibition (Sept-Nov 2019), at the Kasmin Gallery in New York, had linked, alongside those of Bernar Venet, the works of Carl Andre, Daniel Buren, Simon Hantaï, François Morellet, Olivier Mosset, Richard Nonas, Carol Rama, Robert Ryman.

Furthermore, the statement, “my work generates itself, nothing around me serves as a particular inspiration”, is an indication of an open and all-encompassing attitude, but always guided by the precision and calibration of the medium and its formalization (although sometimes the rule is upset by chance or sudden “disaster”), so much so that a certain classicism seems to be inherent in the path of all his research, a classicism to be understood as composure and never as natura naturans from which the source of an image gushes out. But classicism and insatiable curiosity are the poles that pushed him to the limes of artistic practice and that led his work to have a truly significant impact on the development of contemporary art in the last fifty years.

Now, the Kunsthalle Berlin, Hangar 2 and 3 of the Tempelhof Airport, hosts, until May 30, the exhibition “Bernar Venet 1961-2021, 60 Years of Sculptures, Paintings and Performances”. The catalog (336 pages) is published by Dilecta and is distributed by Buchhandlung Walther König. The project is organized by Stiftung für Kunst und Kultur Bonn (Foundation for Art and Culture), a non-profit organization, founded in 1986, as a private initiative, and whose current president is Walter Smerling, who is also the curator of this project.

One hundred and fifty works are exhibited on this occasion and to be honest it can be declared as the largest and most complete retrospective ever dedicated to Venet, and which embraces his entire artistic career. One of the key points of the exhibition are the works that developed from 1966 to 1970, and which reveal the extreme radicalism of a completely subtractive and elementary linguistic approach and which have given him international fame as well as a successful visibility. Since 1979, starting with the creation of the “Indeterminate Lines”, his work has taken a very formalized turn. In addition to his wooden reliefs, he developed a unique style of steel sculpture that can be seen today in the capitals of all continents.

For the exhibition, Venet will not only use the sculptural elements of his large-scale installation at the Louvre-Lens (where the exhibition “The Hypothesis of Gravity” has just ended), but for Berlin he has specially designed four different installations composed of “Arcs, Angles and Straight Lines”. The exhibition is also a tribute that the artist wanted to pay to Dr. Paul Wember (1913-1987), director of the Kaiser Wilhelm Museum in Krefeld, the first ever to give him the opportunity to set up a solo show, in 1970, when still fame had not touched his work. The Berlin project is being implemented with the generous support of CG Elementum AG and its CEO Christoph Gröner. 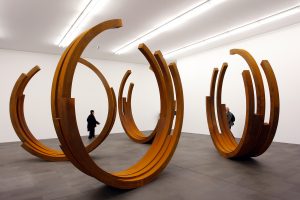 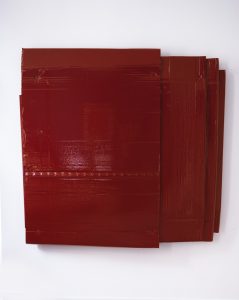 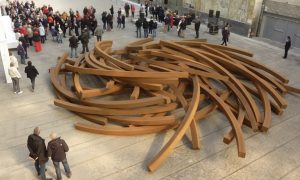 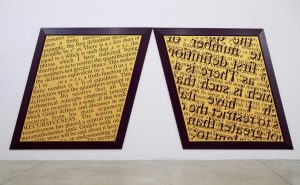