Claudia De Luca re-reads Zorba the Greek for My Mo...

Praise to Nature by Andrea Mar..

Some time ago we talked about My Monkey Edizioni, a courageous editorial project, conceived and managed by Andrés David Carrara with the complicity of Chiara Soldati, which involves the bimonthly publication of magazines printed in 50 numbered and signed copies in which different artists are called to engage their creative languages ​​with a classic of Italian and foreign literature. Let’s now return to the topic on the occasion of the latest issue of the magazine, in which Claudia De Luca, a multimedia artist who bases her poetics on the detection of the emotional and poetic implications of the textures of natural and artificial materials mixed with painting, was invited to interpret Zorba the Greek, a novel written by Nikos Kazantzakis in 1965, which tells of the encounter between the author, a young intellectual still inexperienced in life, and the worker-globetrotter Alexis Zorba, whose visceral involvement with the instinctive component of nature deeply fascinates the guy.

To discover the background of this new partnership between artist, author and publisher, we had the pleasure of consulting Claudia De Luca, with whom we explored the reasons for her creative process in relation to this particular solicitation.

Andrea Guerrer: How did the idea for this artist’s book come about and what kind of collaboration has been established with the publishing house?

Claudia De Luca: The idea came from my ancient fascination with the text by Nikos Kazantzakis that I read in two different moments of my life: one in high school where I only sensed the emotional and human potential of the narration, also aided by the wonderful film transcription by Michel Cacoyannis. The other in adulthood, when I really understood the direction of meaning that the author wanted to bring out. The protagonists and the landscape seem to stumble upon each other colliding within a true and tragic material and existential dimension. From this fusion emerges the poetic gaze of man on the world. It was at that moment that I tried to translate, through my artistic practice, some internal tones that the text placed in front of me. The collaboration with the My Monkey publishing house was born from a proposal of mine that I outlined to Andrés David Carrara and Chiara Soldati. Both, with great sensitivity and attention, welcomed my work understanding, from the very beginning, the authenticity of my artistic intent.

Looking at the works you have chosen to accompany each selected fragment of the text, it seems that they visually restore the multifaceted essence of Zorba and the emotional landscape he embodied through the dual filter of the writer and the artist. What form of identification did you established with the two characters? Which do you feel closer to?

My artistic work is necessarily metamorphic and subject to constant upheavals. The fabrics I use, the ways in which I manipulate and lay them, make the work never finished. It often happens that fragments of color or flaps of fabric change over time, giving rise to imprints that reveal something that was not there before. I have a strictly organic and material vision of the body in its relationship with otherness and I act on the tissues as if I were moving on an allegorical universal epidermis, an unripe covering of the world that at times I break, mend and modify. In the case of the novel Zorba the Greek, I have declined my work focusing on Zorba, who is pure instinct, blood and nerves. The way he interacts with the rough and ancestral Cretan landscape and his latest dance to life (represented by the sirtaki) made me think of a Brunian-style pantheism in which poetry, freedom and nature come together in a solid embrace.

Kazantzakis of Zorba admires “the primitive gaze (…), the creative naturalness, which is renewed every morning, with which to look incessantly at the secular daily elements (…)” and the fact that he was “capable of demolishing all barriers – morality, religion, homeland – that unfortunate and frightened people erected to break it down without too much damage in their miserable life”. Looking at the layers of painting and materials on which your work is based, I notice a particular harmony with this approach and with an integrated and metamorphic vision of the world, whose constituent elements, mixing together, give life to always different images, which can be disturbing and violent traits, but also nostalgic and fragile. What would you like to tell us about this?

My work is a path that can be disturbing. The action I perform is not characterized by any sentimentality or rhetorical approach. The roots from which I move are the contradictions, the boundaries and the ends of human progress. I have never conceived my work without this dose of violent emotional “injury”. However, as in a rhizomatic movement that always returns to its origin, the nostalgia for something lost often emerges. The need for a quiet or a landing emerges naturally, as in a battle in which silence is seen as a hoped-for horizon, but perhaps never definitively reached. The liberating laugh that Zorba makes when death catches him is tragic and poetic at the same time. Everything in his body and in his words is a hymn to life, even that last final neigh. Here, I like to see my works as that liberating laugh in which tragic and poetic coexist together.

Do you think that artistic creation, like dance for the elderly Greek protagonist of the novel, has a cathartic and liberating value for you? How do the intimacy of individual emotions and the all-encompassing otherness of the world, from which the materials you use come from, intersect in your work?

I have never perceived artistic creation as something completely redeeming, quite the contrary. Art, like philosophy, considerably complicate man’s actions. But it is a necessary complication because it opens up paths that make you liberal in the details but inflexible in substance. I approached the artistic dimension in a solitary and silent way, many years ago. I have always experienced it as a litany of gestures and visions that had something deeply methodical as if I were performing a marked and necessary ritual. And it is precisely by dancing around that ritual that I realized that I was turning on the edges of an abyss that had to be understood in its entirety. This is my approach to otherness: looking beyond, proceeding through, penetrating and then re-emerging. It never re-emerges intact, of course, but there is always a small amputation that you find, one day and suddenly, on your skin.

In your next solo show, which will be held in July in Milan, at the Basilica di San Celso, some works reproduced in the book will also be exhibited. Would you like to anticipate something about this new project?

From 7 to 24 July, at the Basilica di San Celso in Milan, there will be a personal exhibition of mine entitled “Le camere dello scirocco” curated by Elisabetta Mero. It is the second stage of a journey that I embarked on last year with a solo show in Venice and which will see the third and final phase in Venice, in October 2022. In the exhibition in Milan, the fundamental themes on which my works will revolve will be precisely care and landing. I thought that when the melancholy of waiting and the stillness of silence rest on the bodies, the tissues can give them a shape, bringing out skin, muscles and nerves on which to write an intimate and private narration. The resulting numbness and warmth are spread over a material carpet, made up of 110 small sculptural forms imbued with wax, wood and tarlatan. In this second stage I stop and sit on the edges to finally breathe. 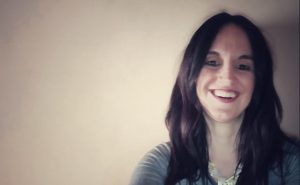 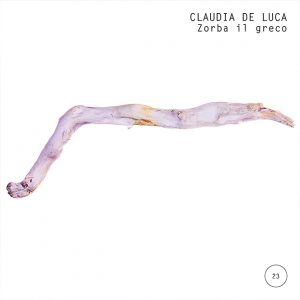 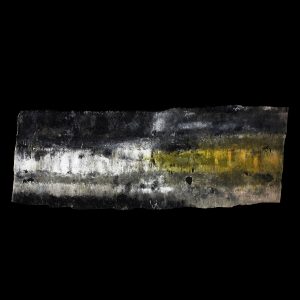 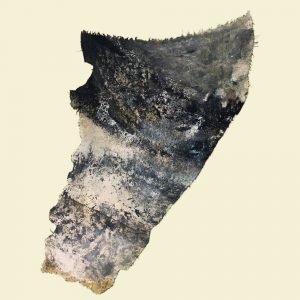 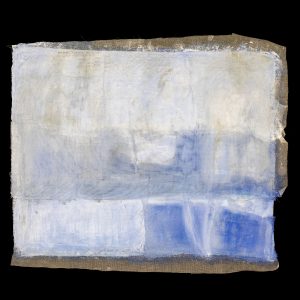 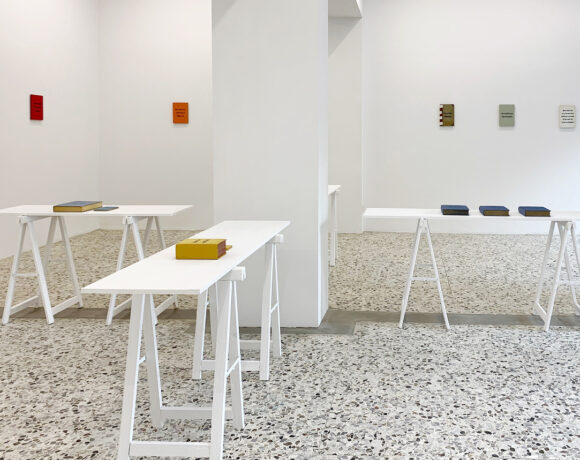