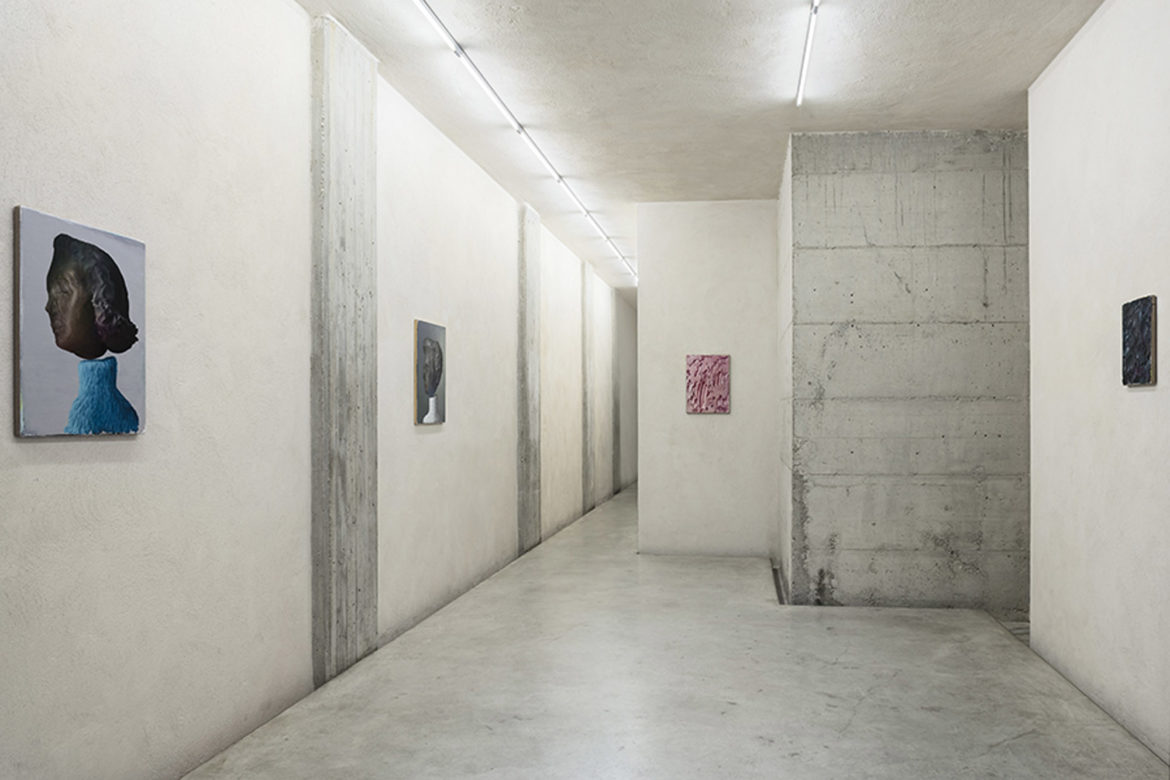 A problem: because I can’t stop looking at them, I would like to describe things that Damien Meade paints (they are busts, heads, figures not referable to a specific subject, or simple abstract compositions).

If I refer to the things he paints, what things am I talking about? About the subjects of his paintings or, more broadly, about the paintings themselves, which are all one and the same with materiality of their subjects?

For example, if I call the things that are at the base of each painting simply “sculptures”, I should specify that they are sculptures that have a temporary and interstitial life, between one painting and the other. These clay sculptures are never cooked because every object can become something else: another shape for a new painting. Talking about Meade’s works, it means dwelling on something that no longer exists, or that ceased to exist before the beginning of the painting: thanks to a series of photo shoots, the object was able to become a referent, the subject itself of the painting.

Sometimes we may even forget about the referent. This is what happens in front of abstract paintings (which represents completely abstract and two-dimensional clay compositions) like the ones in this show: the memory of something that has existed only for a few hours, somewhere – in a studio that you have never visited – emerges in a discontinuous shape. Then you ask yourself: to whom this tactile and contrasted surface belongs? to the painting or the object represented? And what happens to an object when it becomes the subject of a painting?

The heads, the busts that Meade paints from time to time – and which, in this exhibition, are on display near the paintings with abstract surfaces as a reminder that surface leads directly to face (H. Belting) – they instead make me think of portraits and funerary masks (J. von Schlosser) but in portraits to which the painting has given a last residue of vitality, therefore to shapes whose material life is prolonged (through photography) in the painting. That’s due to those spots, those brush strokes of slightly vented colours that can underline the outline of a mouth, of a nose, or even of the eyes but without giving them a gaze.

The Meade’s figures have faces without a gaze (this is why they are disturbing, because the eye conceals something disturbing in itself that comes to light just when the look is not there), and they avoid a relationship or reciprocity with the observer. These heads without a gaze, moreover, refer (just because the observer, intermittently, never stops looking for a face in them) to their presence as “things”, to the idea that the painting we are looking at is a portrait, but the portrait of an object, therefore a still life, as if two traditional kinds of painting collapsed into each other.

That’s the point. Meade’s paintings seem to sum up aspects that are not completely linked to each other, which are occasionally contradictory: the coexistence of different expressions, painting, sculpture and photography; a painting that continues to commemorate the ephemeral materiality of sculpture; classical genres; the figure and the abstraction. His paintings exist on the edge between two materialities – the one of the painting as an object and the one of the thing represented – which attract and refer to each other. 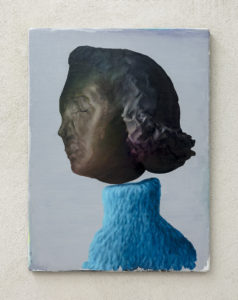 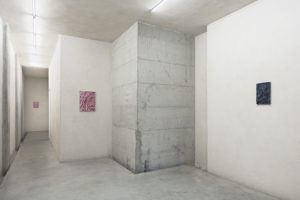 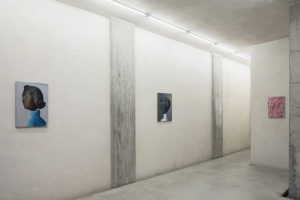