“Dog in the Window” at A+B Gallery, Brescia

“Dog in the Window” at A+B Gallery, Brescia

Shaping the material, extending the intimate vision that each has of the world until it reaches a complete reinterpretation in the form of chromatic explosions and impulses of signs bearing an individual cultural heritage. The group show Dog in the Window, ongoing at A + B Gallery in Brescia, stars five artists whose different specificities have given rise to a redefinition of the pictorial matter that goes beyond and predominates over pure formal representation and narration.

The visions of the artists transfigure the world starting from a careful analysis of their individual memories, which, merging with the intuitive data, are returned in conformations to be investigated and followed with the gaze to search for that small and hidden detail capable of dissolving the inextricable Gordian knot with which the authors try to keep their personal visual representation firm.

Merve Iseri (Istanbul, 1992), Miguel Marina (Madrid, 1989), Tiziano Martini (Soltau, 1983), Marta Ravasi (Merate, LC, 1987) and Russell Tyler (Summertown, TN, 1981), reflecting on the consistency and evidence of the matter, give rise to different and singular image-worlds, whose proximity creates a constellation of apparent and fictitious realities and suggests a parallel vision that enchants and captivates absorbing the lost gaze in a void that is difficult to fill.

Merve Iseri gives life to imaginative landscapes using forms that take on a symbolic value at times recognizable; her abstract conformations seem to float in an indefinite space, in a context that does not need further explanation, but which exists only thanks to its pictorial power. Layer after layer, the dense paintings by Miguel Marina reveal and, at the same time, veil an inner world submerged by brushstrokes that obscure and cast a subtle shadow that gradually creeps between the work and the viewer, an apparent monochromatic darkness that, if carefully scrutinized, reveals its operational process.

A layer of glossy on a scrupulously smooth material makes Tiziano Martini‘s works a bright explosion of indistinct shapes and unique configurations that emerge from the space circumscribed by the frame.

The spaces of the A + B Gallery thus become a terrain for confrontations, exchanges and artistic and personal correspondences, where it is possible to establish unexpected dialogues such as those born between the small canvases by Marta Ravasi, which silently attract attention with their delicacy, a series of oil paintings on canvas that transport the visitor into a hidden and impenetrable dimension, and the geometric and uniform canvases by Russell Tyler, pragmatic compositions capable of rebalancing the visual context by simultaneously generating and captivating dynamic realities that do not require further interpretations.

The result is a social reflection that starts from the image up to the elaboration of a possible innovative way of looking, a reflection that, starting from an empty space, outlines a new horizon focusing on the world created by these images from a look which multiplies by disseminating itself in a multi-potential vision. 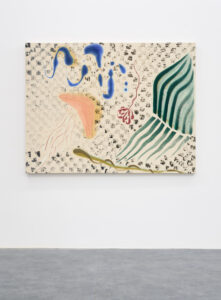 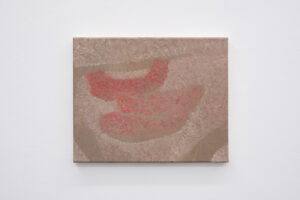