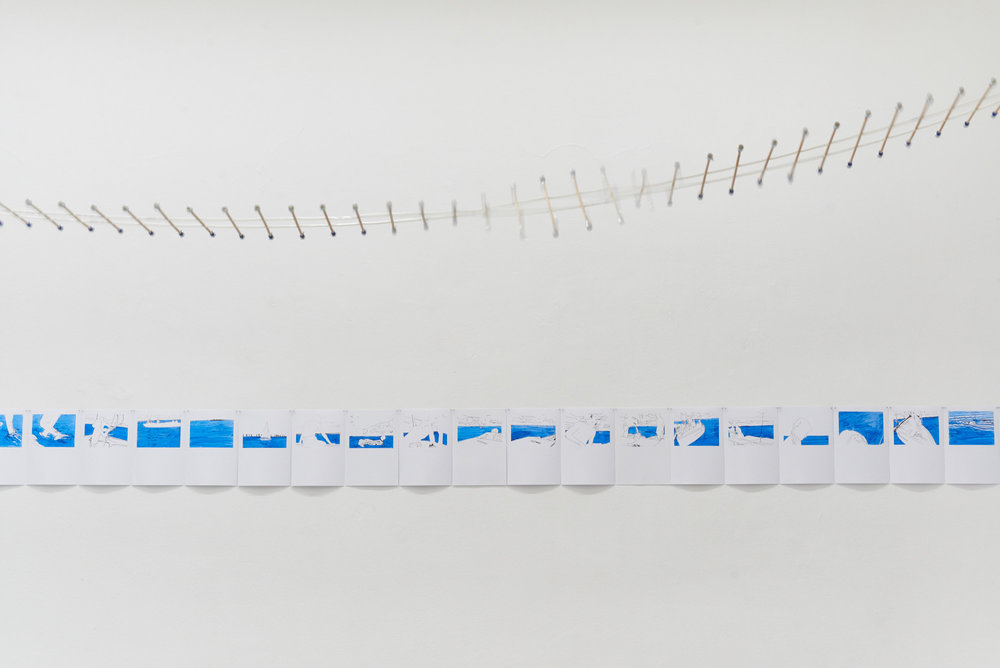 The artistic research by Eva Marisaldi (Bologna, 1966) focuses on exploring the various creative and cognitive processes that derive from the crooked and unusual observation of apparently banal situations. Utilizing a wide range of expressive media, such as design, performance, installation and video, the artist investigates the private dimension of physical and mental objects that belong to everyday life to reveal their usually hidden sides. The purpose is to suggest new approaches to reality by proposing original sense alternatives in a dispelling equilibrium between unpredictability and rational plausibility. The visitor, invited to enter “the space and time of the work” by sound, visual and environmental impressions, is part of an open process of logical and linguistic difference that leads to a variety of potential significant outcomes without relying on one unique answer. According to these intentions, the practice of the artist, rather than configuring itself as a programmed action to a definite end, moves on the ground of doubt, allusion, imperfect gesture and almost impetuous which can find a mysterious point of meeting between modern technology and manual skills. For this reason, her work, despite being highly varied from the point of view of the subject and not framed in a single artistic genre, is extremely consistent in adhering to a specific degree of communicative intensity that is based on a fascinating whisper issued just below normal sensory perceptions. Rejecting the brilliant gesture and the assertive statement, Marisaldi finds in precariousness the ideal habitat of her elusive interventions, which find in the insinuation and hint a much more effective interaction mode than the prevarication that the outside world seems to show off.

The Surround exhibition, which Galleria De’Foscherari devotes to the artist in her town of residence, largely exemplifies the salient features of her poetry and brings together works of different media that follow parallel lines of thought coupled by an environmental set-up featured in three horizontal planes. The median level, placed at the height of the wall at a glance, consists of a sequence of drawings that surround the visitor with a continuous line of graphics that connects the three exhibition rooms. The main graphic series is inspired by the images of Roman Polański’s youthful masterpiece The Knife in Water, a claustrophobic script based on strength and attraction relations in a trio of characters gathered in a sailing boat in the Masuri Lakes. In their entirety, the sheets identify a circular horizon that limits the look, preventing it from spreading beyond and striking a narrative which is structured as a storyboard. If  in the black and white movie the two male protagonists are faced with the pretext of waging the woman and a knife, here the object of desire seems to be the blue of the ubiquitous waters where the boat sails and where the dotted figures of the characters dive. Even the corrugation of the paper sheets that support the design contributes to recreating a pervasive aquatic landscape, which ends up dispersing humans from the center of action by declining them to extras. Instead, it triumphs an impression of spatial condensation (the interior space of the work dilates without its borders expanding) and exoticism, which is accentuated by other cards depicting birds with colorful feathers, the only other chromatic feature.

The main story sometimes intersects with other parallel series of drawings that run over and below the horizon, most of which illustrate the paper production chain, from cutting wood to the transport and packaging of the final product, dwelling on overloaded transport media of bulky objects and scenographic accumulations of inert materials. The two stories, at first glance unrelated, find unexpected intersections in certain elements that appear almost by chance in the apparent normality of the portrayed situations, such as stains of the same blue tonality on some wave-folded cartoons or a knife that is ambiguously similar to what in the film unleashes the final drama that breaks the precarious balance of the characters.

Moreover, the second graphics series has the function of linking the drawing line horizon to the lower level, anticipating the presence and essence of the sculptures-object placed on the ground. Since her debut, Eva Marisaldi is fascinated by the expressive potential of the goods packaging boxes and ever since, these poor and unhealthy recovery materials appear among the cornerstones of her artistic vocabulary. The Spostati, cardboard boxes modified with paperboard, fix into sculpture of an ephemeral material destined for disposal in forms that combine organic roundness and geometric modularity. While these vestiges of objects on the floor could recall the minimal design of some functional furnishings, the insistent filter of soft but continuous sounds from their inner cavities reveals their more complex nature of sentient entities stretched out to the outside world. Intentionally imperfect hybrids that will never achieve a final definition, they use software and mechanical technologies to endlessly extend their primary existential stammer.

The imperceptible underground vitality of Spostati is counterpoint to the helical movement of the aerial sculpture that ideally concludes the exhibition: the structure, inspired by a scientific model used in the academic sphere to explain the propagation of energy, crosses the ceiling of the tunnel as a tireless wave that bounces into space to restart from itself. The interaction of all these visual and conceptual levels is orchestrated by the artist with the peculiar syncopated and emotional logic that distinguishes her and allows her to identify inexplicable conductive wires in the plots of a chaotic world at risk of aphasia. Her sensible look is able to enhance insignificant fragments of drifting reality to transform them into moments of moving beauty that unleash precious hermetic associations and delicate fantasies, linking them to a unique drawing that demands to be complemented by the spectator’s empathy. 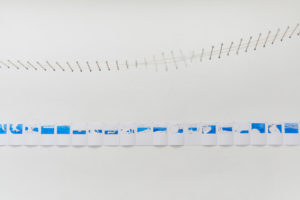 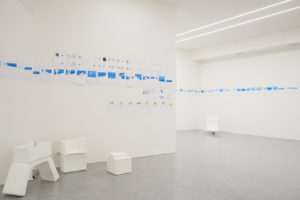 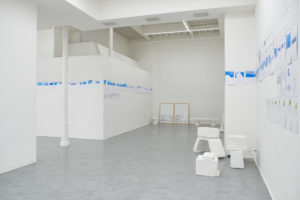 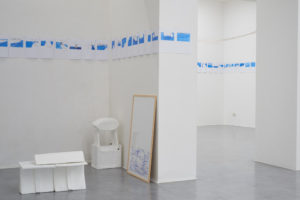 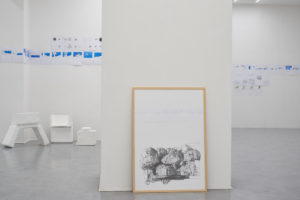 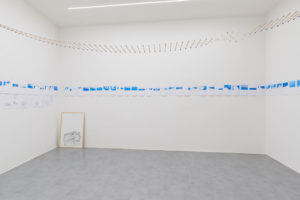