The contemporary face of indus.. 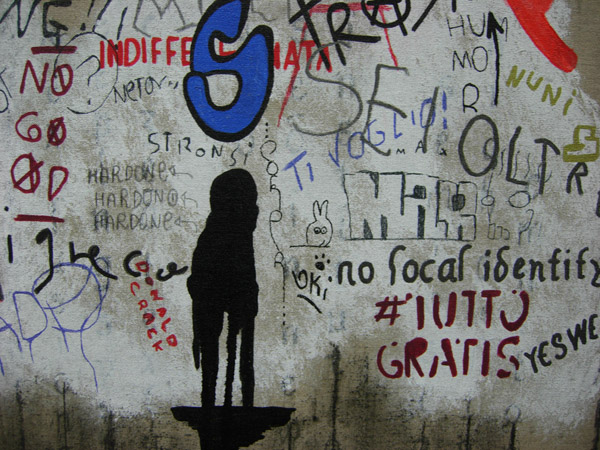 After stopping in Berlin, Amsterdam and Aruba the artistic duo Felix & Mumford (aka Claire Fons , Rotterdam and Gamal Fouad, Alexandria) continues in Bologna its series of maps describing places transformed by gentrification processes that began in 2012.
Invited by Gallleriapiù, which opens with them its first artistic residence, they focused on the cultural district called Manifattura delle Arti, a formerly run-down industrial area, recently converted into a cultural center after a radical restructuring.  The area, analyzed in a scholarly article by Giorgia Aiello that points out the arbitrariness of a redevelopment process imposed from above, appears as a place with no precise identity, where the programmatic inclusion of diversity and creative production fails to integrate into the urban texture of the city. Until the ’90s the area was associated with all the possible risks of abandonment; today the concentration of institutions of high culture, such as MAMbo or Cineteca, and specific places popular with a selected audience, such as Arcigay Il Cassero or some private galleries (including Gallleriapiù), makes it interesting and lively. Nevertheless an indefinable feeling of emptiness lingers between the refurbished and modern buildings, constructed according to European standards and this unsaid hollow space expresses the disorientation of citizens that are not adequately involved in the disruption of their neighborhood and the perception of spatial segregation of social groups that were transferred there.

The anthropological and conceptual research of Felix & Mumford wants to bring out the elusive intersection between the signs of renewal in the official image of the district (as the texture of flooring, facades and decorative architectural elements ) and “dirty” angles that have been neglected by the urban renewal or rewritten on new surfaces . The artists have systematically collected, classified and selected the graffiti and tags they encountered during their reconnaissance of the area, recording their exact location in a map-catalogue that allows traceability and suggests a path of clues that, freely connected, gives rise to unpredictable and arbitrary narratives. If the latest plans of the cities tend to standardize the appearance of certain urban types neglecting local peculiarities to adapt to abstract preconceived standards, often the last frontier of resistance against depersonalization is represented only by random stratifications of notes, comments and interjections as the last possible participatory mode in the res publica. The ​​evocative or symbolic values conveyed by the street manage to capture the public memory snapshot of an individual or a social group that leaving traces of their passage in one place, help defining it. These found words, random fragments of self-consciousness and self-representation, together form the specific geo compendium of dissent and unexpected that draws the duo to create the series of paintings presented in the gallery. Manually reproducing on canvas the anonymous signs that appear on the walls combined with key words and phrases from Giorgia Aiello’s text  on layers of color that recall the typical materials of the district, such as clay, aluminum and plexiglass , the artists return their visual analysis as a semantic landscape. The refined elegance of the result manages to combine and reconcile with unexpected aesthetic balance the visual codes of the official town planning and those of a varied counterculture that oscillates between street art and vandalism.

The conceptual rarefaction of signs and the abstraction of the real elements that are closely related to the subject of investigation materialize in a unitary and effective image  the complex plot of ideas that collide in this place, suggesting a possible agreement point to clarify its fugitive identity. Fascinated by the academic tradition of Bologna and inspired by the school of commentators that between the twelfth and thirteenth century rediscovered and reinterpreted the classics of Roman law , Felix & Mumford complete the works in the gallery and the urban route identified by the map with multimedia glosses through the use of QR codes which enrich every work of more information and narratives. The spatial expansion of their work, which involves seamless internal, external and virtual, calls for a common ground for reflection and belonging that the narrow and privileged art elite should share with a wider audience to achieve a really objective perception of the world around us. 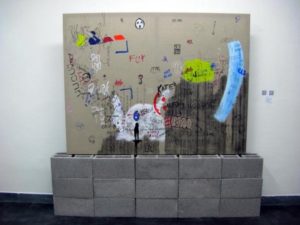 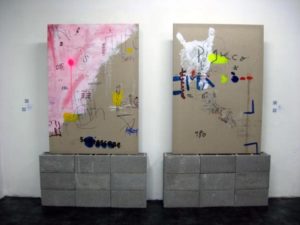 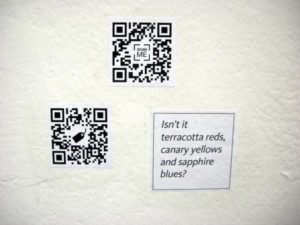