The contemporary face of industry: finalists at GD...

The contemporary face of industry: finalists at GD4PHOTOART. 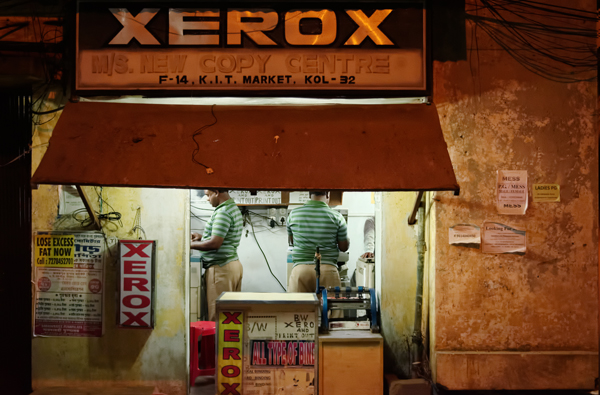 Until January 10, the photogallery of MAST will show the collective exhibition GD4PHOTOART, which brings together the works of young photographers selected through biennial competition and invited to explore the contemporary face of industry and work documenting environmental, social and productive
changes generated by the different models of globalization development. Applicants, under forty years of age, are proposed by international experts in the field to a jury that chooses four finalists, each of which receives a scholarship for a project that competes for the final award. Protagonists of the fourth edition of the competition and of the exhibition that opened on October 3 are: Marc Roig Blesa, Raphael Dallaporta, Madhuban Mitra and Manas Bhattacharya duo and the  winner Oscar Monzon, whose work will enrich the permanent collection of the Foundation.

The project of Marc Roig Blesa questions the possibility of a contemporary visual activism by creating Werker Magazine, a collective management magazine that deals with photography and the working world. Inspired by the practices of self-representation and image critique of the Worker Photography Movement, a group of associations of amateur photographers who appeared in Germany in the twenties, the artist intends the image as a powerful educational tool to independent thinking. Each issue of the magazine is supplemented by a laboratory that transforms the exhibition venue into a space of collective learning, encouraging the active analysis of a specific theme, which in Bologna is the ” invisible work ” , as may be the housework, a  volunteer work or nursing. With the setting up of a library open to consultation and the creation of a public darkroom where it is possible to expose amateurish photos made ​​during the workshop, the project will promote the production from the bottom of affective images that could  claim the real conditions of life and work of the people involved. Raphael Dallaporta tackles with unblinking and severe gaze the consequences of human activity in the environment and within society, analyzing the relationship between progress and memory in images that highlight the symbolic potential of the photographic medium. In the exhibition he presents a series of images dedicated to the Symphony program, the first satellite communication system in Europe started in the sixties thanks to a Franco-German agreement. The gigantic and now obsolete satellite dishes appear as fragmentary remains of industrial archeology, a fragile monument to the limits and the partiality of the interim human agreements. The discontinuity of the images, that creates elegant compositions in black and white, points out that the time has begun to dismantle the ruins of this gigantic undertaking and suggests that even a seemingly democratic technology can hide ambiguous ravines ready to generate a dangerous loss of control.

Madhuban Mitra and Manas Bhattacharya, born in Calcutta, belong to the generation for whom a photocopy of borrowed books from the library were almost the only economic vehicle of access to knowledge. The subsequent spread of Xerox shops has generated a hidden micro economy that is essential for the cultural industry. In colorful and ironic shots the artists portray the banality of existence in these narrow shops, documenting the repetitive movements of the experts and their submission to the inexorable rhythm of the machines. They also present photographic reproductions of unsuccessful photocopied sheets collected during their visits to investigate the ontological and linguistic limit of the photographic process, which shares with photocopy the aim to create a reproduction generated by light but which aspires to the status of image. The work of Oscar Monzon, called Maya, reflects upon the innate vocation that photography has for illusion that crystallizes in visible form what moves in front of the camera lens, suggesting an implicit staging of reality. Comparing well-known advertising images which are now part of any urban landscape, with street shooting that capture the spontaneous attitudes of people, the artist reveals the evenness of fashions and attitudes that are irreparably affected by the power industry of persuasion. In a disturbing perceptual short-circuit that alternates colored promotional billboards to black and white street photography, Monzon seems to insinuate that our daily lives are controlled by unconscious codes of behavior that are even more coercive than those governing mass media creative messages. In an increasingly alienated global scenario what seems to resist is the irrepressible desire for happiness that animates the artificiality of advertising images and that, exploited by the capitalist mythology, eventually stiffens and frustrates real life. 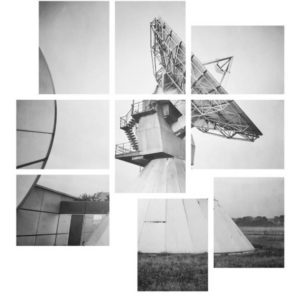 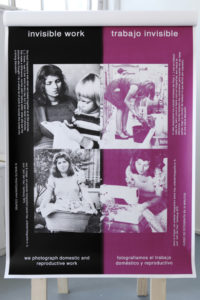