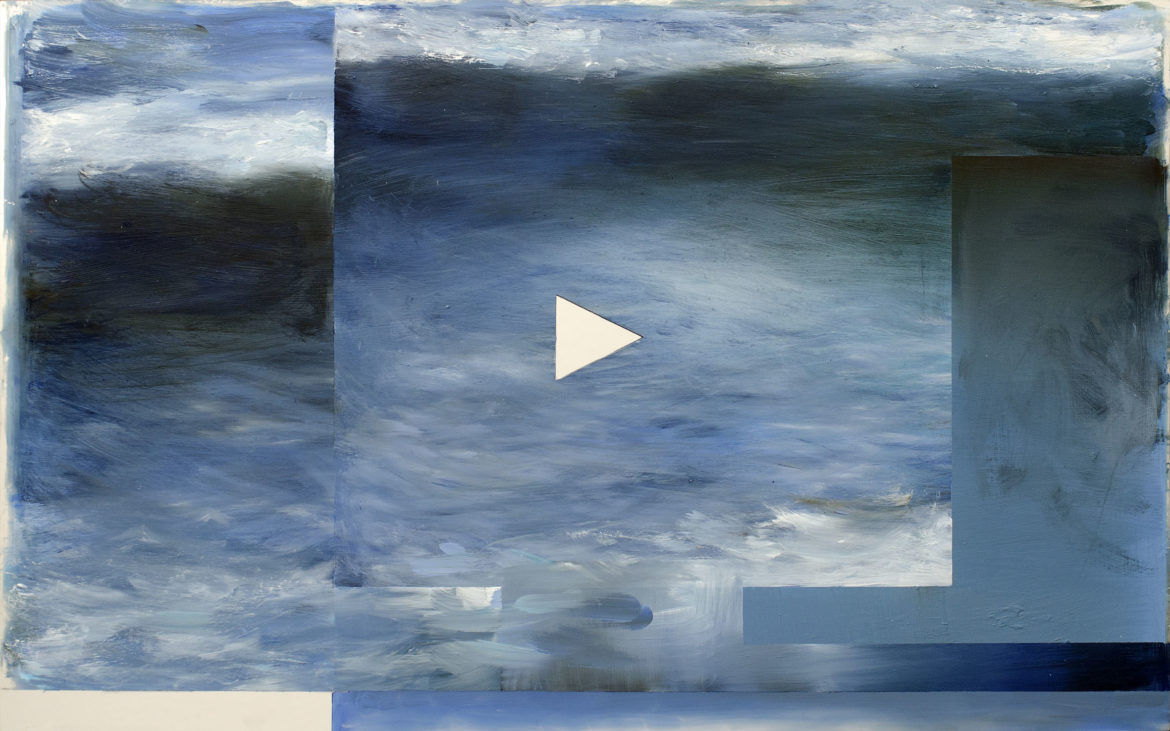 The ubiquity of devices for displaying telematic images and the instability of visual data transmitted by pixels have radically changed our parameters of perception of reality over the last twenty years. If the Albertian window seems to have finally been converted into a screen and monitor, transforming the object of vision into a changing mental horizon in which to wander aimlessly, many artists have renegotiated their relationship with painting in the light of these radical changes in the status of the image.

The Schermorama exhibition currently underway at the Studio G7 Gallery questions these issues through the work of Philippe Hurteau and Flavio De Marco, two artists of different ages and backgrounds, sharing the interest in the aesthetics of the digital screen interpreted as new matrix of pictorial styles. The goal of both is to create a semantic short circuit between the standardized codes of the computer interface (which in their infinite combinations can generate chaos) and the sign and chromatic vocabulary of painting, which have been created to decant on the canvas a still image open to countless subjective readings. Their research, as underlined by the critical text by Francesco Poli, “establishes an underlying analogy between the window-picture mentioned by Leon Battista Alberti (who had defined the conditions of a new perspective view of the world) with the rectangular screen of the computer” to critically reconsider the interference of the new symbols of digital iconography in our collective imagination. For this reason they both include graphic patterns, chromatic effects, icons, command bars and other recurring iconic elements taken from the virtual space to absorb them and giving them new meaning through the pictorial process. In this way the painted surface is transformed into a space of aesthetic and critical reflection that emphasizes the difference between the virtual image and the algorithms that allow it to be highlighted to underline its conventional nature while declaring its indispensability in today’s visual culture.

Hurteau’s paintings, belonging to the Abscreen series that the artist has been carrying on since the 90s, present abstract layers of color that retain the imprint of the gesture that generated them and the bristles of the brush that sometimes almost seem to affect the surface. The dense material depth of the color and its humoral variety of drafts and trends is questioned by the emergence of regular portions of the pictorial support left exposed that identify the enlarged shapes of the typical symbols that appear on computer screens, as command bars, windows or darts for starting multimedia files. These geometric silhouettes, which share the pictorial plane with color without being affected by its time and its space, reveal the mirrored background of the paintings and reflect the unpredictable images of real life that unfold afore them. The contrast between these two apparently unrelated visual and conceptual systems presents a challenge between the imaginative potential of painting (intrinsically linked to the physicality of its materials and the gestures that shape them) and the emotional neutrality of digital fascinations to reaffirm the proud resistance of humanistic values against the automation of the gaze. The game becomes even more explicit in the Refresh Window series which proposes a sequence of overturned canvases with the frame facing outwards on which overlap with various dimensional and position displacements abstract paintings that refer to the digital screen. The work, an ideal continuation of analytical reflection on the self-referentiality of painting triggered by Duchamp at the beginning of the twentieth century, seems to postulate (or hope) the definitive incorporation and submission of the virtual image in the sphere of human art, thwarting its supposed ambitions of digital self-determination.

Instead, De Marco tackles the problem of the relationship between man and nature in relation to the radical perceptual changes triggered by multimedia, investigating the historicized view of a contemporary Western person who approaches the outside world through the mental filter of numerous stratified stereotypes. His landscapes reproduce defunzionalized information screens, views taken from advertising images of travels or famous paintings of different periods and styles that transform the place of artifice into the mental space within which the artist chooses to live and design his language. The panoramas that the artist portrays are not directly represented but they are pretexts of linguistic experimentation through which he verifies the possibilities of his alphabet of signs to increase the iconographic repertoire of painting as an archive-software from which to draw. The purpose is not to show the different forms of painting as a process, but to wander about the meaning of our seeing and the fragmentation of our imagination, more and more shaped by the canons of simultaneity and partiality. The paradox of the contradiction between the freedom of fiction and the depersonalized gaze that it produces emerges as inevitable interference of chance that in painting manages to penetrate even in the most rigorous composition. Thus in the Landscapes series the montage of typologies seems to accept the imponderable pictorial means, secretly inviting the observer to dwell on the path of the brush strokes and on the unrepeatability of the traits that make up the image. 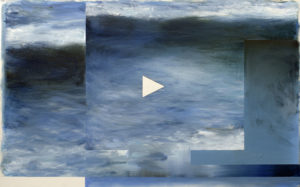 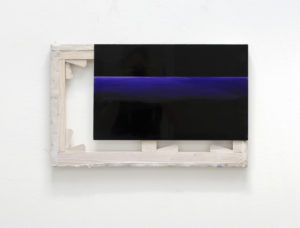 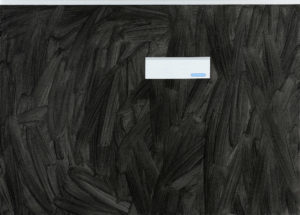 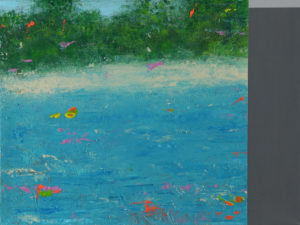