Stephen Chambers. The court of.. 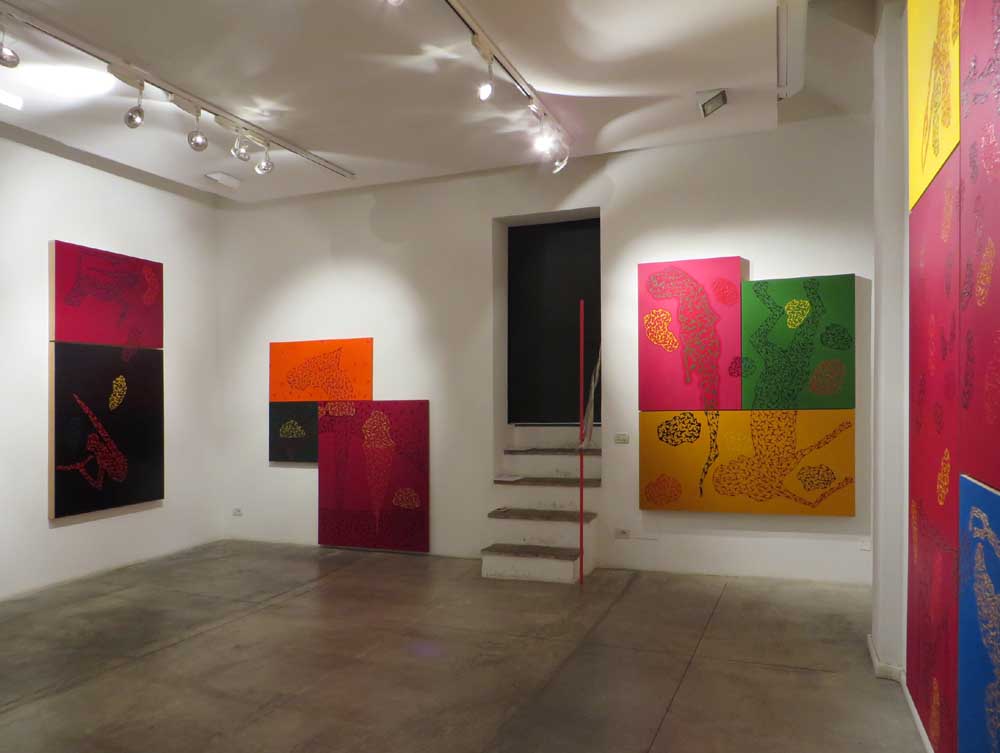 One year after his first solo show, Francesco Candeloro returns to gallery Studio G7 with a project entirely devoted to painting, in which the architectural vocation of his famous plexiglass work is linked to his academic training by hybridizing traditional materials with industrial products not strictly related to art. The (Dancing)Paintings  exhibition brings together a cycle of works developed over the last 10 years exploring the expressive potential of large, color camps juxtaposed to enhance the effect of their mutual contrast. The artist uses an abstract formal vocabulary based on balanced orthogonal combinations of rectangles and primary chromatic blocks, whose rigor is overwhelmed by the overlapping of a further more material pictorial level that incorporates fluctuating hints of free figuration.

Each work consists of the combination of several monochrome panels of different dimensions that create space relations in constant dialogue with the outside environment and which calibrate the irradiation intensity of each color layer. The flat and smooth surfaces that recall Malevič’s squares, diving in Klein’s pure pigment and Itten’s theories on  color perception activate powerful energy arrays that orchestrate the appearance of subsequent paintings made with lumpy brushstrokes that refuse to liquefy into color fields. The orientation and arrangement of these touches, singularly similar to blind monocellular organisms, seem to depend on a sort of electromagnetic field generated by the underlying painting and their interaction determines the appearance of unpredictable figurative ectoplasms. The new shapes emerge from the bottom as irregular shiny and organic swelling, sparkling as if they were injected with contrasting liquid to facilitate a microscopic investigation, and their appearance connects one table to the other reiterating the inseparable unit of the ensemble.

These appearances, in a chromatic and formal relationship complementarity with the modular structures to which they cling to, refer to a joyful narration in the form of basic vital events not yet regimented by a rational understanding. If Matisse in La Danse staged a harmonious round dance in which the human figure became a pure compositional and chromatic pretext, Candeloro seems to reverse the conceptual approach of the pictorial operation to express the unstoppable movement of life and celebrate its ability to renew itself through the eternal movement. In fact, the Venetian artist bases his work on the conscious use of the abstract painting linguistic codes, but the purely mental dimension identified by these reference parameters becomes in his work a kind of formal container that welcomes the return of the complexity of the world by spreading it in its constituent elements. The paintings, therefore, as the titles always suggestive of existential archetypes suggest, evoke Orms, Dreams, Rebel Angels, Dawns and Sunsets that arise from the mysterious coagulation of the pictorial trace in anthropomorphic formations. The apparent inattentiveness and uncontrollability of these fluctuating structures is, however, immediately compensated by the stringent color and space relationship of each aspect of a composition that translates into elegant painting the indefinable oscillation between emotion, thought and memory that constitutes the foundation of our most labile perceptions. 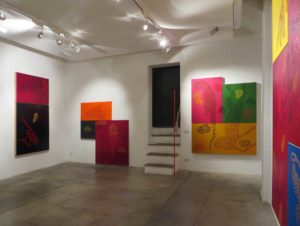 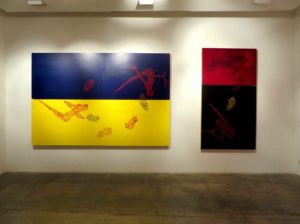 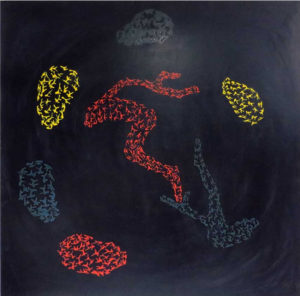