Stephen Chambers. The court of Redonda

Stephen Chambers. The court of Redonda 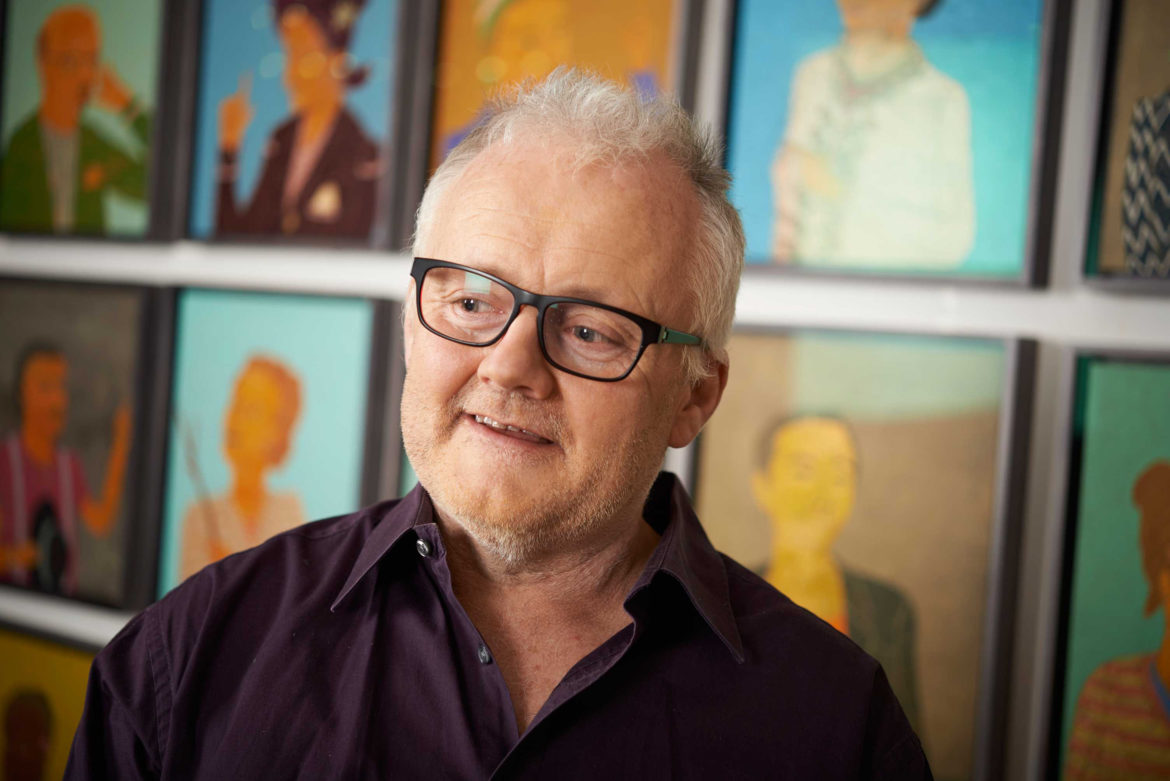 What is the real meaning of The Court of Redonda and what does it represent it for you?
The CoR attracted me as it became a vehicle for engaging with changes in society. I like the idea that a Court; those with influence, could be constituted of people who make things, think imaginative thoughts and explore ideas. Artists, writers and composers make decisions on an hourly basis, it is fundamental to what we do. I am not advocating a world run by a hippy ethos, but the arts are generally liberal, know no borders, forgiving, and affirmative.

The Court of Redonda is located in a place in between reality and fantasy. Where is the boundary between these two terms?
We have phrases like “the past is a foreign country”, or “don’t let the truth get in the way of a good story”, or, rather ominously the current favourite “fake news”. Redonda is real, the Court consists of people we are familiar with, Javier Marías is a respected writer. All this is true. CoR is also, of course a fabrication. A court without, a castle, without influence. It is symbolic, it is an idea; both playful and profound. Concrete ideas start with fanciful ideas.

Can you tell us how does your role of Viscount of Redonda coexist with the one of painter?
I have various odd titles added to my name: Educational awards, honorary degrees, and membership of Royal institutions amongst them. None make any difference to me, the greengrocer, the bank manager, or anyone else. Consequently becoming a Viscount (the most flowery of titles) of Redonda may as well be added to the pile with particular panache. I construct things, my hands get dirty, I travel exotic journeys in my head. I also, at times, dine with grandees, smile and con-joule. This is a ridiculous title, of course, but a large part of my life makes no sense either.

Did Javier Marias, the last King of Redonda, come to visit your exhibition in Venice?
Javier Marías has not been to Venice during the show. We are though in communication. He’s involved in the final stages of a new novel, there is need for few distractions.

The court of Redonda is a kind of fantastic monarchy. Which political message can we find in the Redonda’s system and how can we use it in the everyday society?
Some of this has been answered in the previous responses. Suffice to say that ideas and creativity have significance beyond power. Our political system, warts and all, is as much to do with being reelected as it does with wisdom and progress.

The court of Redonda is in way both timeless and a legend of the modern times. Does it mean we can still create mythological narratives based on the present days without inspirations from the ancient myths?
The figures in CoR are set in some undefined, timeless past. I am interested in the depiction of time in a static 2D images. How to deal with it. If I set everything as being absolute depictions of today, they are out of date tomorrow. Contemporary literature and cinema play with eras without the fear of being seen as old fashioned or nostalgic in a way that visual art is more nervous of. I am a contemporary artist, it’s not a problem. Whether these become mythological is a hard call, but mythology is not the preserve of the ancient Greeks.

All the rooms in Ca’ Dandolo show us a different chapter of your artistic work. They seems to tell us you are deeply interested in register, with your paintings, the peculiarities of the human beings or the anthropological differences from Casanova to the brexit triptych. Is it true? Gangs of New York, The life and Death of Casanova, The Brexit Triptych and of course, The Court of Redonda. Which is the connection between these geographical places and human beings, if there in one?
When I was younger I would make paintings and prints for exhibitions. These would be single paintings not directly connected with one another. One painting then another one, then another. When the exhibition date would come along I would select the best ones. In recent years I have replaced this practice by selecting an idea, and exploring it. It requires putting aside time, like a writer puts aside time to write a book. It results in bodies of work that are almost autonomous units. The Gangs of New York were a way of looking at a new city, I was living there then. Casanova, CoR, and State of the Nation also utilise a theme. These are bodies of work that belong together. I am interested in people, and I am interested in what they do. COR is a world of ‘everyman’, I wished to make beautiful paintings of people that were not necessarily beautiful, in fact I wanted the people to appear ordinary. They are given status by their inclusion in the court, their hanging in an august palazzo, held in perfect frames. I am interested in the idea of the ordinary being more extraordinary than the extraordinary.

Do you have any favourite character, or a charcter that inspired you, in the Court of Redonda, or in the other works in show at Ca’ Dandolo and why?
I do have favourite characters, but I won’t tell you who they are. I don’t want to elevate anyone to King, or Queen. I like that each viewer creates their own hierarchy, their own relationship. When paintings have one figure a dialogue is created between the viewer and the painted figure. It is one of the reasons the paintings are glazed, the reflection take the viewer into the painting; they bond. Si legano.

What does it mean for you the exhibition of the Court of Redonda in Venice for the 57° Biennal of Art?
I saw my first Biennale in 1981, I have seen several since. When offered this opportunity, and this venue in particular, I knew it was perfect for the Court. The State of the Nation paintings are my small protect at the tragedy of Britain’s decision the leave the EU. I am sorry to say that I was one of the few who recognised that given the chance Britain would leave. I feared it, I foresaw it, and I will have to live with it. The first painting was made as the announcement was given that a referendum would happen, the second, on the eve of the vote, and the third waited until I knew the result. The motif of a precarious rider is a reflection of the British love of the equine (society portraits of mounted gentry). It is also a nod towards the three paintings by Paolo Uccello, The Rout of San Romano, originally hung together, now on Florence, London and Paris. I always hoped (but I am realistic) that as a sign of European cooperation and harmony they could be reunited.

Could you give a suggest to a young artist who is reading this interview?
If an artist is young and they want this to be their life than they ought not learn any other trade; in moments of panic they will rely on it and be seduced away. If you make any money, then buy time. Be selfish and insistent and don’t compromise. And be inquisitive, and decisive. 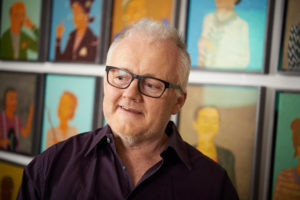 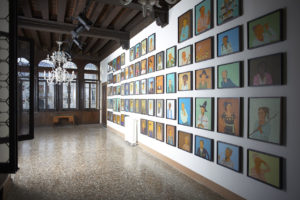 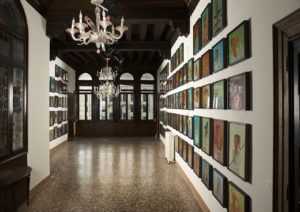 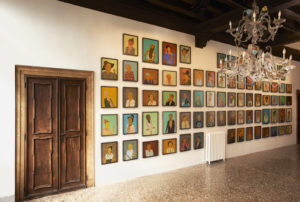 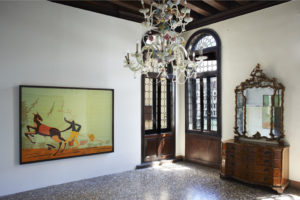 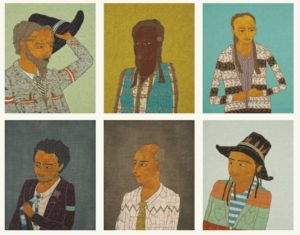