Stephen Chambers. The court of..

Mustafa Sabbagh. When black be.. 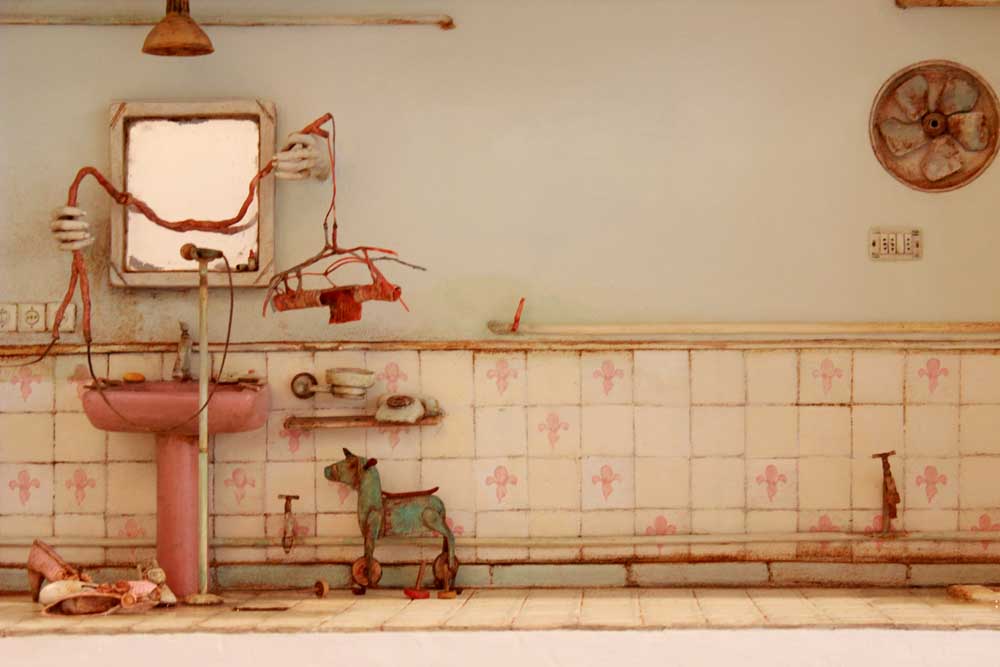 Music plays in the distance, melancholic Latin music; someone has passed by this house, we aren’t meant to know who, perhaps because time doesn’t exist down there. The presences are dreamlike, unconscious, they’re stories that continue in an undefined area  between past and present. In these places,  a language between primordial experience and memory comes to be established, and every object is permeated by time; they bring with them a breath of existence, before falling into oblivion, in this way transcending death.

The suggestions are intimate and ephemeral, innocent, and rarefied, but with sordid references. Creatures lead us into unknown realities, deceptive thinking and atrocious truths, This is the art of Iranian artist Saba Masoumian raising the curtain on both her works and the stage, or rather, her unconscious at the same time, her most atavistic and remote side, ushering us into the symbolic microcosm that is her world based on transcendence, metamorphosis, and restlessness. Her practice is enclosed in boxes that fascinate us with minute, poetic places outside the realm of time, fragile prisons through which fleeting existences have passed.  The artist builds detailed fragments of reality, moments of Purgatory: a rusty bathroom, an old rocking horse that recalls some child’s past, an abandoned pair of shoes, a cigarette forgotten left smoldering in an ashtray. These are works that are both  bleak and grotesque at once in which presences with often dualistic symbolism are born, fade out, and pass on, leaving us feeling out of place before the vitality of blood, which is shown to us even in its most maternal and naturally crudest form, the umbilical cord, as an inextinguishable bond with life,  its red color pulsing through the rooms, free to flow without taboo and vanish in a rusty drain on its way to death and suffering. Saba Masoumian’s works are stories of life and their areas of shadow. These tiny worlds reveal realities that never were, with legacies of sentiment and abandon from which arises the remembrance-camouflaging of pain. The objects the artist works so meticulously, such as a bar of soap, bathroom tiles, a mirror, human organs are vestiges, the poetry of memory, the deepest and most sincere remembrance, and for such reason the cruelest and most painful as revelations of the unconscious, which leads us to encounter the reminiscence of  repression experienced. Change is a continuing succession in the artist’s works, where pain is transformed into liberation, the representation of sexuality suppressed and then regained through the gloomy image of a goat’s bloody body hung from above, where a gash in the foreground  denotes the feminine reproductive organ, a femininity, a life that is reborn through the grace of a butterfly,  alive and iridescent, which with its naïve and multicolored wings alights on the dead animal’s body, giving it hope and dignity. It will then be the lovely lepidopteron, together with others, to find in a glimpse from a small open window, the force of the wind, the flight of independence and the much-longed for liberty. The artist is in continuous state of becoming in her works, growing and changing through her symbols, while remaining immensely bound to Mother Earth, always described with the most absolute simplicity even in her greatest harshness. This need to take flight, to fully experience the independence and emancipation obtained is clearly evident in the artist’s latest works in which her metamorphosis and development reach their zenith.

In this second act, an apparent and disconcerting innocence may be glimpsed in the artist’s attempts to free herself from the ghosts of the past in order to fall and capture those now present in the world around her. She leaves this task to extraneous, ingenuous and mythological figures, curious winged beings who serve as revealers of perceptions and feelings become extraneous to us by now, carriers of images that represent not only conviviality, but respect for nature and one another. In these works Saba Masoumian with her constant language of allegory describes the coldness of post-modern man, revealing his sentiment-stripped, mechanical nature and how his parts can be assembled like the components of some device or machine. The organs of love, reproduction, and sexuality are described crudely by the artist as if they were unconnected to one another and work solely by automatism by now. Masoumian addresses the concept of contemporary society here, of a modern man unable to communicate, narcissistic, voracious and egoistically possessive; these canvases document the links between sex and sentiment, the detailed relations of  sex organs presented as rabid and repressed, and the mirror of greedy beings who have abandoned their sentiments overcome by their frustrations, becoming disrespectful of society, themselves, and the environment.

The artists places her ability to reeducate us and return us to our primary instinctual sense in her extemporaneous and soothing presences, in other words, to our bond with the earth. The product is the noise of the silence of human complexity that arises wherever nature is near, and then the plots of lives not lived that echo always in the distance over our being and our darkness. 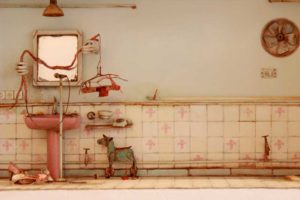 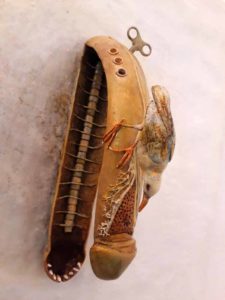 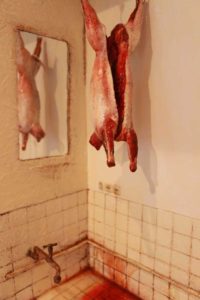