Enrica Borghi, on the tail of .. 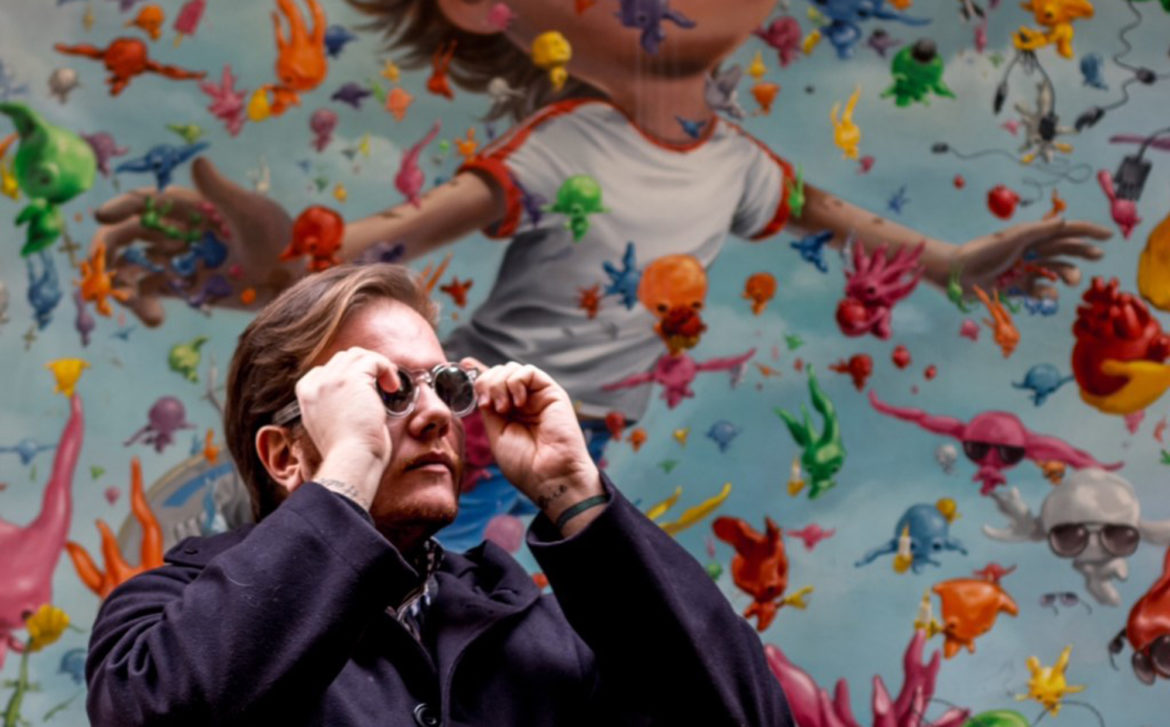 Can you give us your brief biographical profile and tell us why you decided to move on the rugged terrain of contemporary art?
Giorgio Chinea, 30 years old, from Padua, ever since with a passion for Art. In 2012 I graduated from the DAMS in Padua with a thesis on Performance Art and Marina Abramović. Later I moved to Milan for a few years, where I took a series of courses on curatorial practices and on contemporary art markets at the NABA. These were significant years spent among the most important exhibitions and museums in the country that made me understand the direction I had to take on a working level, even if I had already been practicing for some year as an independent curator and Art Director (TEdXPadova before and TedXCortina later).

How did you develop the project of founding a gallery in Padua, using a showcase-cabinet in the prestigious building of the Caffè Pedrocchi?
Padua is my city, I am very fond of it and I have always known that to start with a project I would have had to start from here. The Gallery came by itself, as a natural continuation of my previous activity and at the beginning of 2017 I decided to open here my little “concept gallery”, the Giorgio Chinea Art Cabinet, inspired by the Wunderkammer. Three showcases set into the west wall of the wonderful and prestigious Caffè Pedrocchi, located in the very heart of Padua. Three windows that give very great opportunities to artists I host, to create specific projects, often site-specific projects, very dynamic and engaging ones.

How is the city of Padua reacting to these proposals?
The city is reacting very well: I am fully satisfied in this respect. Padua is certainly not an easy city, it is extremely rich in history and culture, also tied as we put it to a more ancient tradition… Working very much with contemporary art, with Performance Art and with “events”, the opening of an exhibition for example often turns into a Happening, I declare myself very happy for the ever increasing presence of public, critics and citizens who participate in my openings.

Who are the artists with whom you started taking your first steps?
The inauguration of the Gallery, which took place in March 2017, was with an exhibition of Alberto Bortoluzzi who followed in his family’s steps. He is from Padua like me, and heir to one of the most important dynasties of Venetian painters: the Bortoluzzis in fact, masters of landscape painting between the end of the nineteenth century and for most of the 1900’s. Alberto, great-grandson of Millo Bortoluzzi Senior and nephew and pupil of Millo Bortoluzzi Junior, is a landscape painter like his predecessors.

Can you make a summary of 2018?
It has been a very intense year, and I would say a fundamental one for the Giorgio Chinea Art Cabinet. Last spring I had the honour of hosting Laurina Paperina, an internationally renowned artist whom I love very much, master of an ironic neo-Pop Art and tirelessy provocative with her “Last Judgment”. Then, in September it was the turn of Giovanni Motta, from Verona, a brilliant and extremely slick artist. The exhibition was called “Jonny Boy”. Finally, a great test: my first institutional exhibition realized with the collaboration of the Municipality of Padua and the local Museums, “Alberto Bortoluzzi, the legacy of the gaze” at the Galleria Civica Cavour a marvelous solo exhibition based on his landscape paintings in a dialogue with some of his great-grandfather and uncle’s works lent by important collectors and galleries.

What are your plans for 2019?
There is a lot already cooking, but I still do not feel like talking about it. However I can anticipate that there will probably be a great return of my beloved Performance Art! 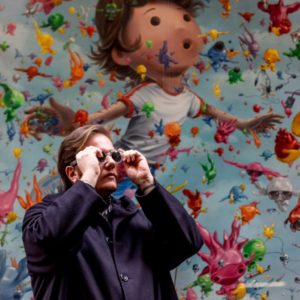 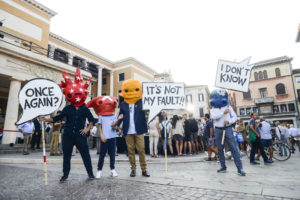 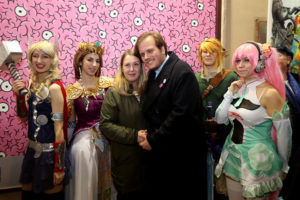