Over the years … Concetto Pozzati at de’ Fos...

Over the years … Concetto Pozzati at de’ Foscherari Gallery 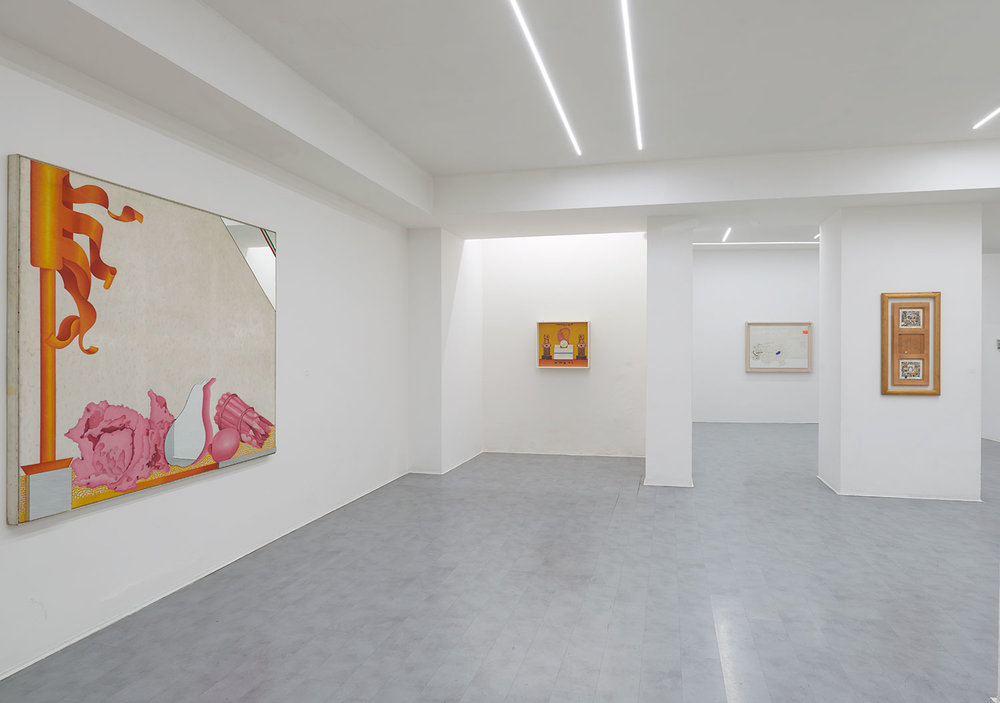 In 1963 Concetto Pozzati remained for three days and three nights inside the newly formed Galleria de’ Foscherari together with the artist friends Pirro Cuniberti and Luciano De Vita to work side-by-side at a work that was both personal and collective. The large canvas created on that occasion, entitled Great Orthogonal show, already presents some of the most salient aspects of the poetics of the Master and marks the beginning of a passionate collaboration with the gallery, which from 1964 to 2016 dedicated to the painter 16 solo shows and a new one should have been added this year, if his disappearance in August 2017 had not prevented it.

The exhibition Over the years … Concetto Pozzati at de’ Foscherari Gallery retraces this long intellectual and artistic fellowship through sixteen works (one for each of the previous exhibitions) from the gallery collection and a new canvas that was supposed to open the last exhibition in the program. Making art for Pozzati meant production of difference, deflagration of conflict and amplification of doubt, all suggestions that reflect the cultural program of the gallery, recently marked by the mourning of its co-founder Pasquale Ribuffo, who has always paid attention to various aspects of artistic experimentation with an insights that time has revealed winning. In tune with Pozzati, who liked to define himself as a “robber painter”, for having nurtured, at the outset, the atmosphere of informal and pop art and then oriented towards the belief that “the images are not born from the imagination, but only from other images”, also de’ Foscherari has always followed the evolution of the figurative art in the delicate conjuncture of the post-avant-garde dialoguing continuously with its protagonists. From this point of view, therefore, the exhibition is a fascinating immersion in the story of art caught in its making, in a very recent past that is on the way to be historicized but which is still active in the poetics of today, in a creative human adventure that reminds us that no digital platform can replace the fruitfulness of the relationships experienced in everyday life.

The selection of the works on show underlines the fascination of Pozzati for the artists he loved and his constant obsession with measuring himself against the history of art in a confrontation that he always understood as unequal but indispensable. “It is always better to be defeated by Bellini than by Koons” he said. “Painting is inalienable and has never been pre or post. It is always smarter than the painter because it has centuries of memory and experience, it is the painting who looks at you not only when you paint but also when you do an exhibition. “

Pozzati proceeded through pictorial cycles and when he realized he had exhausted each of them he was always ready to reinvent himself, to deny himself to start over, convinced that the painter’s success did not lie in a cunning recognition, but in the ability to make another picture that did not resemble the previous one. Always torn between originality and origina, he drew strength from his intellectual flaw that perceived as presumptuous impotence, as an extreme attempt to appropriate time and to stop it in a suspended and still present to understand the authentic sense of the past and its irreversibility.

The other key aspect around which the exhibition is focused is the omnipresence of the objects, from time to time painted, drawn, modeled, quoted or taken, objects that the painter never tired of fathoming and that he perceived as pitfalls, as charged ruins of memory that only through the artistic reworking acquired recognition and familiarity. Silent objects that, through painting, ripped apart the indifference of the routine to echo, magnified by nostalgia and affection in a space never saturated with images in the depths of which Pozzati loved to take refuge.

And then the landscapes, which the painter described as impossible after the crisis of painting in the post-avant-garde period, but which strenuously continued to paint as dissonant agglomerations of pictorial and conceptual matter that while screaming the defraudation and loss, were still able to be places and theaters of irreverent narratives born from the clarity of a look that could explore the invisible and return it in an infinite variety of tangible forms. Pozzati was well aware that the indiscriminate proliferation of images of digital society, what he called “the deluge of communication” would have made the resistance of painting even more difficult, but he identified his essence (and the root of his timeless relevance) in its ability to incorporate the world to turn it into a pretext for painting, without the need to simulate the real referent. Painting as a necessity, as an unpleasant solution to bring the entrails of the world back to the surface, as a rediscovery of the value of chaos and as an immersion in the slowness of a time that becomes presence.

Even the exhibition at the Galleria de ‘Foscherari requires a slow time, the time necessary to mentally review the creative story of a life, to stop at every stage and deviation catching anticipations and consequences and perhaps to try to feel as Pozzati did how the weight of objects, history and time overwhelms us at every moment. 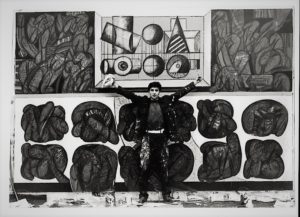 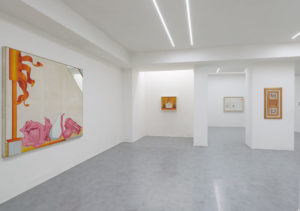 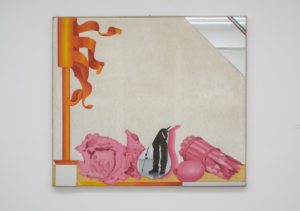 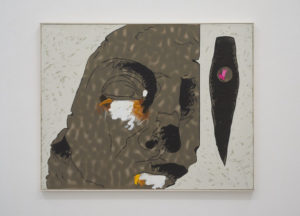 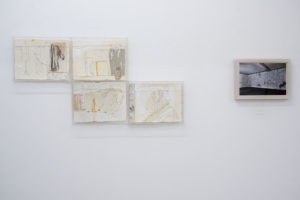