The fourth edition of Grenze – Arsenali Fotografici, a festival dedicated to contemporary international photography, opened in Verona, this year moving its headquarters to the Veronetta district at the Bastione delle Maddalene thanks to the collaboration with the UNESCO Relations Department and the Department of Culture – International Center of Photography Scavi Scaligeri of the Municipality of Verona. A rich program of events, which is concentrated from 1 to 10 September with appendices that last throughout the month, converge in a multifaceted reflection on the periphery understood as the need to look at the center with different eyes and as a laboratory that imposes a centripetal direction to recover waste and margins.

To deepen the project we had the pleasure of asking a few questions to Simone Azzoni, curator, art critic and teacher of Forms and languages ​​of art, who shares the curatorship and the artistic and organizational direction with the photographer and teacher Francesca Marra.

Emanuela Zanon: From what inputs did the idea of ​​this year’s theme come from and how was it articulated in relation to the programming of the exhibition events? Here I add another curiosity: why did you once again choose a German title?
Simone Azzoni: The input comes from the location of the main venue of the Festival: Bastione delle Maddalene. We wanted to be in the difficult neighborhood of Veronetta not as aliens out of context, but as an integral part of it. Thus the Periphery concept could be a possibility and an opportunity to reverse the direction of the centrifugal forces that tend to expel diversity and marginality, relegating them to the edges of the urban context. From those edges you can rethink the look to bring the gap back to the center. The choice of German, which comes from the historic site of our Festival (the Hapsburg Arsenal), allows us to be precise in defining the concept. A targeted word but thick and full of possibilities.

In the gardens of Bastione delle Maddalene the COVISIONI project is exhibited, in which the selected photographers tell the days of the pandemic. What reflections could emerge from this group show on the role of photography in documenting, interpreting and metabolizing the most pressing current events?
Dario Mitidieri and Joey L. are two different approaches to reportage. Likewise, Isacco Emiliani and Giuliana Traverso are two polar gazes on the landscape. These, like other points, constitute for us a constellation, a set of points to be joined to form a map useful for moving in the contemporary world. The Masters are the North Star.

One of the most significant features of the festival is the involvement of spaces not normally dedicated to art, a choice that in this edition seems to me particularly accentuated in the Inside Out Project, an installation on the hill of Bastione delle Maddalene which saw the environmental posting of large-scale portraits of workers. How were the photographed people recruited and what journey will their images take at the end of the exhibition?
We wanted to float, to bring out in the Veronetta neighborhood those workers who constitute the social glue in strict compliance with Article 1 of our constitution. Work is integration, so we have exposed the face of those who are resilient on a daily basis between fights, drug dealing, social discomfort. This idea was liked by JR and the Insideout project, which authorized us to execute the guidelines of JR itself. The photos, precisely because of the rules established by JR (the anonymity of the photographer, that of the workers, etc …) will be consumed in the place and decompose over time.

A large collective exhibition organized in collaboration with the International Center of Photography Scavi Scaligeri offers a selection of works by great photographers like Luigi Veronesi, Mauro Fiorese, Keith Carter, Christopher Morris, Gabriele Basilico and many others. What common elements emerge from this prestigious polyphonic ensemble?
The selection is accompanied by a text by Giusi Pasqualini who wrote about it: “Periphery in ancient Greek means circumference, from the verb peri-fero (to carry around, to turn) and therefore implies the existence of a center. This idea of ​​the center led to the perhaps unexpected choice of an abstract photograph such as Fotogramma 26 by Luigi Veronesi. And then the periphery is also that which, being outside a center, is at the margins, far away, contrasting, different. From the point of view of optics, as peripheral vision we mean the ability of our eye to simultaneously grasp what is happening in other directions than the central one. In this sense, the selected shots are exemplary of a photograph that undermines its characteristics, using filters, long times, techniques such as panning and blur to deconstruct the image and make it similar to what you see with the tail of the eye. Then there is the periphery connected to town planning, and the one that inevitably builds the war when with the destruction it turns every center into a desolate desert”.

Another fixture of the festival is that of Portfolio Readings, whose protagonists this year are Augusto Pieroni, Yvonne De Rosa and Stefano Mirabella, which offers emerging photographers the opportunity to receive feedback on their work from established professionals. Has it ever happened that this meeting, which interested parties access through a first remote selection, resulted in a collaboration?
Yes, of course, some of the photographers “seen” for example by Yvonne then exhibited in her gallery in Naples (Magazzini Fotografici) and the masters themselves triggered mutual collaborations starting from meetings that took place during the Festival. This is one of the objectives underlying our intentions: to generate contacts and promote new trajectories for young artists. Some that were in the Off section yesterday are now in the main selection of the Barcelona Panoramic Festival (directed by Fontcuberta). 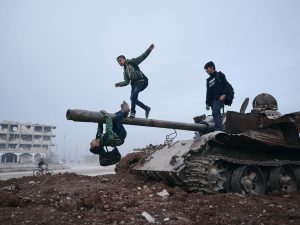 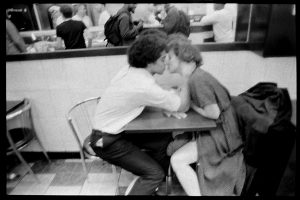 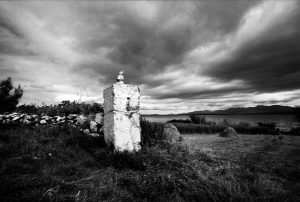 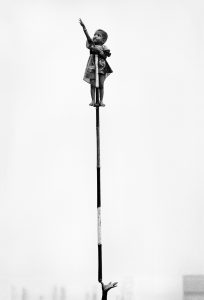